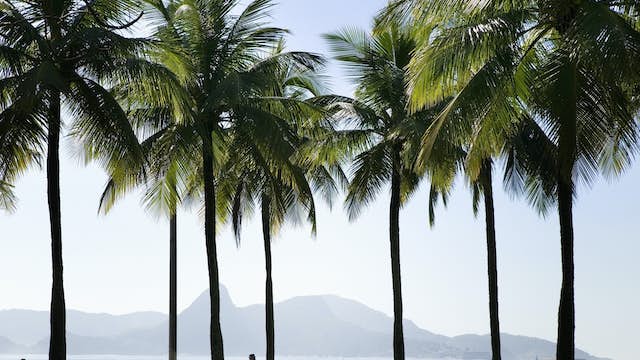 Officially called Parque Brigadeiro Eduardo Gomes, Parque do Flamengo was the result of a landfill project that leveled the São Antônio hill in 1965. It now spreads all the way from downtown Rio through Glória, Catete and Flamengo, and on around to Botafogo. The 1.2 sq km of land reclaimed from the sea now sees every manner of outdoor activity by cariocas (residents of Rio).

Cyclists and rollerbladers glide along the myriad paths, while the park's many football fields and sports courts are framed against the sea. On Sundays and holidays, the avenues through the park are closed to vehicle traffic from 7am to 6pm.

Designed by famous Brazilian landscaper Burle Marx (who also landscaped Brasília), the park features some 170,000 trees of 300 different species. There are two indoor attractions in the park: the Museu de Arte Moderna and the Monumento Nacional aos Mortos da II Guerra Mundial (Monument to the Dead of World War II).