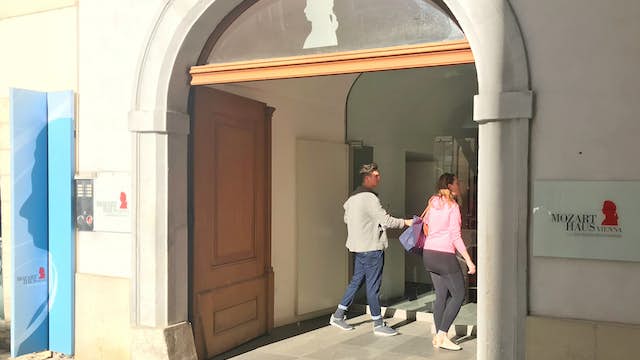 The great composer spent close to three happy and productive years at this residence between 1784 and 1787. Exhibits include copies of music scores and paintings, while free audio guides re-create the story of his time here. Mozart spent a total of 11 years in Vienna, changing residences frequently and sometimes setting up his home outside the Ringstrasse in the cheaper Vorstädte (inner suburbs) when his finances were tight. Of these, the Mozarthaus Vienna is the only one that survives.

The exhibition begins on the top floor, overlooking a narrow, closed-in inner courtyard, and covers the society of the late 18th century, providing asides into prominent figures in the court and Mozart’s life, such as the Freemasons (to whom he dedicated a number of pieces). Coverage of Mozart’s vices – his womanising, gambling and ability to waste excessive amounts of money – gives it an edge.

Retaining its original stucco ceilings, the middle floor concentrates on Mozart’s music and his musical influences. It was in this house that he penned The Marriage of Figaro. A surreal holographic performance of scenes from The Magic Flute is in another room. The final floor has Mozart's bedroom and a few pieces of period furniture in glass cases to give a feel for the era.