in The Hofburg & Around 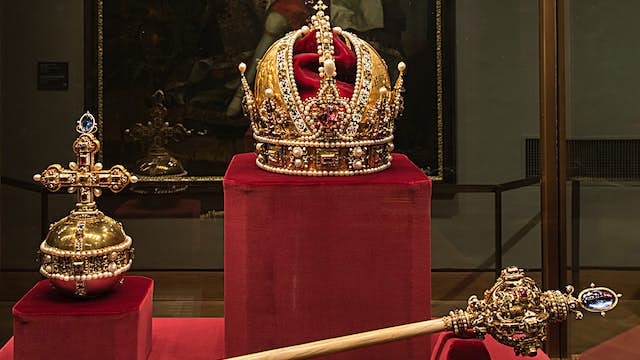 The Hofburg's Kaiserliche Schatzkammer contains secular and ecclesiastical treasures (including devotional images and altars, particularly from the baroque era) of priceless value and splendour – the sheer wealth of this collection of crown jewels is staggering. As you walk through the rooms you'll see magnificent treasures such as a golden rose, diamond-studded Turkish sabres, a 2680-carat Colombian emerald and, the highlight of the treasury, the imperial crown.

The wood-panelled Sacred Treasury has a collection of rare religious relics: fragments of the True Cross, the Holy Lance that pierced Jesus on the Cross, one of the nails from the Crucifixion, a thorn from Christ’s crown and a piece of tablecloth from the Last Supper.