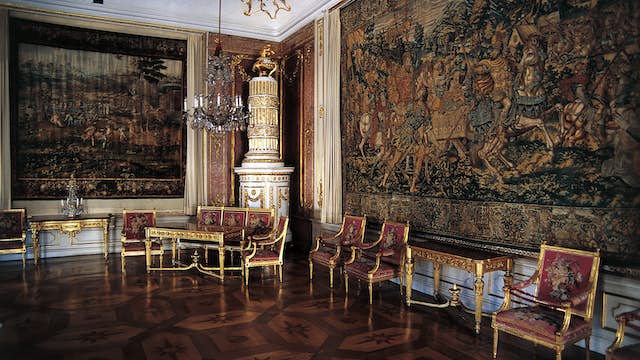 The crowning glory of Salzburg's DomQuartier, the Residenz is where the prince-archbishops held court until Salzburg became part of the Habsburg Empire in the 19th century. An audio-guide tour takes in the exuberant state rooms, lavishly adorned with tapestries, stucco and frescos by Johann Michael Rottmayr. The 3rd floor is given over to the Residenzgalerie, where the focus is on Flemish and Dutch masters. Must-sees include Rubens’ Allegory on Emperor Charles V and Rembrandt’s chiaroscuro Old Woman Praying.

Nowhere is the pomp and circumstance of Salzburg more tangible than at this regal palace. A man of grand designs, Wolf Dietrich von Raitenau, the prince-archbishop of Salzburg from 1587 to 1612, gave the go-ahead to build this baroque palace on the site of an 11th-century bishop’s residence.