in Bondi, Coogee & the Eastern Beaches 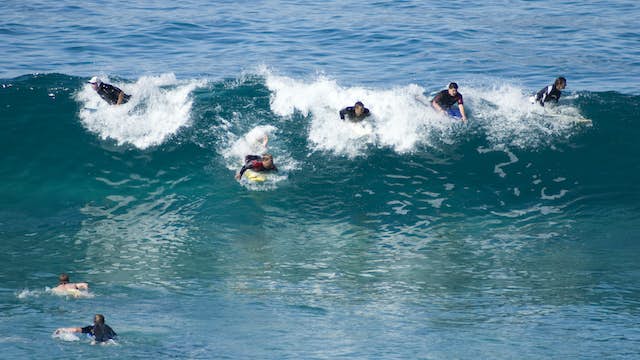 A winning family-oriented beach hemmed in by sandstone cliffs and a grassy park, Bronte lays claims to having the oldest surf-lifesaving club in the world (1903). Contrary to popular belief, the beach is named after Lord Nelson, who doubled as the Duke of Bronte (a place in Sicily), and not the famous literary sisters. There’s a kiosk and a changing room attached to the surf club, and covered picnic tables near the public barbecues.

Follow park inland to find a natural waterfall in a rare patch of remnant bushland.