Boston's reawakening: what's new in the 'Athens of America'

If you haven’t been to Boston recently, you’re in for a surprise. Or maybe not, as today’s trends are a re-ignition of ideas and identities that have long been integral to this historic city.

Take the rediscovery of Boston’s waterfront: this city was built on maritime trade, so its connection to the sea has always been vital. There’s a burgeoning art scene in Boston, but it grows out of a long-standing artistic legacy that earned the city the nickname 'the Athens of America'. And, there’s that fierce Boston pride, which has been reawakened since the 2013 Patriot’s Day bombings; but that, too, is at least as old as the world’s oldest annual marathon. Explore these storied neighborhoods and you’ll discover what’s new in old Boston. 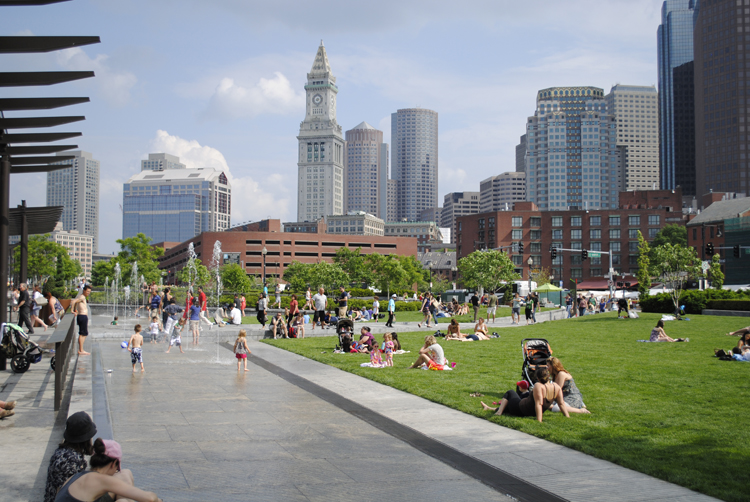 Starting right downtown, the gateway to the newly revitalized waterfront is the Rose Kennedy Greenway. Where once was a hulking overhead highway, now winds a strip of landscaped gardens and fountain-lined greens, with an artist market for Saturday shoppers and food trucks for weekday lunchers. Cool off in the whimsical Rings Fountain; walk the calming labyrinth; or take a ride on the custom-designed Greenway carousel.

From here, you’re steps from the harbor docks, bustling with Duck Boats, whale-watching cruises and ferries out to the Boston Harbor Islands. Anchoring Central Wharf, the New England Aquariumhas recently completed a six-year overhaul. The improvements are visible from the outside, as the Marine Mammal Center now incorporates the surrounding seascape. Inside, the revitalized Giant Ocean Tank features bigger windows, better accessibility and a brand-new, hand-crafted and hand-painted 'coral reef’, home to thousands of sea creatures. 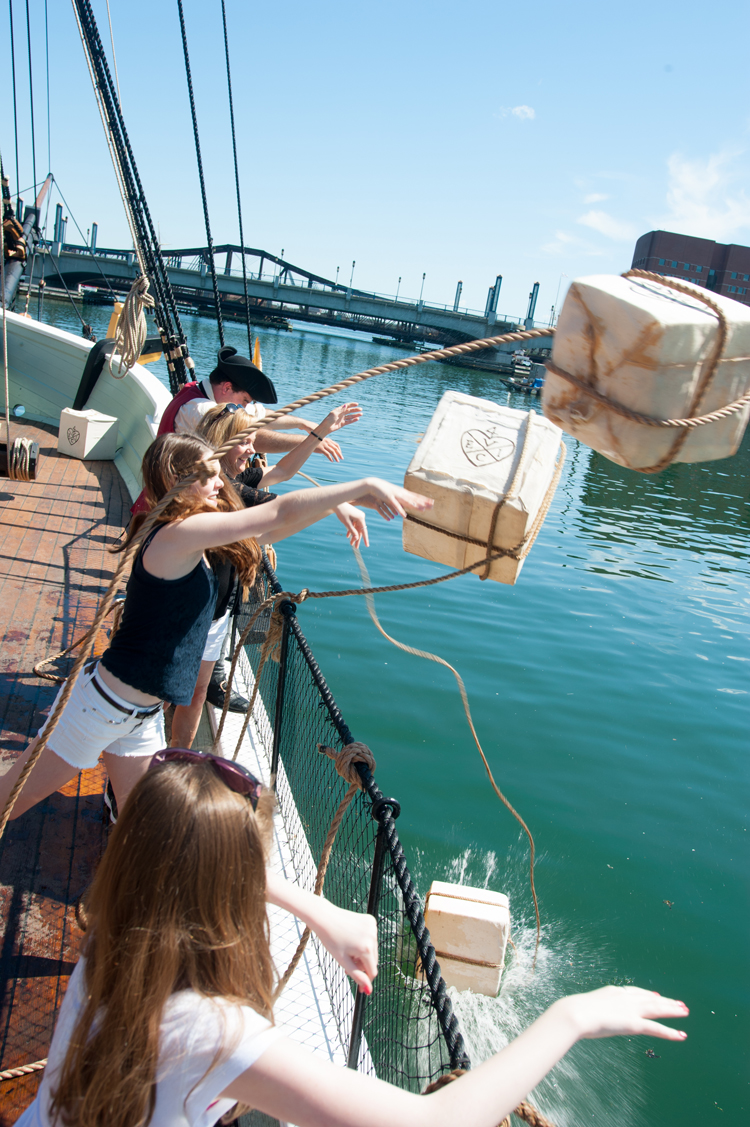 Stroll over the illuminated Northern Ave Bridge and enter Boston’s newest hotspot for dining, drinking and merry-making. Ten years ago, the Seaport District was a wasteland of warehouses and parking lots. Venerable institutions such as Louis Boston and the Institute for Contemporary Arts were among the first to relocate into dramatic new digs on the south side of the harbor. A few years later, the neighborhood was rebranded as the Innovation District, and developers, designers, artists and entrepreneurs started streaming in.

A native of South Boston, celebrity chef Barbara Lynch was an early advocate for the Seaport District. She has three different eating and drinking establishments in the area, the latest of which is Menton (mentonboston.com), an exquisitely over-the-top, prix-fixe dining experience. For a more casual, contemporary vibe, head across the street to Tavern Road (tavernroad.com), an artsy, urban café with irresistible craft cocktails. If you care to spend the night in the Seaport, bed down at the edgy and inspired Residence Inn by Marriott (www.bostonresidenceinn.com). Housed in a 19th-century warehouse, the boutique hotel incorporates the building’s unique architectural elements into its luxurious suites.

For less hipster and more history, visit the city’s newest museum, the Boston Tea Party Shipsat Griffin’s Wharf. The ships are replicas, but the museum experience is an immersive historical adventure. If you are swayed by the Sons of Liberty, who argue their position in costume and in character, you can join the fray and toss a crate of tea overboard from the Eleanor or the Beaver. 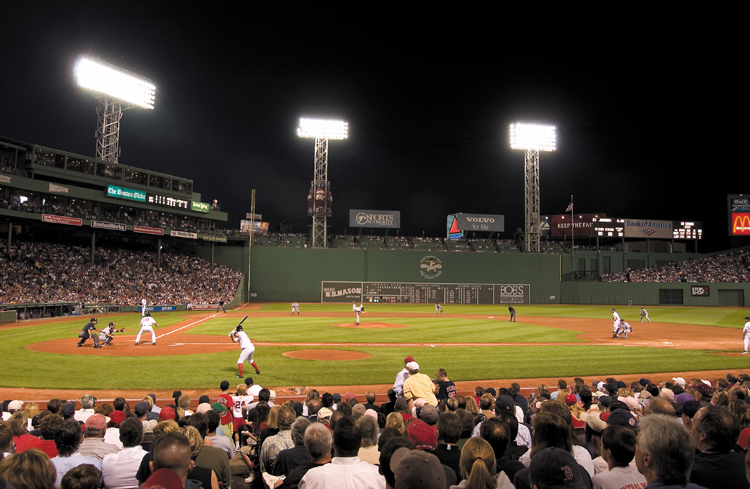 No trip to Boston in the summer is complete without a Red Sox game at Fenway Park. Photo courtesy of Greater Boston Convention & Visitors Bureau.

Another old/new in Boston: bicycles. As a part of a program to promote cycling, the city has introduced an innovative bike-share program, the Hubway, and painted more than 60 miles of bike lanes. Thanks to these efforts, Boston launched from Bicycling magazine’s list of 'Worst Bicycling Cities’ to its list of 'Best Bicycling Cities’ in five short years. Here is your chance to check it out: cycling is the most efficient way to get to the Fenway, the leafy green neighborhood that is a few miles west of Downtown Boston.

Your destination is the Museum of Fine Arts (MFA), Boston’s premier art venue since 1876. The museum’s pride and joy is the new wing dedicated to the Art of the Americas, boasting the world’s largest collection of John Singleton Copley paintings and an entire gallery dedicated to John Singer Sargent, as well as excellent exhibits on American Impressionism and Modernism. In 2011, the MFA also unveiled an expanded wing dedicated to contemporary art, bringing the museum into the 21st century.

Just down the road, the Isabella Stuart Gardner Museum also has a spiffy new addition, designed by architect Renzo Piano. The Gardner’s expansion was greatly anticipated and hotly contested, since the museum’s benefactor had famously stipulated that her palazzo should ne’er be altered. Indeed, the original building and collection have hardly changed, but the new wing allows the museum to host concerts, temporary exhibits and a dynamic artist-in-residency program.

History has it that Isabella Stuart Gardner was an avid Red Sox fan and a season ticket holder. Apparently, after a championship win in 1912, she showed her support (and scandalized her city) when she attended the symphony wearing a Red Sox headband. Thus it’s fitting to then stroll across the Fens and up Yawkey Way to Fenway Park. It’s the oldest ball park in America, proudly waving its newest World Series banner. The 2013 Red Sox championship was a cathartic event, symbolizing the city’s resilience after the tragedy of the Boston Marathon bombings that occurred six months earlier.

Here in Kenmore Square, you’ll find a few of the restaurants that Boston foodies are talking about. Island Creek Oyster Bar (islandcreekoysterbar.com) has united 'farmer, chef and diner in one space’—and what a space it is. ICOB serves up the region’s finest oysters, along with other local seafood, in an ethereal new-age setting. The specialty lobster roe noodles (topped with braised short ribs and grilled lobster) lives up to the hype. If you prefer to concentrate on drinking, go next door to The Hawthorne (www.thehawthornebar.com), a living room-style cocktail lounge that attracts the city’s sophisticates.

A few blocks west, at the corner of Comm Ave and Mass Ave, the aptly-named Deuxave (deuxave.com) is another highly lauded newcomer to Boston’s dining scene. Offering modern interpretations of French flavors, the place gets raves for lobster gnocchi and nine-hour French onion soup. 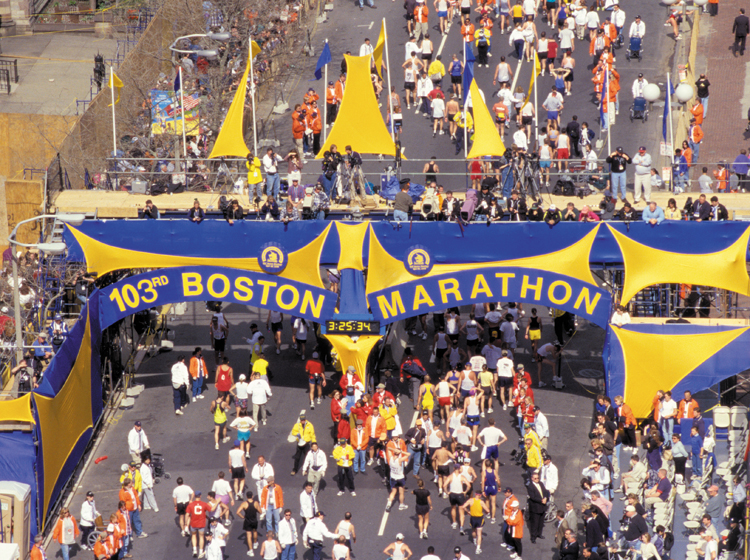 From Kenmore, you can walk, cycle or ride the T back up Boylston St to Copley Square, the finish line for the Boston Marathon and the site of the bombings in 2013. After the tragedy, a spontaneous memorial sprung up on this square, as mourners left flowers, signs and running shoes as tribute to the victims.

The items were eventually moved to the city archives, and a permanent memorial is being planned. Until it is erected, there is no physical remembrance. But Boston remembers. The 2014 marathon will include more participants than ever before, as runners line up to support last year’s victims. Hundreds of thousands of spectators will come out to cheer them on, just as they have since 1897. The 'Boston Strong’ spirit will be on full display. Everything is new, but nothing has changed.

Our Boston city guide gives you the historical background and local tips you need to rock in America's 'Cradle of Liberty'. And for places to rest your head, look no further than Lonely Planet's expert-recommended hotels and hostels in Boston.