The river cruise industry is experiencing a new level of interest as operators report a flood of bookings so far this year.

One major retailer, CruiseDeals.co.uk, says its agents are recording growth of up to 40% over the first nine months of 2016. Other leading lines such as Avalon Waterways and Fred Olsen also say their businesses are performing strongly.

Trips along the Danube and The Rhine are proving particularly popular as itineraries offer passengers the opportunity to explore such cities as Vienna, Budapest and Cologne as well as several other destinations. Cruise line companies are also seeing the increased attraction of river trips such as the Amazon in Brazil and Myanmar’s Yangon River.

Unlike their ocean-going bigger cousins, vessels used in river cruises tend to be much smaller. The reduced scale on board the boats give a more personal touch that companies say many passengers prefer. In response, cruise companies are pulling out all the stops by packing an impressive array of guest facilities on board.

CruiseDeals.co.uk Marketing Manager, Ian Crawford, stressed the intimacy of the smaller vessels as a positive for passengers, who because of their ship’s size, were able to go to and explore places bigger cruises simply could not reach. Crawford said it was rare to find first-time cruise customers reporting how they enjoyed the experience as much as veterans of such holidays.

Many of the river cruise ships still have the amazing amenities that many expect from a cruise ship. Viking’s Viking Rinda has a capacity of 190 guests, but provides its customers with such diversity on board as an on-deck putting green, an organic herb garden and an observation lounge. In the Avalon’s Avalon Myanmar, up to 36 guests can be accommodated where floor-to-ceiling windows are a feature of their bedrooms.

The Cruise Lines International Association (CLIA) disclosed that a further 18 new river cruise vessels will be launched this year – an overall 10% increase.

A 'bring your own cocktail' pop-up bar is opening in… 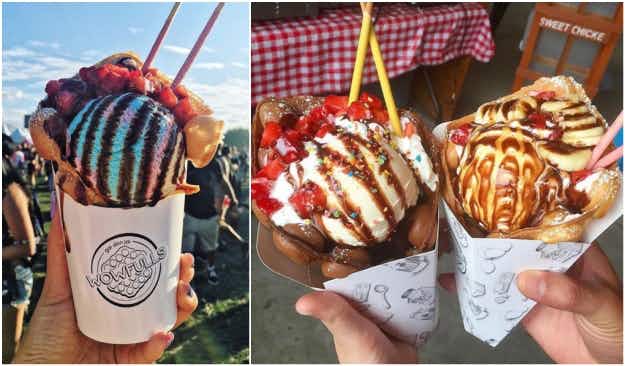 What a treat! A dessert festival is coming to New…