How travel brought me closer to home 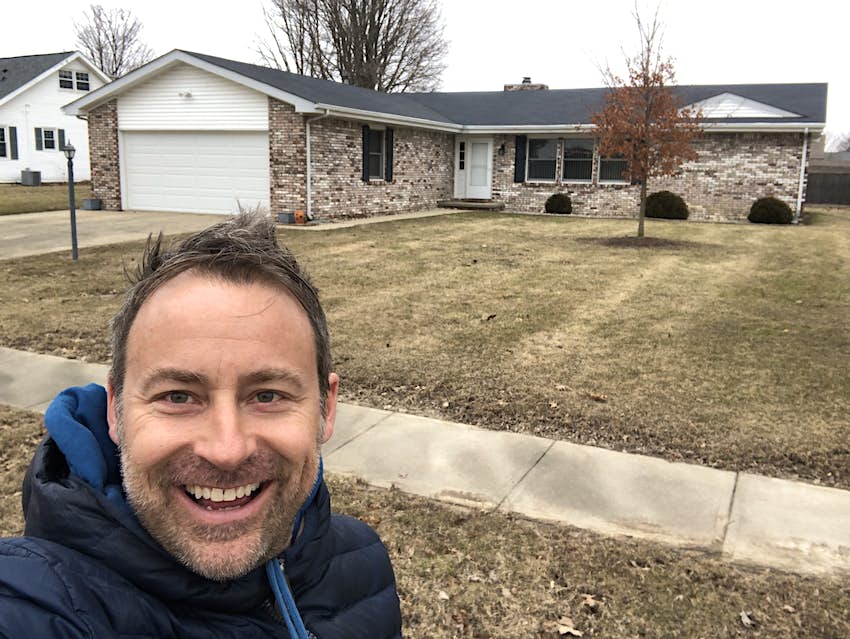 This is Indiana's Amish Country. As a travel writer, my life has always navigated between those places I know well (such as Atlanta, where I spent most of my young adulthood, or Bologna, Italy, where I live now) and the spots that are total discoveries. As the traffic slows at a red light, an Amish horse-drawn buggy zooms past, leaving the four-wheeled vehicles behind in its bucolic wake. I find myself firmly in the latter of those two categories.

But perhaps it shouldn't be all that unfamiliar. I'm a born and bred Indiana Hoosier, the unusual term applied to natives of the state. Although by now I consider my adopted city of Atlanta "home," I spent my formative years in a small Indiana town called Marion that's home to just 28,000 people.

Naturally, I never thought being from Marion would offer any advantages in my career as a travel journalist and Lonely Planet author, but I felt pretty confident when I pitched for the job of researching the Indiana and Illinois chapters of the newest Eastern USA guidebook. I was kind of a shoe in. I got the gig.

When I received my brief outlining my work for the project, I quickly realized that with the exception of Indianapolis (the capital), Bloomington (where I briefly attended university) and Brown County (a lovely early twentieth-century artist commune in Southern Indiana), I had never been to any of the destinations we covered in the guidebook. Truth be told, I really hadn't seen much of anything in Indiana in the 11 years I lived there. Shame on me.

Suddenly, I was blindsided by an astute observation: it took becoming a travel journalist as an adult to discover my home state's most iconic offerings for the first time.

The hometown of James Dean

First on my list was exploring the early stomping grounds of the region's native son: James Dean. I rolled into Fairmount to visit his gravesite, the James Dean Gallery and Fairmount Historical Museum (Dean was born in Marion but grew up 10 miles south in Fairmount; the family still lives on the farm). Fairmount is the epitome of small-town Indiana: a couple of silos, a stoplight or two and a whole lot of barnyard basketball hoops. It's a Corn Belt livin' fairytale in America's heartland.

The area is a pilgrimage for fans of the gone-too-soon Hollywood heartthrob. I was fascinated, too, but not only because of Rebel Without a Cause. I simply couldn't believe I had been to 106 countries yet had never visited the museum of one of Hollywood's most storied legends – just 13 miles from my middle school address.

Soon after, I made my way to Marion and swung by my father's grave site, which I do whenever I'm in town. It got me thinking to my childhood and how my family's idea of a fancy night out was dinner at an Americanized Italian joint called Rosie's Little Italy (still there!). Nowadays, I live in Italy and have eaten at Michelin-starred restaurants around the world, but you could have never convinced 10-year-old me that Rosie’s spaghetti and meatballs wasn’t the real deal.

From there, the Hoosier highlights kept coming at me: I could barely contain myself from photographing every single horse and buggy I saw in Amish Country, which felt like an alternate universe (founded in 1841, the Elkhart-LaGrange Amish community here is the world's third largest, some 20,000-strong). I discovered "Amish crack" – the sensational cinnamon-caramel donuts at Rise 'n Roll bakery. And the classic American roadsters on display at the Auburn Cord Duesenberg Museum in nearby Auburn or the Studebaker National Museum in South Bend will get the motors running of even the most fairweather of gearheads, myself included.

Not far from Chicago, America's newest national park beckoned, promoted from state park status just a few days before my research trip. Indiana Dunes National Park hugs the Lake Michigan coastline. At West Beach, I was astonished to find the entirety of Lake Michigan frozen solid as far as the eye could see (I was researching in March, it simply hadn’t occurred to me that I would arrive to a beach buried in ice!). Nearby in charming Chesterton, Riley's Railhouse, converted from a 106-year-old decommissioned freight station, makes for Indiana's most interesting boutique hotel.

And what on earth was going on in Columbus? This small Indiana town one hour south of Indianapolis is chock-full of modernist architectural wonders commissioned in the 1940s by Fortune 500 engineering company Cummins and its visionary former President/Chairman J Irwin Miller. Mid-20th century masters like Eero Saarinen, Richard Meier and IM Pei designed the library, the schools, the fire stations, the churches. I have co-authored over 100 Lonely Planet guidebooks on four continents and it's one of the most interesting places I have ever been. The Victorian Inn at Irwin Gardens is one of the most beautiful sleeps I have ever seen. Who knew?!

Further south, on the Kentucky border, two more gems loomed. New Harmony felt like a real-world Leftovers episode. It was here that an early 19th century German Christian sect, the Harmonists, developed a sophisticated town while awaiting the Second Coming. And in the meantime, they built a fascinating roofless church. Later, I was hypnotized by gorgeous Madison, which flanks the Ohio River along the Kentucky border, and is home to an idyllic downtown that counts as the largest contiguous National Historic Landmark District in the US.

Madison is the kind of beautifully preserved river settlement that turns even the most hardened urbanites into sentimental small-town dreamers. "I could live here," you find yourself thinking. My dad was probably onto something when he accepted a job in 1962 as the manager of Madison's Singer Corporation retail store. I took the time to do a drive-by of my parents’ old home – of course, I had never seen it before.

And don’t even get me started on the craft breweries scattered all over the state. From 3 Floyds Brewing Co and Iechyd Da in the north to Wood Shop and 450 North Brewing Co in the south, Indiana is a damn fine state for a beer. Of course, craft beer wasn’t a thing when I was a kid – Dad was just fine drinking Schlitz and Coors.

I may not have begun to sharpen my pallet for craft suds until I moved to Atlanta, as with so many other tastes we acquire well into adulthood. But I'm glad I returned to Indiana with the greater appreciation for place you develop after some time away. Now I recognize clearly what my father saw, and that's how wonderful Indiana has always been.

I fled civil war. Now I travel the world
How I quit my job to become a travel writer
Why Alaska's stunning coast is best seen by ferry

8 min read • Published about 1 hour ago

8 min read • Published about 13 hours ago