11 top things to do in Auckland: experience the best of New Zealand's largest city

Situated on a narrow strip of land between the west coast and Hauraki Gulf, Auckland is arguably one of New Zealand's most geographically blessed cities.

Within the city limits, there are around 50 volcanoes, dozens of islands and countless beaches. It's also the country's most populous city, with over 1.6 million people calling it home. All that mingling of people and topology make Auckland a place worthy of your time. You can spend a day or two seeing the major attractions, but there's also plenty to see and do in Auckland beyond the city center.

To discover the best parts of in and around the city, consider hiring a car and hitting some of the places where locals love to hang out. Here are the top things to do in Auckland.

One of the major attractions in Auckland is Mt Eden, or Maungawhau – one of the city’s approximately 50 dormant volcanoes, and a protected archaeological site that's both historically and spiritually significant to Māori. It’s an easy, if steep, walk up to the summit, where the hill abruptly disappears into a remarkable 50m (164ft) crater.

While most visitors amble along the grassy banks of the crater and admire sweeping views from its rim, you can also join a hikoi (Māori walking tour) for special insight into this sacred place, bringing the mountain and its history to life while learning more about Māori culture.

2. Take a yoga class on top of the Sky Tower

The Sky Tower dominates the skyline and is a distinctive feature of the city. Offering panoramic views of Auckland and its harbor, going up the Sky Tower is one of the most popular tourist activities in Auckland.

Planning Tip: For a unique experience – and to visit at one of the quietest times – head up early in the morning for a yoga class on the observation level. On clear days, you can watch the sun rise over the Hauraki Gulf and see the nearby islands silhouetted against the morning sky. It’s a serene way to see the city.

If yoga isn’t your thing, you can visit the Sky Tower during the day, of course, or experience the views from the revolving restaurant. More adventurous visitors can take a walk around the building's edge, or even jump from it.

For a glimpse into some of Auckland’s diverse cultures, visit a night market. Held at different locations around the city, they usually take place in undercover venues (often car parks) and are all-weather events. The markets are busy and vibrant with eclectic stalls, live performances and the mingling scents of different cuisines.

Planning Tip: Food is the main draw, so go hungry and taste different dishes from around the world. There is always a wide range of Asian food on offer – be sure to try the dumplings – and usually a mix of other flavors as well, including some Western staples and delicious desserts.

4. Watch the sunset at Muriwai Beach

Some of Auckland’s most remarkable beaches, known for their rugged landscapes, rough surf and sparkling black sand, are found on the West Coast about a 40-minute drive from the city center. Muriwai is a favorite, with a long, dark beach that stretches far into distance. The black sand can get very hot during the day, and late afternoon is a cooler time to visit.

Planning Tip: Arrive a little before sunset and walk up the cliff to see the gannet colony and catch a peek at the seals (and the occasional shark) visible in the waves. Then, as the sun begins to dip, head onto the beach and walk along the water. The setting sun is reflected on the waves and the dark sand – the effect is mesmerizing and somewhat otherworldly. If you’re tempted to swim, just be aware that the currents are very strong, so be cautious, especially as lifeguards usually leave in the late afternoon.

5. Hike up a volcano on Rangitoto Island

Auckland’s youngest volcano rose from the sea some 600 years ago, and its dark cone is easily visible from much of the city. Now dormant, Rangitoto Island is a scenic reserve just a 25-minute ferry ride from the city, making it an easy option for a day trip.

Hiking to the summit is the most popular activity on the island, and the trail only takes about an hour, winding through native bush before reaching the top with spectacular views of the Hauraki Gulf. If you'd prefer a longer hike, there are a number of other trails on the island, including a route to nearby Motutapu Island that's only available at low-tide. Just remember to wear sturdy shoes, use sunscreen and bring food and drink with you, as there are no shops on the island.

For a taste of local seafood, head to the Fish Market in Wynyard Quarter in the city. Take your pick from the eateries and enjoy fresh fish the way you like it best, whether that’s sashimi, poke bowls, lobster rolls or traditional fish and chips.

Enjoy your food outside at a seat in the sunshine, and on the weekends you’ll often be treated with live music. After you’ve finished eating, take a stroll through nearby Silo Park, where you’ll find events in the summer and a nearby playground where the little ones can burn off some energy.

7. Take a ferry to Devonport

From the city, it’s only a 15-minute ferry ride to Auckland’s North Shore and the charming suburb of Devonport. The ferry itself gives visitors an opportunity to see the city from the water and gain an appreciation for the number of the boats in the harbor – Auckland is called “the city of sails” for a reason.

When you arrive in Devonport, walk along the coast past the Navy Museum and up North Head, or Maungauika, one of Auckland’s many volcanoes, which juts out into the harbor. From here, you’ll find stunning views of the city and Rangitoto Island. North Head also houses a network of historic tunnels and military defenses built during WWII. On your way back to Devonport, explore the colonial village and pick a local restaurant for lunch – there are a few good options to choose from.

8. Head to Ponsonby Road for shopping and drinks

If you enjoy shopping, head to the city-fringe suburb of Ponsonby and spend an afternoon strolling down Ponsonby Road. Lined with shops, cafes and restaurants, the street showcases local designers and boutiques with a few chain stores thrown in.

Planning Tip: Ponsonby Road really comes alive in the evenings, so hang around for cocktails after the shops close. The bars fill up quickly with a mostly local crowd, and the people watching is excellent. If you end up staying out a bit longer, there are some lovely places to go for dinner.

9. Climb up or bungee jump from the Harbour Bridge

True to its name, Auckland Harbour Bridge sweeps across the harbor, connecting central Auckland to the North Shore. The bridge is only open to cars and doesn’t usually allow for pedestrian access; however, adventurous visitors can take a guided tour to the summit, where they'll be rewarded with spectacular views of the city – a great activity for those who want to see Auckland from a different vantage point. It’s a steep climb along dedicated walkways, and it can get very windy as you climb up. Seeking a more intense adrenalin rush? You can also bungee jump from the bridge.

10. Hike to a waterfall in the Hunua Ranges

New Zealand is known for its lush forests and natural features, and Auckland is no exception. If you enjoy the outdoors, go hiking in the Hunua Ranges, about an hour southeast of the city center. There are two waterfall trails: the Hunua Falls loop walk (20 minutes return), and the more strenuous Cossey/Massey loop (3 hours plus), which takes you up through a reservoir and back via a creek, both good places for a swim.

Both trails meander through the native bush, with ferns, dappled sunlight and huge, ancient trees. Take a picnic and have lunch by the waterfall or beside the river. Remember to clean your shoes carefully at the stations before entering the forest to help prevent the spread of kauri dieback disease, which can kill the local kauri trees.

11. Eat fish and chips on the beach

Eating fish and chips on the beach on a summer evening is a quintessential Auckland experience. There are many beaches to choose from, and almost all of them have a small fish-and-chips shop somewhere close by. Expect your fish to come battered unless you ask for it crumbed, with a large scoop of chips, wrapped in paper.

Planning Tip: Fish and chips followed by an after-dinner stroll along the sand is an extremely popular thing to do on Friday nights, with beaches like Mission Bay and Takapuna Beach vibrant during the summer months.

Auckland is on our 2022 Best of Travel list. For more stories from some of the world’s most exciting destinations click here.

This article was first published December 2021 and updated August 2022 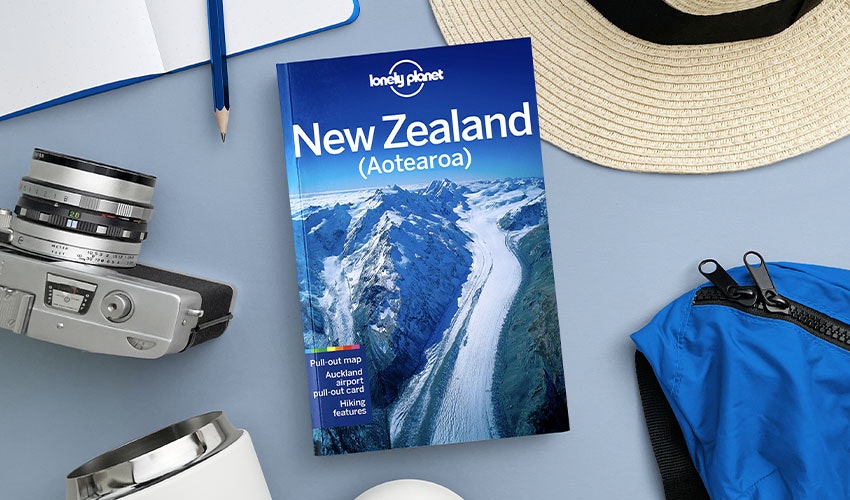