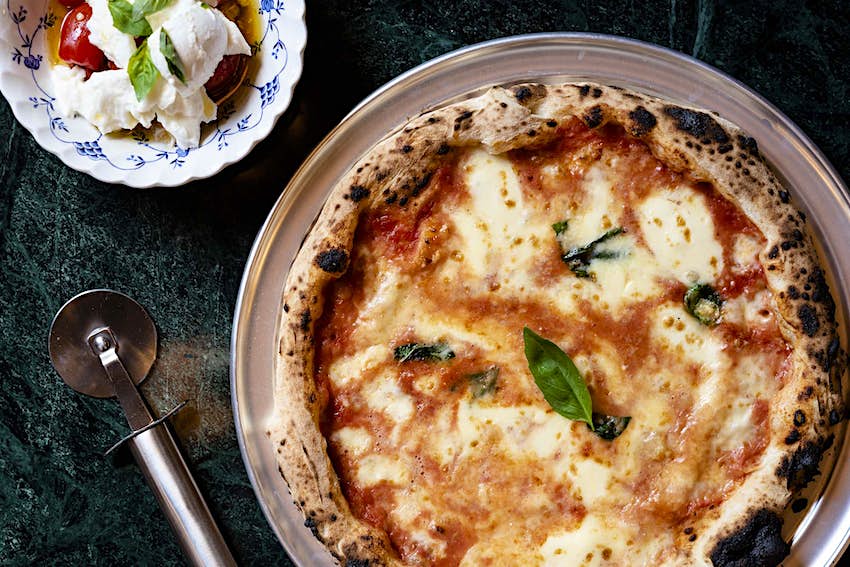 There’s no denying that pizza is, down to its very soul, an Italian creation, from its ingredients to the names of the most popular pizzas - Margherita, Quattro stagioni, Marinara, you name it. While it might be a while before we can make it to Italy - plenty of restaurants around the world serve authentic Italian pizza, and the 50 Top Pizza guide can help you find them.

Each year, the company releases an up-to-date guide to the 50 best pizza restaurants in Italy, Europe, and North America. The way it works is simple - customers nominate their favourite pizzerias, and then the 50 Top Pizza “agents” visit all the places anonymously, so that they’re able to rate them in the fairest way possible. This year the awards feel more special. Not just because the quality is so good. As the hospitality industry around the world continues to be impacted by the coronavirus pandemic, restaurants need our support more than ever. And these awards are giving us many reasons to cheer.

Check out the top 10 below.

For the second year in a row, 50 kalò holds the top spot. The restaurant opened in summer 2018 on London’s prime location of Trafalgar Square. It’s owned by chef Ciro Salvo, hailing from Naples, who has carried to the United Kingdom with him, his city’s history with pizza as well as his own - since he learnt how to prepare the perfect pizza in his grandmother’s restaurant in Italy. His London restaurant, “English and Mediterranean style”, seats 90 people and offers some of Ciro Salvo’s most famous pizzas, like the 50 kalò, the Montanara and of course, the Margherita - it also has the kitchen in open view of the restaurant’s patrons, so they can see for themselves that the pizza they’re going to eat is perfect at every stage of its preparation. Ciro Salvo himself also scooped the prestigious Best European Pizza Chef of the Year award, and the restaurant also bagged the award for Best Service 2020.

2. Via Toledo Enopizzeria in Vienna (Austria)

Second place goes to Via Toledo Enopizzeria in the heart of Vienna with its authentically Neapolitan pizza. "Entering Francesco Calò’s pizzeria is a culinary journey that starts from the montanara with tomato sauce, basil and pecorino cheese to end with pasteria napoletana and sfogliatella, two colossal symbols of Naples," say contest organizers. The menu is a mix of classic and gourmet that is paired with celebrated Italian wine. The Austrian pizzeria was also recognized by other awards including Performance of the Year 2020 and Best Wine List 2020.

Bijou, a restaurant owned by Neapolitan chef Gennaro Nasti and located in Paris, in the famous Montmartre neighbourhood. It opened in November 2016 and has since provided the French capital with a wide selection of carefully-crafted pizzas based exclusively on seasonal products - which means that the menu changes quite often throughout the year according to what is available. Chef Nasti works at perfecting his own brand of creative pizzas, balancing the ingredients so as to create something innovative that still respects tradition - a tradition that has been accepted by Unesco as a part of its World Heritage program. His Tonno e Cipolle (Tuna and Onion) creation was named Pizza of the Year 2020. Bijou seats around 30 people and ten more in the beautiful terrace that looks onto the Montmartre hill.

The Danish restaurant BÆST appears in fourth place of the 50 Top Pizza list and the award for Innovation and Sustainability 2020. Located very close to the Assistens Kirkegård in the Nørrebro district of Copenhagen, it opened in 2014 under the gastronomy collective Relæ Community - which comprises “four restaurants, a bakery, a wine import, a cocktail bar and a farm that work in close synergy”. All of the pizzas served at BÆST are organic, with locally-sourced flour and cheese and meat coming from right above the restaurant, from a small micro-diary and butchery which produces everything on-site. The flavour of the Mediterranean isn’t lost this far up north, since all pizzas are cooked in wood ovens that were custom-made for BÆST in Naples - pizza’s very own birthplace.

The Belgian restaurant La Pizza è Bella took fourth place in the 50 Top Pizza ranking and the Made in Italy 2020 award for its commitment to authentic Neapolitan pizza and dishes. A full Neapolitan experience in the center of Brussels is provided in this "well-established restaurant in which traditional Neapolitan dishes, especially those with seafood, are accompanied by well-made and well-leavened pizzas cooked in a wood-fired oven." La Pizza è Bella is noted for its excellent customer service, and wide range of Italian beers and wine selections.

Not only did this Berlin restaurant scoop the sixth spot, it also won the "Best Gluten Free Pizza 2020" award and the award for "Best Fried Food 2020." Emmanuele Cirillo has been managing the Malafemmena pizzeria since 2017 in the Friedenau district of Berlin bringing a taste of Campania to the German capital. Noted for its excellent Neapolitan-style pizza, this is one of the more upbeat establishments on the list with regular live music sessions and a vibrant drinks menu.

In seventh place, there’s Lilla Napoli, located in Falkenberg, a city in the southern part of Sweden. The restaurant follows the best Neapolitan tradition while putting its own spin on its pizzas, because, as they say, “if there are around 3000 pizzerias in Naples, there are also as many styles of pizza”. While the menu changes often according to the chef’s creations and seasonal products, you can, of course, be sure to always find the evergreen Margherita waiting for you to enjoy it. “We are generally not interested in lists,” the staff of Lilla Napoli told Lonely Planet when they made the top 10 last year. “But we are happy to be acknowledged”.

8. nNea Pizza in Amsterdam (the Netherlands)

Last year nNea was ranked 13th but this year it bagged a spot in the top 10, coming in at number eight. The restaurant ranked high because of the quality of its cheese, tomatoes and especially its pizza dough. It takes about 50 hours to prepare the dough, in order to make it soft and air. All that TLC has come in handy as the restaurant is one of the most popular spots in the Dutch capital for pizza. Not bad for a restaurant that just opened in February 2019.

It’s back to Copenhagen with the fifth restaurant on the list, the Pizzeria Luca. One of the youngest on the list, it opened in the centre of the Danish capital in March 2019. The restaurant bagged the fifth spot in 2019 just two months after its opening, telling Lonely Planet, "we had only been open for two months when we received the award, and even though we knew we had a good product it still came as quite a surprise. Ever since we’ve been working hard to live up to this achievement, but also to improve so we can climb all the way to the top of the list." One of Pizzeria Luca’s trademarks is right there in its name - it’s called Luca in honour of pizzaiolo Luca Platania, famous for his pizza dough, which was cold raised for 72 hours. That’s exactly what Pizzeria Luca does with its dough before it turns into delicious pizzas.

Last but definitely not least, the restaurant Fratelli Figurato closes off the top ten. Celebrated for its “reinvention of the Neapolitan style" with its Caserta-style pizza made up of a light dough and well-structured crust. The margherita, white, and fried pizzas are the most popular and all are ccompanied by a good selection of beers and wines. Top 50 Pizza says "the environment is youthful, cheerful and welcoming, and there is no question regarding the quality of the product" and praises the attentive service.

When is the best time to visit South Africa?

The 25 best hikes in Oregon past mountains, waterfalls and dunes

9 min read • Published about 15 hours ago