Le Marche is one of Italy’s best-kept secrets. Sandwiched between the Adriatic and its better known neighbours Tuscany and Umbria, this quiet and sparsely-populated region has long slipped under the travel radar. Yet with a string of charming hilltop towns and a landscape ranging from snow-capped Apennine peaks to dreamy beaches and otherworldly caves, it’s the perfect place to experience Italy without the crowds.

Here are seven reasons why Le Marche should be on your next Italian itinerary.

There’s nowhere better to revel in Renaissance art than Urbino. The town was a major cultural centre in the 15th century and it was here that the artist Raphael was born in 1483. Still today, its historic centre hums with activity as students mill about between lectures at the local uni. Urbino’s superlative art collection adorns the Galleria Nazionale delle Marche in Palazzo Ducale, itself a formidable example of Renaissance architecture. Check out Piero della Francesca’s Flagellazione di Cristo (Flagellation of Christ) and La Muta (Portrait of a Young Woman), an enigmatic work by Raphael who grew up nearby at the Casa Natale di Raffaello.

Rivalling the Cinque Terre for beauty, the Parco del Conero boasts one of Italy’s most glorious coastal stretches. Here, the cobalt blue waters of the Adriatic lap onto pristine pebbly beaches backed by white cliffs and aromatic woods of pine, oak, beech and oleander trees. The area is well known locally but relatively few foreign travellers make it here, and it retains a peaceful, unspoiled air. Its central resorts are Portonovo, Numana and Sirolo, from where you can walk to two of the area’s best beaches: Spiaggia Urbani and Spiaggia San Michele.  Another idyllic beach, the Spiaggia delle Due Sorelle, is accessible by summer-only ferries from Numana.

Street food in Ascoli Piceno means olive all’ascolana (fried olives stuffed with minced meat). These crispy bite-size snacks are a long-standing local speciality and you’ll find no end of takeaways and bars serving them. Food apart, Ascoli is an animated provincial town with an elegant historic centre punctuated by majestic churches and photogenic piazzas such as Piazza del Popolo and the nearby Piazza Arringa. To catch Ascoli at its most festive, come in April for the fried food fest Fritto Misto all’Italiana.

Along with its rugged peaks and silent green valleys, Le Marche also counts thrilling underground treasures.  The Grotte di Frasassi is one of Europe’s largest cave systems, a subterranean wonderland that has been gouged out of the karst undersoil by the river Sentino. Guided tours take in features such as the Ancona Abyss, a giant chamber reaching heights of 200 metres, and the Gran Canyon, a haunting space full of monumental stalactites and stalagmites. The caves are situated in remote hill country near the village of Genga in the centre of the region. To get to them from Ancona, take the SS76 and exit at Genga-Sassoferrato.

One of central Italy’s great wilderness areas, the Parco Nazionale dei Monti Sibillini is the highlight of Le Marche’s mountainous southwest.  The park, which boasts 10 peaks over 2000m, is wonderfully unspoiled and, with an extensive network of hiking and cycling trails, it’s a paradise for outdoor enthusiasts. Base yourself in the hill town of Sarnano and take to the wilds on walks to places such as the Gola dell’Infernaccio, a rocky canyon near the village of Montefortino. The park was hit hard by a spate of earthquakes in 2016, but most roads and walking trails are now up and running again.

Taking in an opera

Travel to Le Marche in the summer and you’ll discover the hills really are alive with the sound of music – the region hosts two big opera festivals. The month-long Macerata Opera Festival draws aficionados from across the country to the handsome hilltop town of Macerata where performances are staged at the Arena Sferisterio, an outdoor neoclassical theatre. Further north, the bucket-n-spade seaside resort of Pesaro pays homage to its favourite son during the two-week Rossini Opera Festival. Gioachino Rossini, composer of The Barber of Seville, was born in a tall Pesaro townhouse, now museum, in 1792.

A pilgrimage to Loreto

The name Loreto may mean little to foreign visitors, but it’s well known to Italians as a major pilgrimage site. Each year thousands of worshippers make their way here to visit the Basilica della Santa Casa. This majestic church, visible from miles around with its soaring dome and 75m-high bell tower, contains the house where the Virgin Mary supposedly grew up. According to legend, the Santa Casa, now ensconced in an ornate marble screen by Bramante, was brought from Nazareth by a host of angels in 1294 after the Crusaders had been expelled from Palestine.

Getting to and around Le Marche

Le Marche’s main transport hub is the Adriatic port city of Ancona. International flights serve Marche Airport just northwest of town, while ferries sail to and from destinations in Greece, Croatia and Albania.

Once in the region, trains run up the coast and buses serve most inland towns and villages. Realistically, though, you’ll want your own wheels for exploring the region’s verdant hinterland. Car hire is available at Marche Airport and Ancona train station. 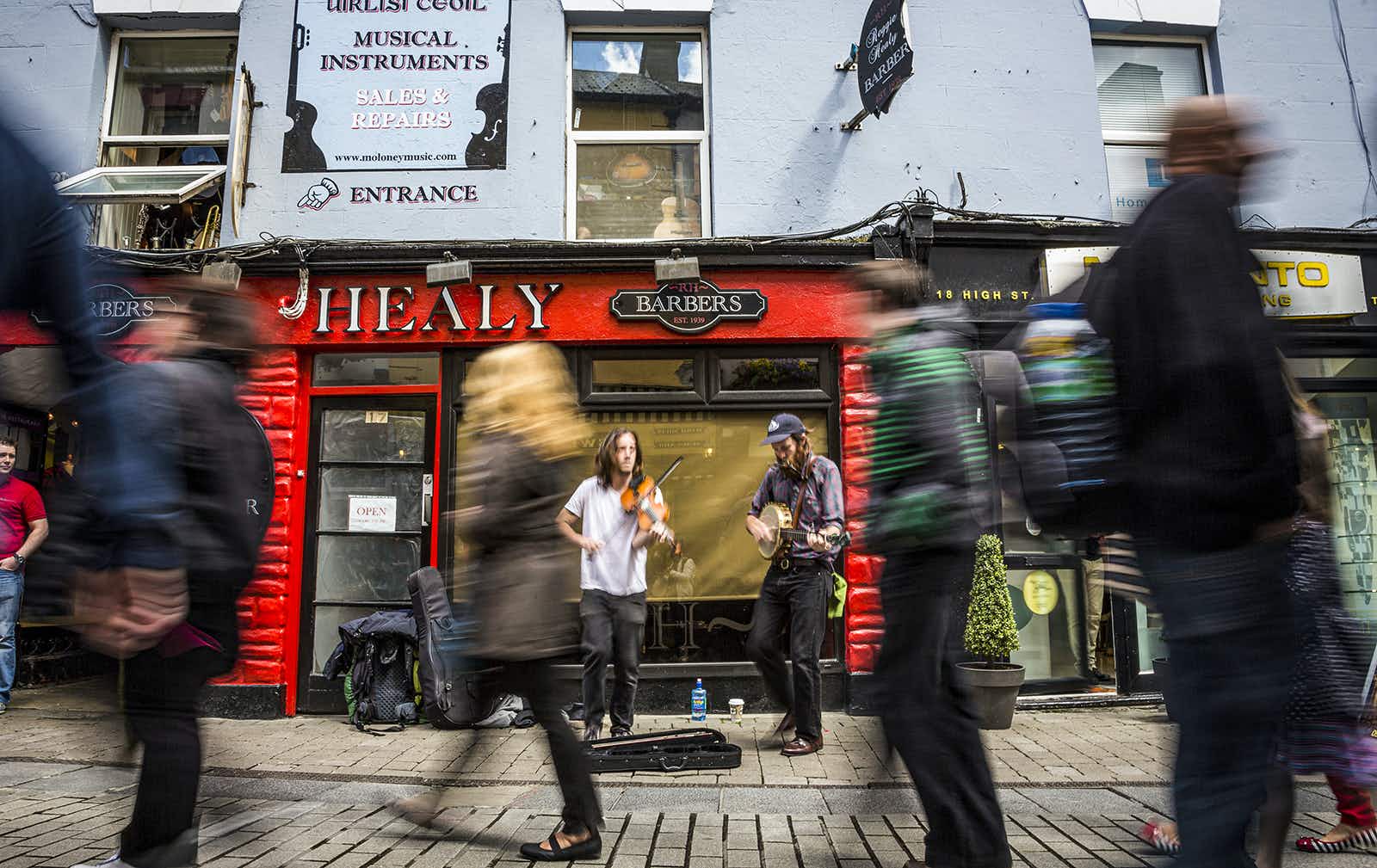 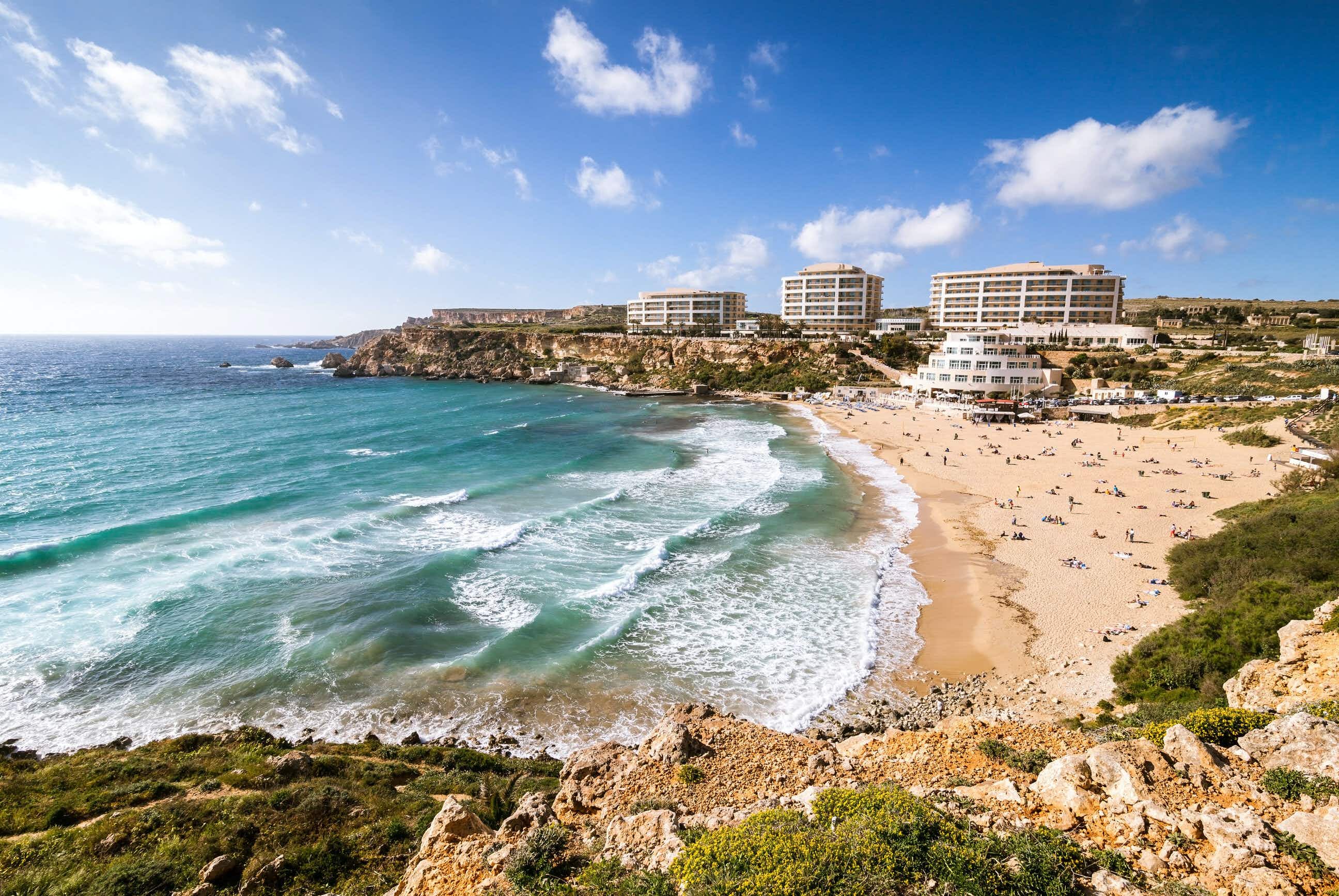 Where to find winter sun in Europe