Every day, millions of feline fanatics click on cat videos and cat memes. Time to get offline and on the road with this cat-centric itinerary. 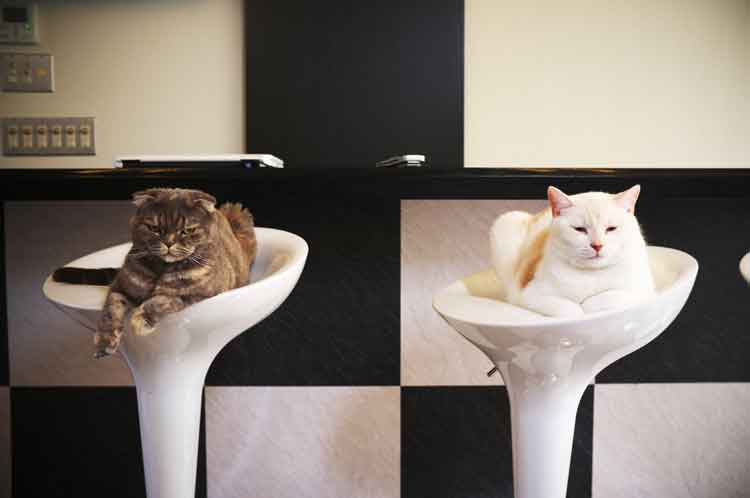 Japan is known for many things, but lots of living space isn’t one of them. Cramped quarters haven’t stopped the Japanese from craving cat company, but short of collecting Hello Kitty figurines, what can a feline freak do? Enter the cat cafes, which are exactly as the name suggests. For a cover charge, patrons get a caffeine-n-cat fix, snuggling, romping or just ogling as many as two dozen fluffballs for anywhere up to six hours on end. Though the concept originated in Taiwan, cat cafes are whoppingly popular in Japan, with 150 of them nationwide.

Of more than 40 cat cafes in Tokyo alone, the most popular are Calico (www.catcafe.jp) and Cat Café Nekorobi (www.nekorobi.jp).

Hardboiled hombre and all-round man’s man Ernest Hemingway was so smitten by kittens that he called them ‘love sponges’. And none soaked up more of the author’s adoration than a six-toed Maine Coon named Snowball. Dozens of Snowball’s descendants live on at Hemingway’s gorgeous estate, now a historic museum. With distinguished lineage and names such as Elizabeth Taylor and Charlie Chaplin, these pampered pusses rule the roost, revelling in rubberneckers’ affection and their celebrity status. Even their drinking fountain is famous: a urinal Papa lugged home in a stupor from his favourite bar.

Admission to the Ernest Hemingway Home and Museum (www.hemingwayhome.com) in Old Town Key West includes a guided tour and all the cats you can pat.

The owl and the pussycat may have gone to sea, but it’s a rare cat that gets on a boat for love, money or honey. But they do things a little differently in Amsterdam, home to the Poezenboot (Cat Boat), a floating shelter for scores of stray and abandoned cats. Docked along the Singel canal, the Poezenboot welcomes meowser-mad visitors, volunteers and those looking to adopt their own sailor cat. While in town, pop into the Katten Kabinet, a canal-side museum that houses a rich collection of cat-themed artwork by the lofty likes of Picasso and Rembrandt.

The Cat Boat (www.poezenboot.nl) is closed on Sunday and Wednesday. Nearby Katten Kabinet (www.kattenkabinet.nl) is open daily. 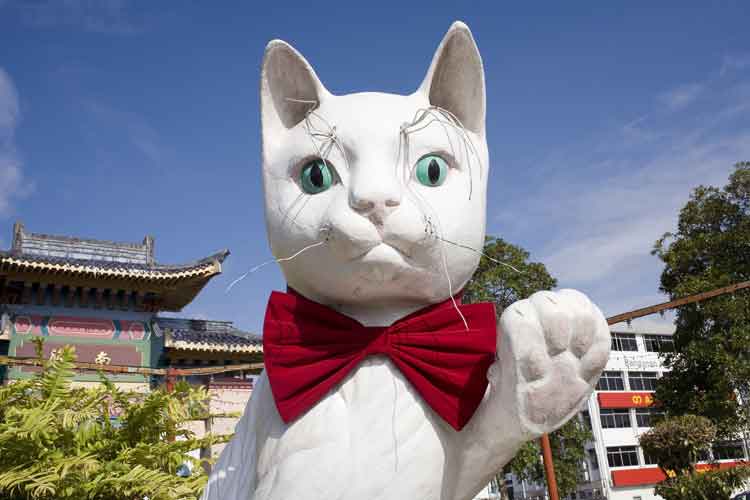 Kuching means ‘Cat City’ in Malay; nobody will look sideways at those who hug street strays or shriek ‘pusspusspuss!’ at random moggies. Malaysia’s cleanest city, Kuching was actually named after a local fruit dubbed ‘cat’s eye’, a fact conveniently overlooked in favour of a feline flavour. Gigantic cat statues dot the landscape, hawkers flog cat carvings in local bazaars, and the Cat Museum – enter through the gaping cat mouth – is home to an astonishing 2000 artefacts (including an Egyptian mummified cat) and a research centre for cat-based religions and cat history.

Some of the most beautiful objets d’art at Russia’s most opulent museum can be found in the dim corners of its dusty basement: the Hermitage cats, guardians of the palace’s treasures and ratters extraordinaire. More than 50 cats make up the ‘feline corps’; their predecessors first arrived in 1745 when Catherine the Great had a carriage-load of ‘virile cats particularly good at mousing’ delivered to the palace. Visitors can fuss over the great guards in the museum’s sunny courtyards. Don’t miss the annual Day of the Hermitage Cat, to be held in April 2014.

The Hermitage Museum (www.hermitagemuseum.org) is on Palace Sq by the Neva River.

Montenegro is fast gaining a reputation as the crème de la crème in glamorous Mediterranean destinations. And where there’s cream, there’s cats… The ancient coastal town of Kotor is, for reasons unknown, a stray-cat stamping ground, with innumerable kitties posing photogenically around the old town and its Unesco-listed medieval attractions. Cats are so ubiquitous that they’ve become the unofficial symbol of Kotor; you may not be able to scoop one up and tote it home, but local artisans have softened the blow of separation, with lovely handmade cat creations on sale in the walled town’s atmospheric laneways.

Kotor is easily reached from the capital, Podgorica, and is a day trip from the nearby cities of Herceg Novi and Dubrovnik in Croatia. 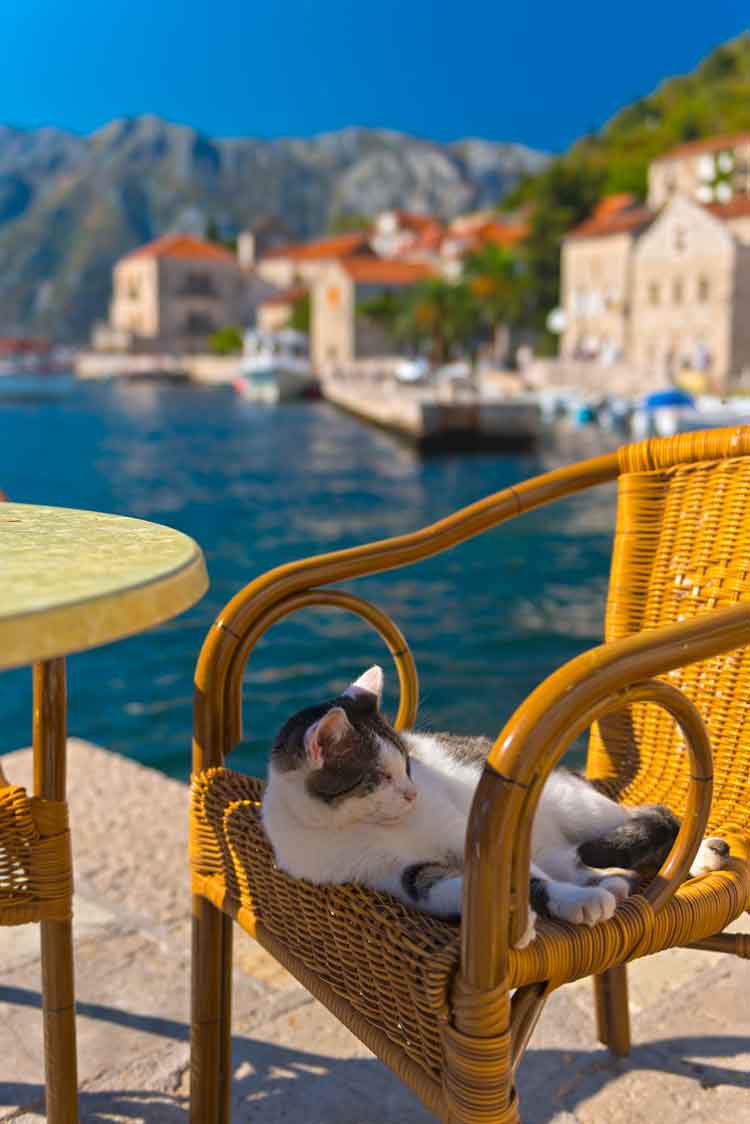 Unlike hoity-toity displays of pedigree fluff, the Average Joe Cat Show is a celebration of middling moggies. Held in Arlington, Snohomish County, the annual event pays homage to the everyday puss in categories such as Most Impressive Ear Hair, Most Obnoxious and Biggest Feet. This is a gentle, stress-free show attracting quotidian-cat fanciers from far and wide; if Washington is too far this year, hop online to gawk at photo competition entrants in classes including Best Cat in a Box and Guiltiest-Looking Cat. ‘Basically, cats are freaks,’ says organiser Connie Gabelein. ‘And we honour that at the show.’

Arlington is 76km north of Seattle. The 11th Average Joe Cat Show (www.averagejoecatshow.org) will be held in May 2014.

The Sphinx. Cat mummies. The cult of Bastet. Egypt is ground zero for folks that are crackers for cats. Once upon a time, all cats were owned by the Pharaoh, women and men wore make-up to mimic cats’ eyes, and killing a cat was punishable by death. Today, their slightly more scruffy scions roam the hectic Cairo streets, but their regal legacy lives on in myriad tomb paintings, cat statues and millions of souvenirs from the gimcrack to the genuine. The Cairo-based Egyptian Mau Rescue Organisation even arranges international adoptions of the majestic meowsers.

Myanmar’s Inle Lake is renowned for the leg-rowing fishermen who ply its picturesque waters, but another group of local fish-fanciers is attracting worldwide attention. The Burmese cat – hailed as sacred in ancient times but now almost non-existent in its homeland – is making a comeback at the lakeside Inthar Heritage House. The cultural centre is home to a breeding program that’s re-introducing the coveted cats to Myanmar: one was even given to Aung San Suu Kyi. But you don’t need to be a global icon to appreciate the beauty of the Burmese: Inthar is open to visitors, who cuddle the pedigree pusses and watch them enjoy their rice dinners.

Inle Lake is served by flights and buses from Yangon, Bagan and Mandalay. Find out more at www.intharheritagehouse.com. 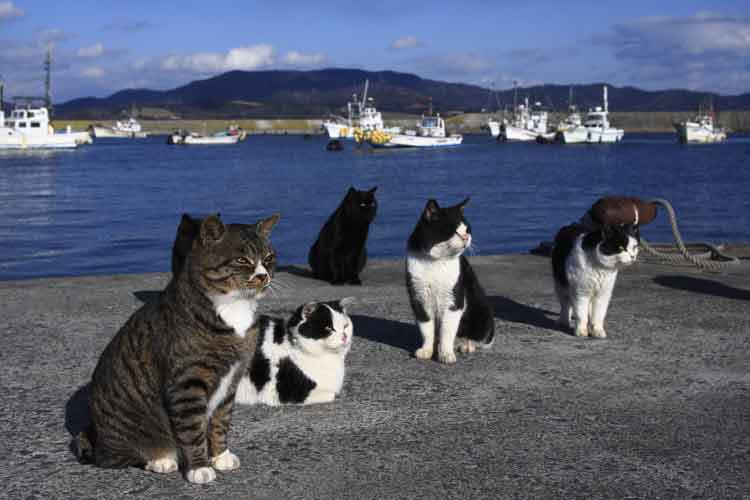 If you idolise cats, you’ll be in good company on Japan’s Tashirojima Island. Known as Cat Island, it’s a far-flung haven that’s heaven for felines, with a holy cat shrine, cat-shaped monuments and buildings adorned with pointy ears and whiskers. The free-roaming puss population easily outnumbers the 70-odd human residents, who believe that being kind to kitties brings good luck. The cats were originally shipped to the island to hunt mice; these days, they’re more likely to be chasing down smooches and snacks from visitors. Limited camping and sleeping spots in a manga-cat-themed ‘resort’ are sporadically available for the truly cat-crazed. Daily ferries leave Ishinomaki City for Tashirojima. 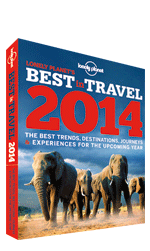