Sun Valley became the US’s first destination ski resort when it opened on the eve of the 1936 Bavarian Winter Olympics (the first to include alpine skiing as an event). Today, it still exudes a bright and polished sheen. Chosen as a resort after a long nitpicking search by Union Pacific Railroad scion William Averell Harriman and subsequently publicized by members of the then glitterati, led by wilderness-lover Ernest Hemingway, Sun Valley sported the world’s first chairlift and an opulent ski lodge that quickly became a second home for the rich and famous.

The historic Sun Valley Lodge is still standing and continues to appeal to a swanky Hollywood clientele. The surrounding resort has expanded and regularly upgraded its ski facilities over the last seven decades, although it remains a refined and handsome place bereft of fast-food joints or ugly condo sprawl. In the minds of its legions of fans (not all of them zillionaires), this lack of hullaballoo is Sun Valley’s primary attraction. Equally alluring is the dearth of lift lines, the well-groomed wind-free mountain slopes, and the soul-enriching winter sun. True, the snow – 200 inches annually – might not be as abundant as it is in Jackson Hole or Aspen, but with the largest automated snow-making equipment in the US, it barely matters. Besides, Sun Valley’s long racy runs (the 2000ft elevation drop ‘Warm Springs’ is a perennial favorite) are groomed so meticulously, you could almost ride a bicycle down them.

The world’s original chairlift, inspired by the mechanics of commercial banana conveyor belts and capable of transporting 400 skiers per hour, is a prized relic and now lives in a museum in Michigan. Out on Sun Valley’s slopes, it has been replaced by more streamlined equipment, most notably the Roundhouse Express Gondola introduced in 2009 which, along with the resort’s other dozen lifts, can cope with up to 30,000 skiers per hour. Another recent innovation is the Dollar Mountain Terrain Park, designed to attract families to a resort sometimes erroneously labeled as elitist and pricey. Bargain hunters can look for second-hand ski gear in the Gold Mine Thrift Store and book rooms in economical accommodation such as the Tamarack Lodge, with its indoor pool and outdoor hot tub, or the Lift Tower Lodge, a cute retro motel. 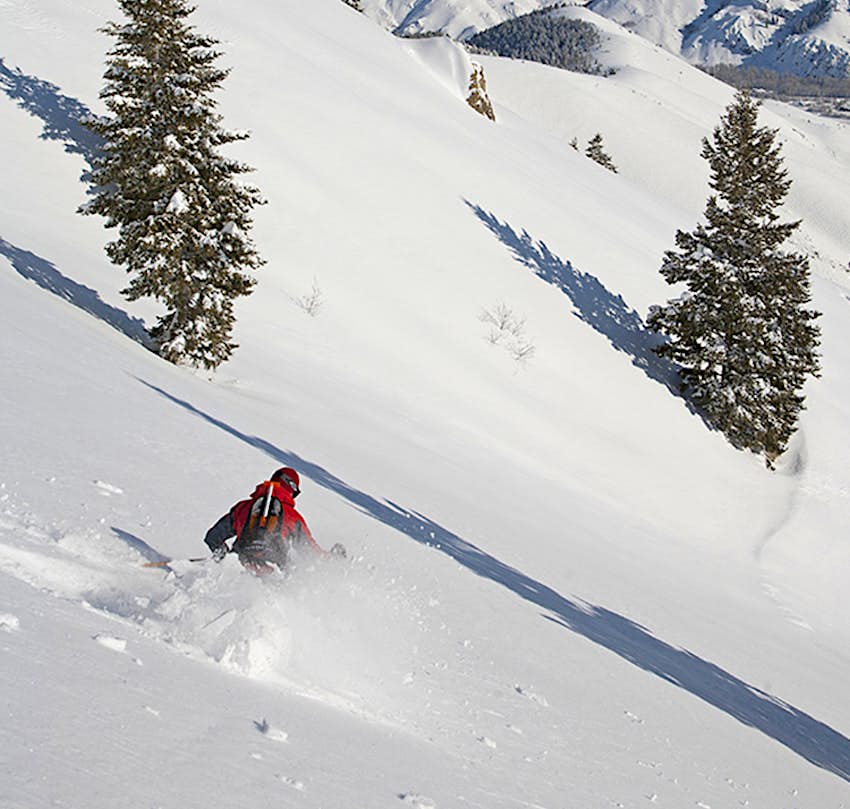 Kickin' it in Ketchum

Skiing might be Sun Valley’s raison d’être, but it is the small town of Ketchum, one mile to the south, that keeps the place authentic and interesting. Ketchum, which sits at the foot of the region’s biggest ski mountain nicknamed ‘Baldy,’ predates Sun Valley by half a century. It was originally a mining center and later a nexus for sheep transportation thanks to its proximity to the Union Pacific Railroad. As a result, Ketchum retains the grit and soulfulness of a genuine Old West frontier settlement. Of late, its soul has been tempered by a growing cultural streak, inspired perhaps by the ghost of former resident writer, Mr. Hemingway. Numerous galleries punctuate the old-timer shop fronts of Ketchum’s compact downtown and are linked by periodic meet-the-artist art walks in the warmer months. Cultural weight was added in 2008 with the opening of the Sun Valley Pavilion, whose free summer symphony concerts have become something of a local legend. At a grassroots level, the town also has an opera house and a nonprofit community theater, the nexStage. 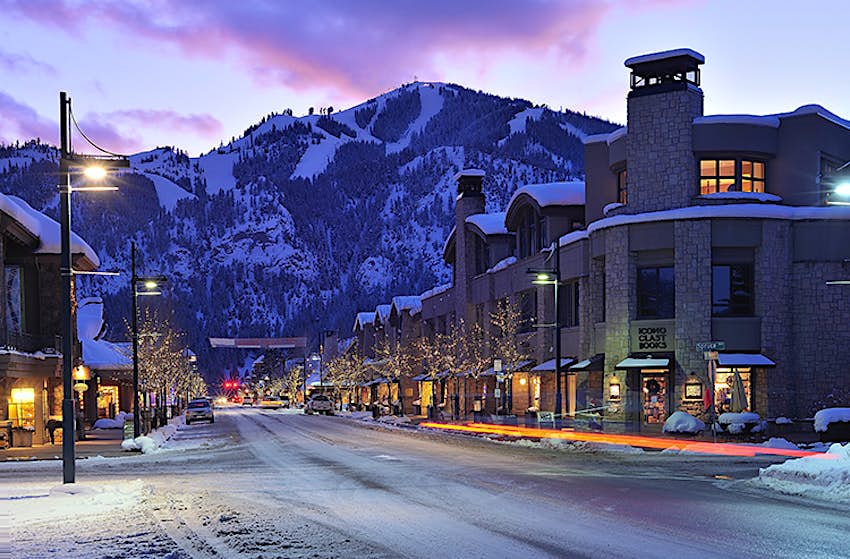 Summer in SV and Stanley

Winter is only part of Sun Valley’s story. After all, this is Idaho, a brutally rugged land of crenelated mountains and cascading rivers that harbors more wilderness than anywhere in the Lower 48. Yes, in summer there are golf courses and a nice stash of posh lodges housing mega-rich tech entrepreneurs, but there is also killer camping, hiking, fishing, and mountain biking.

For the true back-of-beyond experience, you’ll need to forge 60 miles north of Sun Valley to the pinprick town of Stanley. Stanley is the kind of community where you arrive at lunchtime and have already met most of the local inhabitants by nightfall. Its fame rests on two pillars: epic fly-fishing on the Salmon River and the best wilderness white-water rafting in the US. Period. Both excursions can be organized through the highly rated Solitude River Trips. 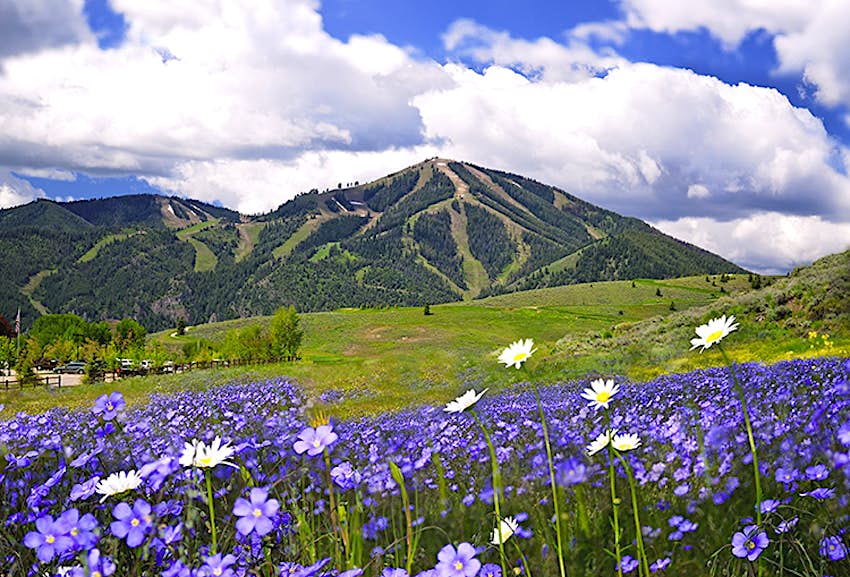 Back in Ketchum, you can retire to more comfortable digs to un-whiten your knuckles afterwards. If you’re on a world tour of Hemingway-once-got-sloshed-here bars, Ketchum, chronologically, should be your last stop. (The famous writer died here in 1961.) The Casino Club (208-726-9901; 220 N Main St) is a local dive bar where the late writer apparently downed a few jars, though these days you’re more likely to share elbow room with tattooed men on Harleys trying to outdo each other on the pool tables. The Pioneer Saloon is another former illicit gambling hall decorated with deer heads and antique guns where you can order anything as long as it’s steak. For a night off from meat, hit Rickshaw, a hippy-like shack just off Main Street that does Asian fusion tapas.

Unlike other Hemingway shrines around the world, Sun Valley doesn’t go overboard on its Papa associations: You’ll struggle to find the poignant local cemetery where the writer is buried alongside his fourth wife, Mary, and his granddaughter Margot. Coins, cigars, and bottles of liquor are sometimes left by his simple grave. If you rent a bike you can use the valley’s multipurpose trails to navigate north to a monument honoring Hemingway located near Trail Creek one mile beyond the Sun Valley Lodge. This re-creation of the novelist’s famous visage cast in bronze and emblazoned with the words ‘best of all he loved the fall’ on a plaque underneath inadvertently seems to sum up Sun Valley: an improbable mélange of art, literature, nature, and celebrity subtly molded against Idaho’s dramatic mountain backdrop. 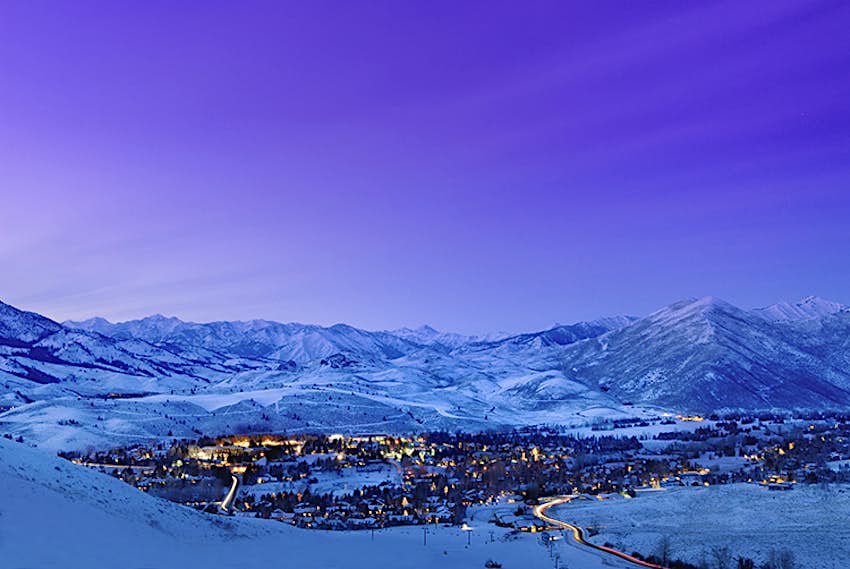 Cancún on a budget: the best free (and almost free!) things to do in party city

Everything's better in Austin: top experiences in the Texan sunshine

9 min read • Published about 22 hours ago

Cut-price California: the best free things to do in the Golden State