The Shetland Islands have been listed as one of the top regions in the world to visit next year in our new book, Best in Travel 2011. The book singles out the 'last untamed corner of the UK' for special praise, advising 'adventurous travellers to step this way'.

Lonely Planet staffer and Best in Travel 2011 contributor  Tom Hall says that 'it's no surprise that we've singled out a little-known but beautiful and rewarding corner of the UK as a must-see next year. The Shetland Islands have a huge amount to offer wildlife-watchers, outdoor enthusiasts and culture buffs.'

It's the Shetland Islands' time

The rugged and remote Shetland Islands – a collection of mighty, wind-ravaged clumps of brown and green earth rising from the frigid waters of the North Sea – are Scotland’s northerly outpost and feel miles away from anywhere. Mainland, as the biggest island is known is surrounded by over 100 windswept and virtually treeless islands making up the archipelago. 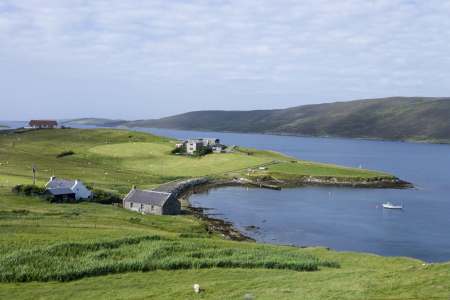 Far more desolate and cut off than neighbouring Orkney, the light here is even more changeable than on mainland Scotland. Different parts of the island are variously illuminated at any given hour – the window for that perfect photo can be short. The setting is still uniquely Scottish, though, with deep, naked glens flanked by steep hills, twinkling, sky-blue lochs and, of course, sheep with no comprehension of the 'right of way' on roads.

Things to do in the Shetland Islands

Unlike Orkney, Shetland is relatively expensive to get to from mainland Scotland.

By air: The oil industry ensures that air connections are good. The main airport is at Sumburgh, 25 miles south of Lerwick. There are three to five flights daily between Sumburgh and Aberdeen (one hour) with British Airways/Loganair. BA flies daily between Orkney and Shetland (35 minutes). You can also fly direct from London (Stansted), Inverness, Glasgow and Edinburgh.

Best in Travel 2011 reveals the best places to go and things to do all around the world right now!

Drawing on the knowledge, passion and miles travelled by Lonely Planet's staff, authors and online community, we present a year's worth of travel inspiration to take you out of the ordinary and into some unforgettable experiences.