As the home of a world-renowned university, Oxford is famous as being a place for readers, writers and thinkers. It’s little wonder then that the city has spawned some of the biggest names in literature and has inspired many famous works of fiction. From JRR Tolkien and Philip Pullman to CS Lewis and Lewis Carroll, Oxford has long been the stomping ground of the literary elite, with footsteps left for visitors to trace.

Carroll’s most well known work, Alice’s Adventures in Wonderland, came about when he was a lecturer at Christ Church College on St Aldate’s Street. While teaching mathematics, Lewis Carroll (real name Charles Dodgson) befriended the college dean and his family. One day, out on a boat on the River Isis, Carroll told Alice, the dean’s daughter, a tale about a girl called Alice who has adventures down a rabbit hole – and so began his fantastical story. You can go punting on the very same river today.

Several other Oxford locations have Alice connections. Pop into the Cathedral Garden of Christ Church College and you'll find a little door that is said to have inspired Alice’s door to Wonderland, while inside the college look out for the brass andirons shaped like two ladies with long necks, thought to have given Carroll the idea for Alice’s neck to lengthen when she eats a mushroom. In the Museum of Natural History you can inspect the world’s most complete remains of a dodo, just like the one Alice encounters in Wonderland. For fans wanting souvenirs, head to Alice’s Shop on St Aldate’s, housed in the building where the real-life Alice used to buy her sweets.

The fantasy author JRR Tolkien held numerous roles at Oxford University. He was a fellow and professor of Anglo-Saxon studies at Pembroke College before becoming the same of English Language and Literature at Merton College. You can visit both institutions today – look out for an old hexagonal stone table in the gardens of Merton College as it’s where Tolkien often wrote down story ideas.

There are lots of artefacts and places in Oxford said to have crept into Tolkien’s works. The Ashmolean Museum has a collection of Posie rings, solid gold finger rings with inscriptions on them, the basis for the One Ring in The Lord of the Rings. The Bodleian Library's collections of old legends and mythical works sparked ideas for plotlines, while its most iconic section, the Radcliffe Camera, was fictionalised as the Temple of Armenelos in The Silmarillion.

You can also visit Wolvercote Cemetery, the resting site of Tolkien and his wife Edith, if you walk north of the city centre along Banbury Road. Their grave has a modest stone bearing the names Lúthien and Beren, referring to the elf maiden, Lúthien, who gives up her immortality for a mortal warrior, Beren, in another of Tolkien's tales.

Tolkien and CS Lewis were both members of a literary discussion group called the Inklings which would regularly meet, drink and chat at The Eagle and Child, a pub dating back to the mid-17th century. These days you can still see a handwritten note to the landlord pinned up above the fireplace. Signed by members of the Inklings, it reads: 'The undersigned, having just partaken of your ham, have drunk your health.’

CS Lewis was a fellow and tutor in English Literature at Magdalen College for 29 years. Take a tour of the college to access the cloisters where you’ll see carvings of animals on the pillars which are thought to have inspired the passage in Lewis’ The Lion, the Witch and the Wardrobe where Aslan brings frozen animals back to life. You should also be able to see the chapel, where Lewis attended weekday services.

For more Oxford connections to that first book in The Chronicles of Narnia series, opposite the entrance to the University Church of St Mary the Virgin on St Mary’s Passage look out for an ornate door. Its heavy wood is etched with intricate carvings, and a symbol in the centre resembles the face of a wise lion. This is the 'Narnia Door', the influence for Lewis' wardrobe door through which the Pevensie children stepped into the magical land for the first time.

More so than Lewis, Tolkien and Carroll, Pullman explicitly uses Oxford as the setting for many of his stories. Pullman studied English at Exeter College and has stayed in and around the city ever since. In 1986, he returned to Oxford University in a teaching post at Westminster College, which he undertook alongside writing fiction, publishing the acclaimed His Dark Materials trilogy between 1995 and 2000.

The Covered Market is a favourite haunt for heroine Lyra and her friends in Northern Lights, the first book in the trilogy. Just a minute’s walk away from the market is Exeter College on which Lyra’s home, Jordan College, is based. If you go in for a look around, you may spot the attic window which Lyra climbs out of. Every month, special Philip Pullman tours take place to show visitors even more sights from the books.

Anyone's who's followed Lyra and her male counterpart Will's adventures to the end of the novels will be keenly aware of the importance of Oxford's Botanic Garden. Fans will want to make a beeline for the bench at the back of the gardens with 'Lyra + Will' carved on it – no spoilers but its role in The Amber Skyglass, last book in the trilogy, is of huge significance.

Though neither JK Rowling nor her creation Harry Potter have an explicit connection with Oxford, the city starred in many of the movie adaptations of the best-selling series of books and there are three main locations that die-hard Potterheads should visit.

The Bodleian Library played a big part in the film franchise. Its Duke Humfrey's Library was chosen as the location for Hogwarts Library in Harry Potter and the Philosopher's Stone. If you sign up for a full library tour, you'll be taken to see the sprawling corridors of floor-to-ceiling shelves, each packed with aged books and manuscripts.

Likewise, a Bodleian tour will give you access to the Divinity School, which features in the first four films. It was used as Hogwarts Infirmary, the room where Professor McGonagall teaches Ron how to dance, the room where Harry and Hermione use the time turner and many more pivotal scenes in the series.

New College courtyard, with its twisted trees and ancient stones, features in Harry Potter and the Goblet of Fire. The cloisters here were used as Hogwarts' outdoor walkways, and when you see how grand and official they are in real life, it's easy to see why they were chosen as a film set. You can go on a self-guided tour around the college for a small fee.

The staircase Harry sees on his first visit to Hogwarts is actually the Bodley Tower staircase in Christ Church College. This college's cloisters were used for the hallway scenes in Harry Potter and the Philosopher's Stone, where Hermione talks to Harry about his family's past and how he's meant to be a seeker in Quidditch.

Lastly, while not used for filming, the dining hall in Christ Church College served as inspiration for the Great Hall. With bare walls, long dark tables, portraits of past masters and church-like windows, the similarities are obvious. A Christ Church tour will give you access to both of these sights. 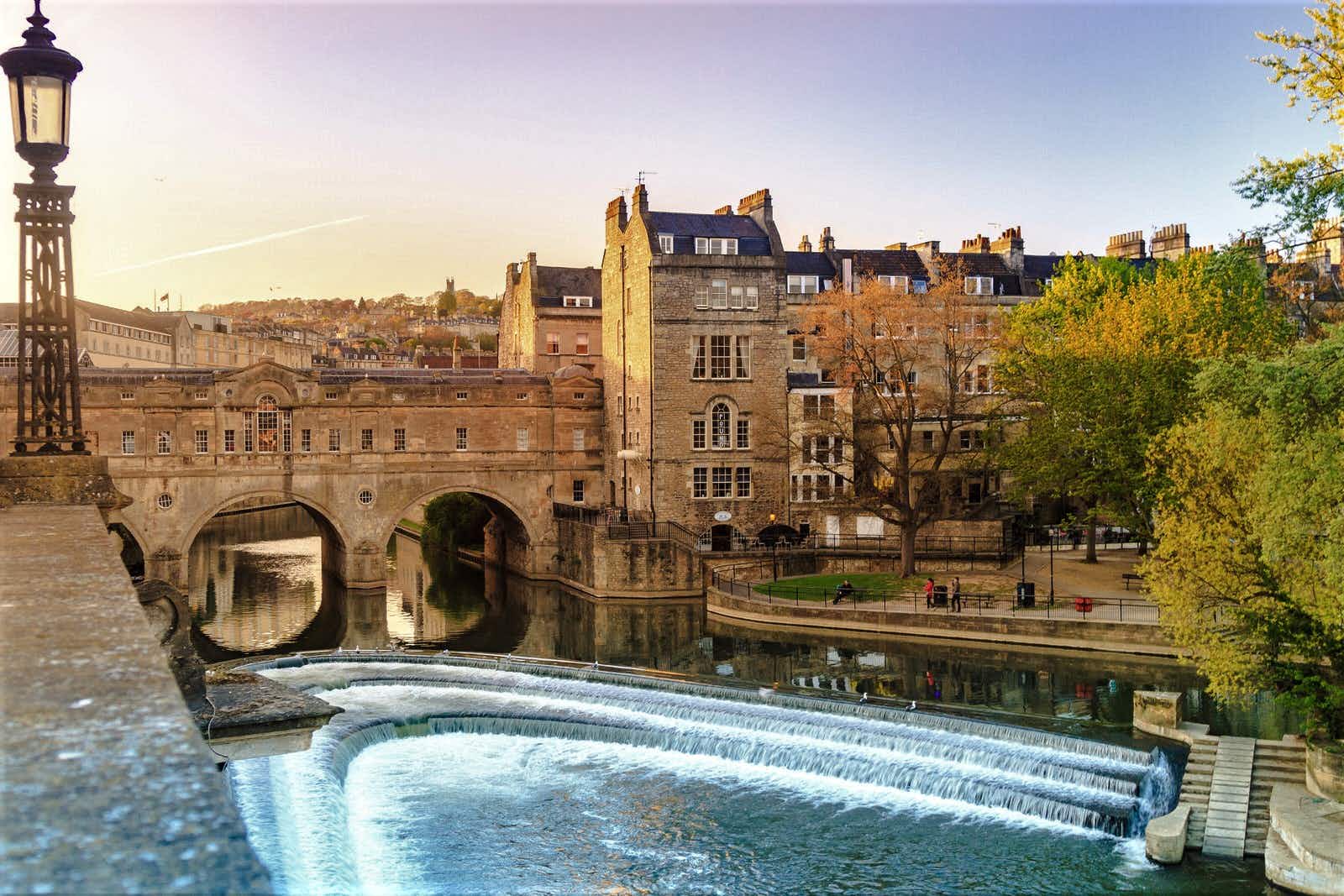 The best things to do in Bath 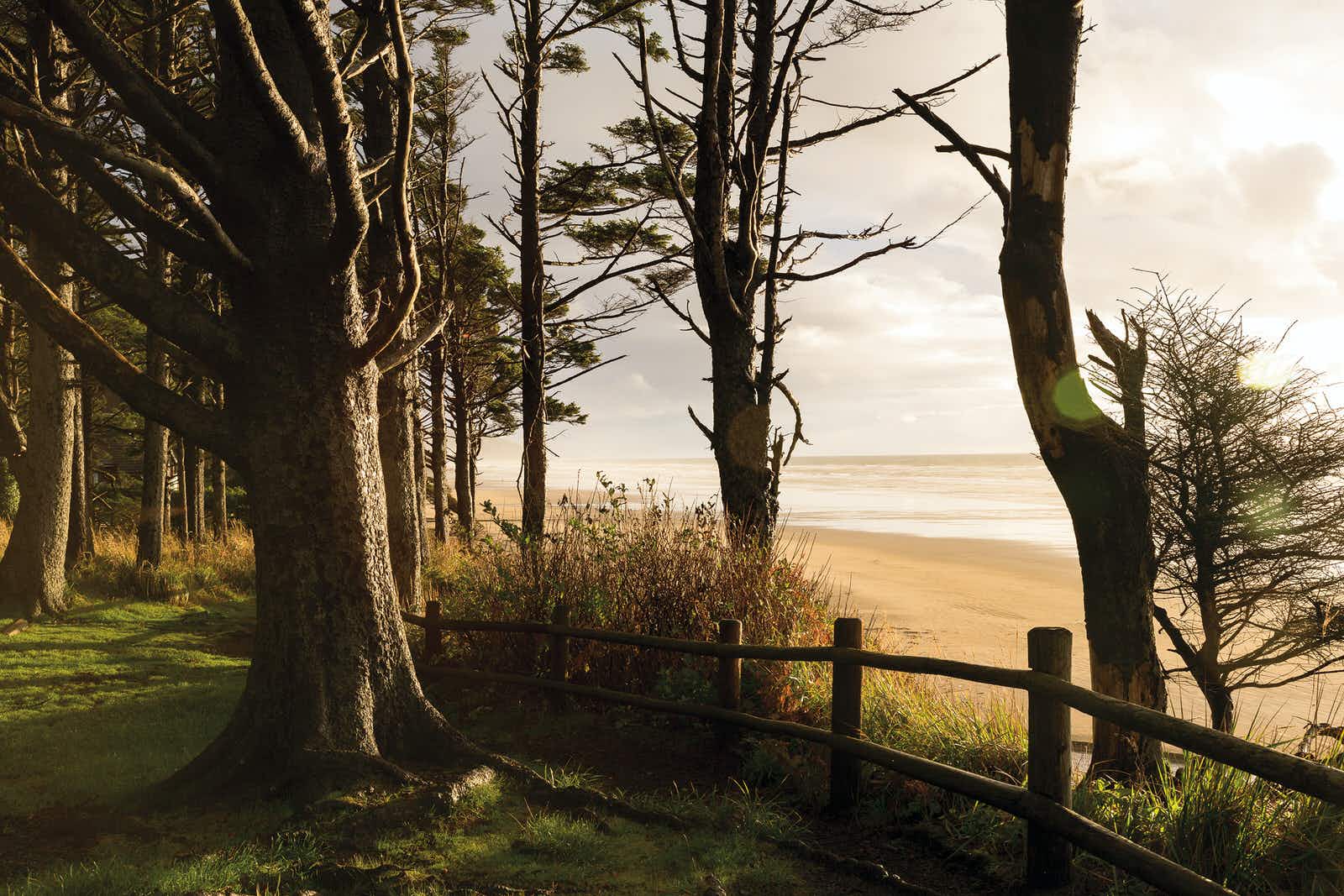 On the Oregon food trail