It’s midnight, and you’re on the beach, wading carefully through the rock pools left behind by low tide. The only sound: the waves rushing back and forth. The only light coming from your head torch. Taking care not to step on the dozens of black, lethally spiky sea anemones you’ve just spotted lurking in the rocky crevasses, you turn off your light and are plunged into near-total darkness.

Then, you move your feet gently through the shallow water and the reason you came here, in the middle of the night at low tide, is revealed. Like water-bound fireflies, luminescent Noctiluca organisms dance in the disturbed water, glimmering as brightly and briefly as shooting stars. A natural phenomenon that can only be glimpsed when conditions are just right.

Witnessing this ‘star sand’, as the locals call it, is just one of the big adventures you might have on Little Liuchiu, Taiwan’s largest coral island.

Little Liuchiu, or 小琉球 (Xiǎo Liúqiú) as it’s called it Mandarin, lies nine nautical miles off the southwestern coast of Taiwan, a simple 20-minute ferry journey from the port of Donggang. Bordered by the Taiwan Strait to the west and the South China Sea to the south, Little Liuchiu is Taiwan’s only coral island with a significant population – an estimated 13,000 residents live here permanently.

Covering an area of 6.8 sq km, the island lives up to its diminutive name – it takes just 20 minutes to ride a motorcycle, the chief way to travel, around the island without stopping. But what Liuchiu, or Lamay Island as you might also see it called, lacks in size, it makes up for in things to do. From snorkelling and diving to chilling on the beach to exploring beautiful temples and experiencing island life, Liuchiu is perfect for a couple of days’ getaway.

Little Liuchiu is one of the few coral reef islands that surround Taiwan, making it a great spot to go snorkelling and scuba diving.

These lush coral habitats house hundreds of different fish and plants right off the beaches, so it’s easy to snorkel independently here. The seas can be choppy, though, so less experienced swimmers should consider taking one of the guided snorkelling trips offered by local guesthouses, which usually provide snorkelling masks, wetsuits and life jackets.

Most people focus their snorkelling activities on the waters around Vase Rock, a well-known landmark at the island’s northern point. During peak season and at weekends, the waters around here are likely to be crowded, so it pays to seek out other snorkelling spots. The coast between the Dafu fishing harbour and the Houshi Fringing Reef, on the island’s southeastern side, has fewer rocks to scramble over, as well as deeper waters that aren't suitable for less experienced swimmers (and therefore deter the crowds). Look out for others parked up at the roadside for entry points into the water.

Wherever you snorkel, you’re likely to encounter one or more of Little Liuchiu’s largest water-bound residents: huge green sea turtles, some of which can measure more than a metre in length and weigh in at 200 kilograms.

Thanks to the island’s diverse and protected ecosystem, it’s estimated that more than 100 of these gentle giants live in its waters, happily feeding on the plants and animals that inhabit the reefs. They also breed here, with adult females coming ashore to nest during summer months.

While these magnificent animals are remarkably calm around humans, giving you a unique, up-close look at their underwater grace and beauty, care should be taken not to touch them or other marine life. While most locals are extremely proud of the turtles and participate in activities to protect them and their habitat, you should never go with a guide who feeds the turtles or encourages any physical interaction with them. It's also important to never touch or disturb the delicate reefs, which provide the important ecosystem for all marine life here.

Little Liuchiu has a number of shell-sand beaches nestled amongst the eroded reef rock that makes up most of the coast.

Geban Bay is a 100m stretch of sand, fringed by green forests and undisturbed by development. Located on the island’s western side, it’s a fabulous point from which to watch the sun setting over the clear, blue waters.

Elsewhere, Zhongao Beach, to the west of the island’s Baisha tourist harbour, is nestled in a gentle bay that’s perfect for swimming and relaxing. It is also one of the key beaches for breeding sea turtles. Between May and October each year, the beach and intertidal zone are closed overnight to avoid disturbing nesting creatures.

The beaches and rock pools on the island’s southeastern tip is the best places to witness the shimmers of bioluminescent algae, visible only at low tide in the middle of the night. Exploring this area at night also reveals a myriad of animal life not seen during daylight hours, including strange-looking sea cucumbers, purple-ink-squirting sea hares and shy hermit crabs. Take care when exploring at night – take a torch and watch where you step to avoid injury or damaging anything.

There are a number of villages dotted around the island, home to Little Liuchiu’s laid-back residents, many of whom work in tourism or traditional fishing industries. In recent years, the island has become known for aquafarming, and locals can be seen tending to large oyster cages off the island’s west coast. A lack of rivers on the island makes agriculture difficult, so residents have traditionally depended on the sea for their livelihood – often a daily struggle to make a living.

Liuchiu is dotted with dozens of temples. The large number (estimates vary between 35-80) is testament to locals’ faith in the protection of their gods, to whom they pray for good weather and advice on anything from building a new fishing boat or house.

One of the largest and most important of these is Biyun Temple, located at the centre of the island. Dedicated to Guanyin, the Chinese Buddhist goddess of mercy, the current ornately decorated building dates from the 1950s, although the site has had a temple on it since the early 1700s. Worshippers come to give offerings for weddings, funerals and profitable fish harvests. On Guanyin’s birthday – the 19th day of the second lunar month (around the end of March each year) – the temple is the focus of raucous celebration amongst islanders.

Throughout the year, the various temples stage loud operas, performed on mobile stages on the backs of lorries. The distinctive sounds of Taiwanese opera singing fill the warm evening air, entertaining locals with their bawdy stories of love, loss and adventure.

Boats leave from Donggang harbour (around an hour from downtown Kaohsiung by bus) throughout the day, from 7am until around 6.45pm. The last boat back from Liuchiu is at 6pm. Sailings are operated by a number of private companies, but ticket prices are the same for all of them, and there's little difference in the service.

Once you've arrived into Liuchiu’s Baisha Tourist Harbour, it’s easy to find accommodation in one of the island’s many guesthouses. Touts flock to the harbour as boats come in, advertising places to stay, so ask around for a room and haggle on price. Most of the guesthouses are centred in the pretty harbour area, where there are also abundant restaurants serving local seafood, as well as a helpful visitor centre that provides maps of the island.

Alternatively, there is a well-equipped campsite, Samaji Resort, on the island’s west coast, where you can hire camping equipment or use your own. Some visitors choose to wild camp at spots around the island, although this is technically forbidden.

It’s easy to hire scooters from one of the many shops near the tourist harbour. This is by far the best and most common way to get around the island, where there are few cars and no buses. Be sure to have your drivers’ license with you. You can also bring a bicycle across on the ferry. There are a few large hills to navigate, but generally the roads are well maintained and quiet.

However you travel be sure to keep a look out for and protect crabs attempting to cross the roads as they seek out food and places to breed – signs around the island remind you to slow down at key crab-crossing areas. 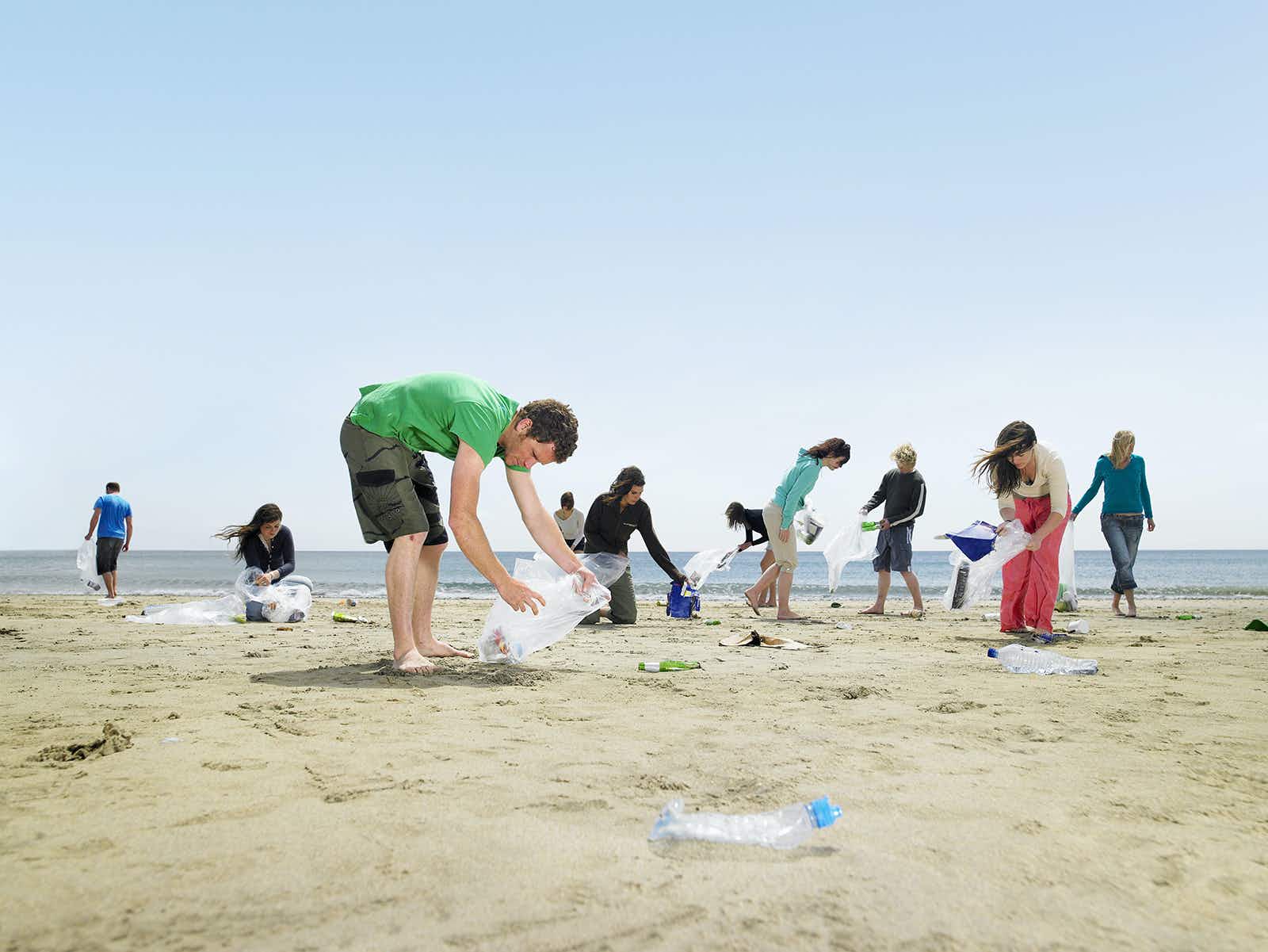 How to reduce your use of plastic on a trip… 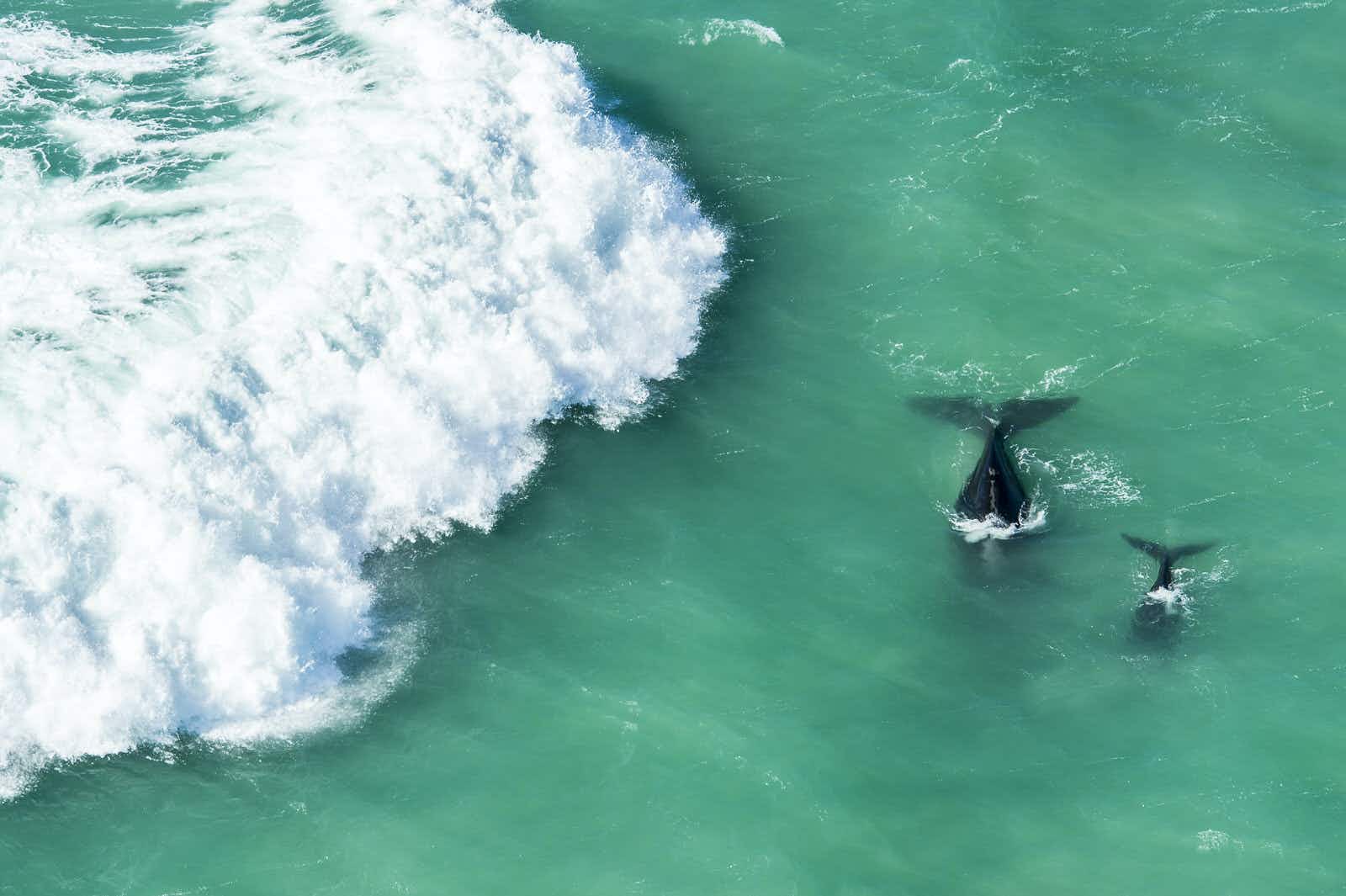