How to start a conversation with a local while travelling

Plucking up the courage to start a conversation with a stranger is challenging at the best of times – but throw in a language barrier and a cultural divide or two and the task can seem insurmountable.

Don’t be shy. Travel is the ultimate opportunity to work on your people skills, so start simple, give them a smile and see what happens – the results might surprise you. At a loss for words? These city-specific tips from our Lonely Planet Locals should get you talking.

Get to the point in Paris

Forget the stereotypes: Parisians aren't rude, but misunderstandings can arise from cultural differences. Communication here typically dispenses with a preamble and gets straight to the point, which may sound abrupt to non-francophone ears. Although non-French speakers will have few-to-no problems, you’ll earn greater respect using (even minimal) French. Always greet/say farewell to anyone you interact with, such as shopkeepers. Parisians don't speak loudly: modulate your voice to a similarly low pitch.

Catherine Le Nevez is a long-time Lonely Planet writer based in Paris.

Master the art of chinwagging in London

Londoners aren’t known for being loquacious with strangers and usually prefer an introduction before a natter (local lingo for ‘chat’). Avoid striking up casual conversations on Tube trains and buses, especially during rush hour: as a general rule, these environments are to be quietly endured rather than extrovertly enjoyed.

The best way to meet Londoners who want to be met is through an organised event based around a shared interest, like food. Apps like eatwith can get you into social dining experiences put on by locals in unique London venues, creating a perfect opportunity for meaningful interaction, and new friends.

Learn the lingo: ‘Cheers’. Not just used when raising a glass with friends in the pub, cheers is also used by almost every local as an informal way of expressing thanks.

Will Jones is a London-based writer and editor. You can find out more about his work at WJcontent.com.

Ask before you order in Venice

Venetians take pride in knowing their labyrinthine city. Asking for directions is a good way to initiate a conversation and you might even get escorted at least part of the way to your destination. Many Venetians, particularly younger ones, have a decent grasp of English and are happy to converse.

Alternatively, head to a bar. Venetians watch in horror when they see culinary crimes, such as baccalà (cod) washed down with a cappuccino, so pleading ignorance and asking for tips about Venetian delicacies and recommended wines to accompany them is a great conversation opener.

Learn the lingo: ‘Mi scusi, potrebbe darmi un consiglio?’ (‘Excuse me. Can you give me some advice?’) will get Venetians into help mode, particularly if your query is epicurean. Buona fortuna e buon appetito!

Opt for Franglais in Montréal

Does everyone in Montréal speak French? This seems to be a common concern for those visiting one of the world’s largest French-speaking cities. The quick answer is that Montréal, especially in the downtown core and tourist neighbourhoods, is quite bilingual and visitors will have little trouble getting by in English.

The best way to understand and enjoy this unique hybrid city is to embrace its blend of cultures. Strike up a conversation by asking about the beloved Montreal Canadiens hockey team. Visit a greasy spoon diner to get a taste of Québécois culture at its most relaxed (while enjoying a poutine or ‘steamie’ hot dog).

Learn the lingo: Montréalers are used to speaking Franglais (causally mixing French and English), so throw in whatever French you might know. Even a simple ‘bonjour’ or ‘merci’ will go a long way.

Lonely Planet Local Jason Najum is a writer and traveller based in Montréal. Follow him on Twitter @jasonnajum.

Connect with fellow diners and drinkers in Tokyo

The notion that Tokyoites are stand-offish is largely true: in public spaces, people generally prefer to keep to themselves (as evidenced by the eerie quietude of the city's trains). After all, it's a crowded city where tensions can run high. But something has got to give, right?

An izakaya – the Japanese equivalent of a pub – is where locals go to let off steam, and they can get as noisy as the subway cars are silent. Most izakaya have two kinds of seating: tables for private groups and a counter where socialising is the norm.

Learn the lingo: If there’s one thing Tokyoites have in common it's a love of food. Drop an 'oishii desu!' ('This is delicious!') to the chef across the counter, or the customer beside you, to invite smiles all around.

Have a meeting of minds over mint tea in Marrakesh

Haggling prices in Marrakesh’s souqs (markets), often conducted over a piping hot cup of mint tea, isn’t just for tourists; locals are also loyal shoppers. Start by offering 40% of the shopkeeper’s initial price (though keep in mind shops off the tourist trail tend to offer reasonable prices from the beginning).

Remember that what you’re bargaining for is ultimately worth whatever it means to you. Go in with a positive attitude, have fun with it and try out a few words of Arabic. But in the end, don’t be afraid to walk away by politely thanking shopkeepers for their time.

Marrakesh local Mandy Sinclair rarely leaves the souqs empty-handed: textiles, baskets and handbags find their way into her home, but only if the price is right. Follow her on Instagram at @MandyinMorocco.

Melburnians are a laid-back breed. Tell us you prefer Sydney and we’ll get defensive, but ask us about food, drink or the ‘footy’ and we’re on your side. Start by ordering a coffee (‘black’ or ‘white’ won’t cut it here) from a local barista. It costs up to $4.50, but the personal recommendations are free.

Rise early and find the nearest farmer’s market to chat with locals and store holders, or stay up late at city venues – like Heartbreaker or Butcher’s Diner – to make new friends over bottled cocktails and midnight meals. Just don’t question anyone who wants to line up for brunch.

Learn the lingo: Do you speak coffee? To sound like a local, ask for a ristretto (a short espresso – 20ml to 25ml – that puts quality before quantity) or a flat white (a latte with less foam), but never a cappuccino (often ordered by tea-drinkers and tourists). Ask your local barista for more on pour-over, drip, siphon, French press, AeroPress, and Chemex coffees... and more.

Sofia Levin is a food and travel journalist based in Melbourne, Australia. Follow her on Twitter @sofiaklevin.

Chat over chai in Mumbai

India’s largest city offers it all, from historic sites and idyllic green spaces to artistic enclaves and eclectic nightlife. But a key anxiety for travellers to Mumbai may be how to connect with locals and make friends.

Although most Mumbaikars speak good English, the universal greeting namaste (hello in Hindi) is a great ice-breaker. It is always a good idea to steer away from conversations about 'the largest slum in the world’ and instead focus on how the city has evolved over the years, over a cup of cutting chai and vada pav (tip: don’t call it the Indian burger!). Asking for advice about offbeat excursions or offering to visit locals at home will earn extra brownie points.

Learn the lingo: Add ‘phir milenge’ (‘we shall meet again’) when you say goodbye at the end of a first meeting; in a city of 20 million, people will appreciate the gesture.

Put the world to rights in St Petersburg

Cultured, polite, and perhaps a teensy bit snobbish, St Petersburg’s philosophical and artsy locals are extremely fond of their scenic city. Ask the locals about their favourite secrets spots to discover tiny rooftop cafes, lesser-known galleries and new cultural happenings. Remember – Russians aren’t known for being particularly smiley, but don’t let that put you off.

As a rule, younger people in St Petersburg speak better English, but not everyone is fluent. Talking about literature, cinema, music and art is always a good strategy, but political discourse may prove inevitable, even if you try to avoid the subject. You’ll find polar opinions here – so have your facts ready! And make sure to never, ever praise Moscow in front of the locals. Nothing can possibly be better in Moscow than here, remember?

Learn the lingo: ‘Izvenite pozhaluista, kak proiti v...?’ (‘Excuse me, how do I get to...?’) This line is a great conversation starter – the locals pride themselves on knowing the ins and outs of their city. Sometimes they may even accompany you to your destination, just to make sure.

Kira Tverskaya is a writer and translator based in Russia. Follower her on Twitter @Marjaviini.

For more handy local lingo, check out the audio phrasebooks that come bundled with our free Guides app. Get more travel inspiration, tips and exclusive offers sent straight to your inbox with our weekly newsletter. 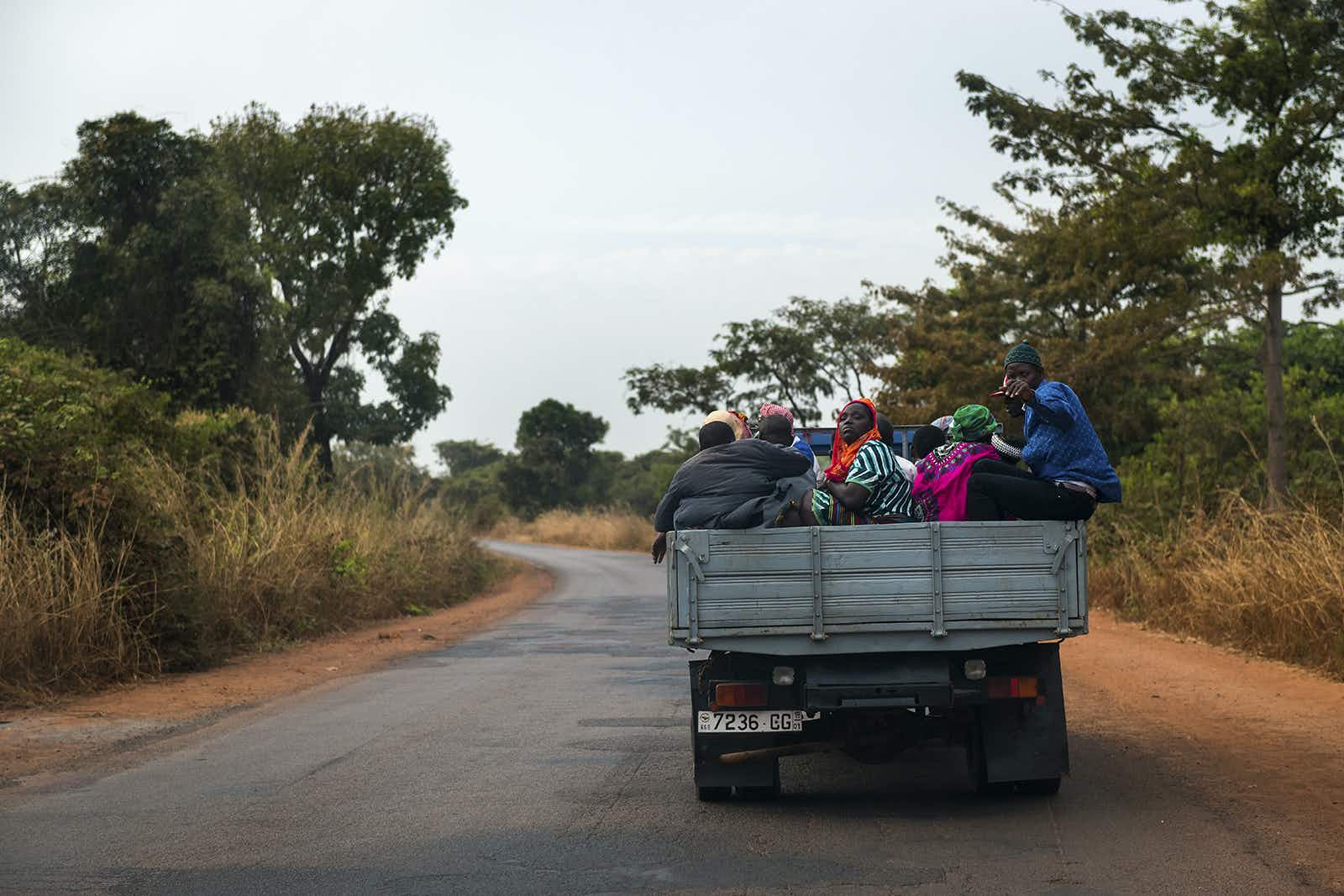 Strangers turned saviours: the unsung heroes we met on the…

Remedies of the road: our travel tales of getting sick…