How to catch Brazilian football fever

Life and how to live it, according to Brazilians: Football.

It is impossible to overstate the cultural importance of football in Brazil. No matter what words you choose, they fall short; the country lives and breathes football every single day of the year, and during World Cup matches involving the beloved A Seleção (the Brazilian name for the national team), the country grinds to a halt. Banks? Closed. Offices? Closed. Streets? Deserted. Supreme Court proceedings? Postponed. Bars, restaurants, private homes and town squares? Packed.

A gaggle of ducklings could linger on Brazil's most important avenue, Av Paulista, and never worry about being run over. If you took an afternoon nap and didn’t realise Brazil was playing in a World Cup match that evening, you might wake up and assume you'd slept through a zombie apocalypse (we're not even sure that hospitals function - and aren't interested in finding out, either). 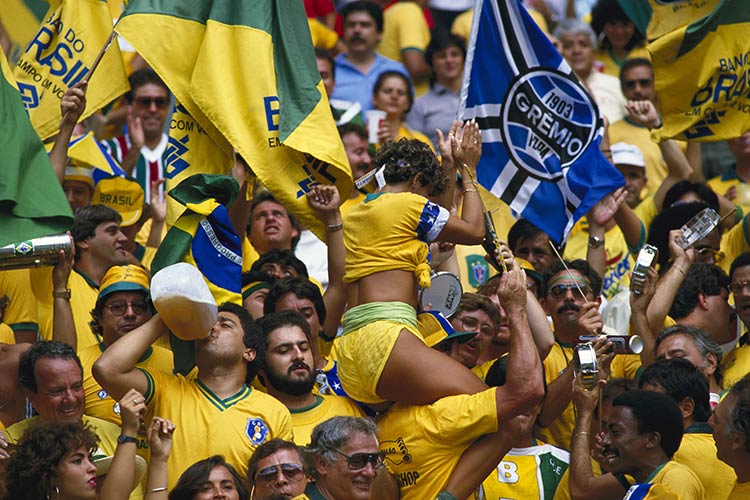 "Football has a fundamental importance in the construction of modern Brazil," explains ESPN football commentator Paulo Calçade. "Here, the game, the music and the dance come together seamlessly to produce a unique style. Off the field, football permeates almost all interpersonal relationships. Its expressions are part of our vocabulary, our music and our happiness."

While a World Cup on home soil is a Brazilian dream unrealised since 1950, when the national team lost in heartbreaking fashion to Uruguay (something no Brazilian alive in 1950 has forgotten), the World Cup's return to Brazil has not gone off without a hitch. Protests over the high cost of the tournament (nearly $11 billion at last count), stadium delays and infrastructure woes have plagued the preparations. Brazilian feelings are divided.

"What is the purpose of a World Cup?" asks Calçade. "To win it! Even in our darkest moments, Brazil enters to compete for the title. The problem with this World Cup, however, is that the cost is too high for a country with other more important needs such as health, education, sanitation and poverty reduction. Unfortunately, FIFA doesn't care about that – they are facing their most profitable World Cup ever. If Brazil wins, this model will be validated until the end of time. If we lose, the leaders of Brazilian football will be widely questioned. We have an opportunity for new ideas and more transparency. A light at the end of the tunnel."

What to expect at a Brazilian football game

Brazilian football games are loud, brash affairs. Stop by the torcedores exhibit at the Museu do Futebol in São Paulo to get a sense of the deafening sound from the stands (think Boeing 777-200 at takeoff). The referees and assistants receive the bulk of the near-constant abuse, but the players aren’t immune. Ask a Brazilian to translate some of the more...colourful expressions. The most popular chant is "Sou Brasileiro" with its chorus of "Eu sou brasileiro com muito orgulho, com muito amor ..." ("I'm Brazilian with lots of pride, lots of love…"). At league matches, fans substitute "Brazilian" with their team of choice.

Often, especially in Rio de Janeiro, assigned seats carry no weight - the system works works on a first-come, first-served, who's-bigger-and-meaner basis. Thankfully, at the 2013 Confederations Cup, ushers and security ensured reserved seating was respected and there was a palpable sense of law and order at the games. Expect the same at the 2014 FIFA World Cup.

Violence inside Brazilian football stadiums isn't exactly rampant, but it's not uncommon either. All-out riots, such as the one in a 2013 match between supporters of Atlético-PR and Vasco, are pretty rare. Under normal circumstances, alcohol sales are banned inside stadiums to lessen the likelihood of fights (but Brazil's Congress passed a special temporary law to appease FIFA and allow alcohol sales during World Cup matches) and fences in the stands usually separate opposing fans. Outside the stadiums, things can get nastier, with supporters often attacking opposing team buses and an alcohol-fuelled hooligan mentality evident in isolated skirmishes between fans. Riot police on horseback are a common sight at bigger matches between heated rivals. Generally speaking, though, games are a jovial – if intense – affair where the worst-case scenario is your team getting a thumping! 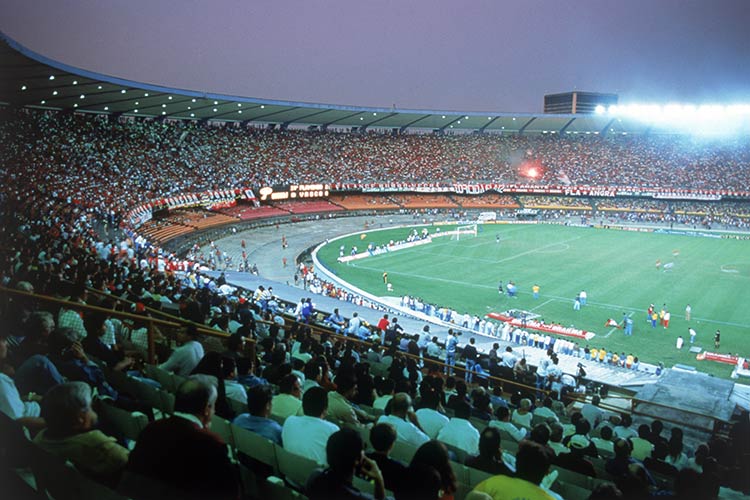 If you want to avoid trouble at league matches, wear neutral colours or the colours of the home team so as to not attract any unwanted attention (this shouldn't be a problem at World Cup matches). For example, wearing green at a Corinthians match, red at a Grêmio match or blue at an Atlético Mineiro match is asking for trouble (regardless of whom they are playing). You'll want to avoid getting anywhere near the fences that separate opposing supporters – these are where the most agitated fans gather and things can turn ugly in a flash. Feel free to scream, yell, chant and shout your newly learned obscenities when appropriate, but avoid getting into any verbal altercations with locals – they are not likely to respond in kind (your gringo pass has its limits!).

If you want to drink, bring your own and do a little pre-game tailgating; or buy ice-cold cans from entrepreneurially spirited beer venders selling cheap suds from ragged Styrofoam coolers outside matches (there are no open-container laws in Brazil so you are free to drink in public). Inside World Cup matches, Anheuser-Busch beer will be sold (though queues at the Confederations Cup were extraordinarily slow-moving, despite not being extraordinarily long).

"Don’t be too friendly with any girls inside stadiums," says Santos fan Dov Zylberman. "Girls at games are always with somebody – and usually somebody who's willing to get into a fight."

The most important places of football pilgrimage in Brazil

Coming to Brazil for the World Cup? ESPN football commentator Paulo Calçade gave us a rundown of the five must-visit sights in Brazil for serious footie fans:

We'd add another to Paulo's list: Três Corações, Minas Gerais. The hometown of the world's most famous footballer, Pelé, sits 287km southwest of Belo Horizonte just off the BR-381 between São Paulo and the Minas capital. An enormous statue of the King (around here, that's Pelé, not Elvis!) marks the entrance to town off the main highway. In 2012, the city inaugurated Casa Pelé (www.trescoracoes.mg.gov.br/casa-pele.html), a replica of the home where Pelé was born and raised.
In the city's main square, Praça Coronel José Martins (otherwise know as Praça Pelé), a bronze statue of Pelé raising the Jules Rimet Trophy after leading Brazil to the 1970 World Cup championship has resided since 1971. You can also find another statue of Pelé as a young child with his father in Parque Municipal Dondinho, named after Pelé's father; and there is an archive of Pelé-related material at Casa da Cultura Godofredo Rangel. It's an out-of-the-way destination, but unmissable for those that worship at Pelé's altar.

São Paulo-based Kevin Raub is the co-author of Lonely Planet's Brazil travel guide and he loves anywhere that ends in -land. Follow him @RaubontheRoad.