How to be an ethical traveller in Aboriginal Australia

No matter how well studied prior to arrival, visitors to Australia can’t help but have their understanding of this ancient and spiritual country transformed by embracing Aboriginal cultural experiences on a trip here.

Today, non-Aboriginal Australians are starting to realise how much has been lost during the colonial and modern eras in Australia, knowledge from many Aboriginal cultures that challenges people’s worldviews and explains so much about this land. As the oft-quoted Proust quote tells us: ‘The real voyage of discovery consists not in seeing new sights, but in looking with new eyes’.

Go on a tour

In Central Australia the number of tour operators that focus on Aboriginal culture, or work with Aboriginal communities is increasing all the time as more outfits get ‘international traveller’ ready. We recommend many in our guidebooks, as does Professor Marcia Langton in her excellent 2018 book Welcome to Country: A Travel guide to Indigenous Australia. We also recommend doing some local research to hunt out small, ethical operators (some of which don’t have websites or email addresses).

Doing a tour, many of which cater to specific interests, provides a good opportunity to support Aboriginal owned-and-run initiatives with profits going back to local communities. For example, RT Tours Australia in Alice Springs offers Aboriginal-led experiences with a focus on bush foods; Jungala Entreprises does cultural walks and bike rides with an Aboriginal guide; and Rainbow Valley Cultural Tours organises visits to Rainbow Valley with a traditional custodian.

At Uluru-Kata Tjuta National Park many of tours are either led by Aboriginal people or consult with traditional owners, enriching your experience of this amazing landscape and deepening your appreciation of the monolithic Uluru. Even if you don’t have the funds to get out on one of the longer tours available, you should give yourself at least half a day to learn as much as you can before exploring the park at the Uluru-Kata Tjuta Cultural Centre – join one of the free, ranger-guided walking tours like the Mala Walk.

If you don’t have the time to get out on a guided tour, visit Alice Springs Desert Park. Located on traditional land just outside of town, and inspired by the Arrernte worldview that unites desert plants, animals, people and land, it has an unforgettable design and opens the mind to things that you won’t have considered before.

Understanding and respecting privacy is a basic ethical travel requirement, and one must understand that all Aboriginal land is private, with permission being required to visit. Many communities in Central Australia actually require a permit to enter, even if you’re just transiting through. This system helps ensure both the privacy and protection of communities. Permits need to be organised in advance (they are usually free and rarely refused) from the Central Land Council in Alice Springs. All permits can be applied for online.

If you visit an Aboriginal community, wait until asked before approaching homes or people. And remember that funerals and cultural ceremonies are times where privacy is particularly important (that just goes without saying, doesn’t it?). On a recent walking tour in Central Australia I asked my Aboriginal guide if I could take his photo, his very humorous and disarming response: ‘as long as you put a good filter on it before you post it’.

Even when visiting popular tourist sites, be aware that some areas may be closed or have restricted access. If you’re unsure, always ask first. When outdoors, just imagine you’re in a place of worship. You wouldn’t push past a church door with a sign that read ‘Private, do not enter’, so you shouldn’t stray away from permitted areas on significant Aboriginal sites either. Stick to the designated tracks and follow the advice of local guides.

In the rush of excitement to see some of Australia’s iconic sights travellers have at times ignored the sanctity of these places for their traditional custodians. This has certainly been the case in Australia’s Red Centre, where for decades travellers have visited with a mission to climb the rock. This is despite the locals requesting people not to climb Uluru (Ayers Rock) and to stay on the designated walking paths available to people at Kata Tjuta (The Olgas).

After many years of debate – and due to dwindling numbers of climbers as more people open their hearts to the significance of this politely made request from the Anangu community – the debate on whether to climb or not will soon be put to rest when plans to make the ascent inaccessible come to fruition later in 2019.

Caring about the environment

Indigenous people have a unique relationship with their country’s land and water, which entails the care and protection of the environment. There are many ways you can respect this spiritual connection.

Australia has the longest continuing artistic traditions in the world, and its Aboriginal artwork is probably the most visible manifestation of these unique cultures – it is also an economic mainstay of many communities.

However, buying Aboriginal art requires some research to ensure you are making informed and ethical decisions. For starters, check out the Indigenous Art Code, a system to preserve and promote ethical trading in indigenous art.

Fair and transparent galleries and stores will note what portion of your money goes where – these businesses can be identified by the black-over-red Indigenous Art Code on display. Also take a moment to read the short Purchasing Australian Aboriginal Art, A Consumer Guide from ankaaa.org.au.

All art centres welcome visitors, but it is always respectful to call ahead. Most in the region are also represented in Alice Springs by Talapi, a central gallery that promotes the artists and artworks of Desart members.

After time spent in Aboriginal Australia you’ll understand the slogan of survival and resistance spoken here: ‘Australia has been, always will be Aboriginal land’.

Don’t miss the opportunity to learn about the many Aboriginal nations of this vast and ancient country while you’re there – even in Australia’s major cities there are ample opportunities to engage with Aboriginal culture and knowledge, and learn about their histories. You won’t look at the world the same way afterwards. 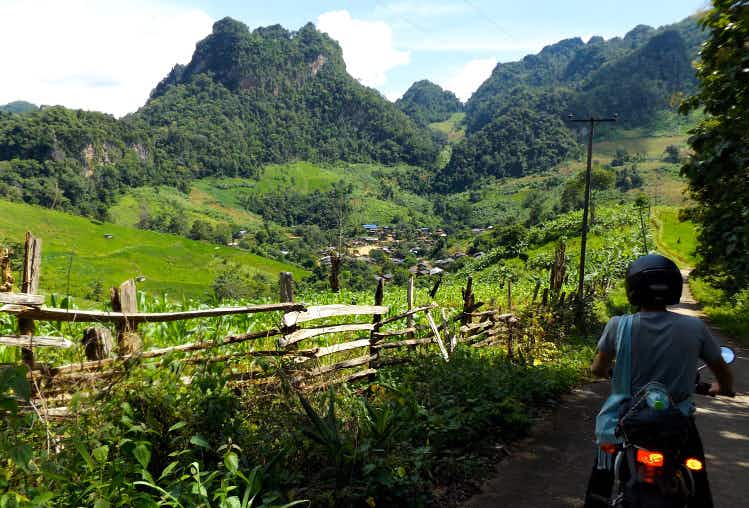 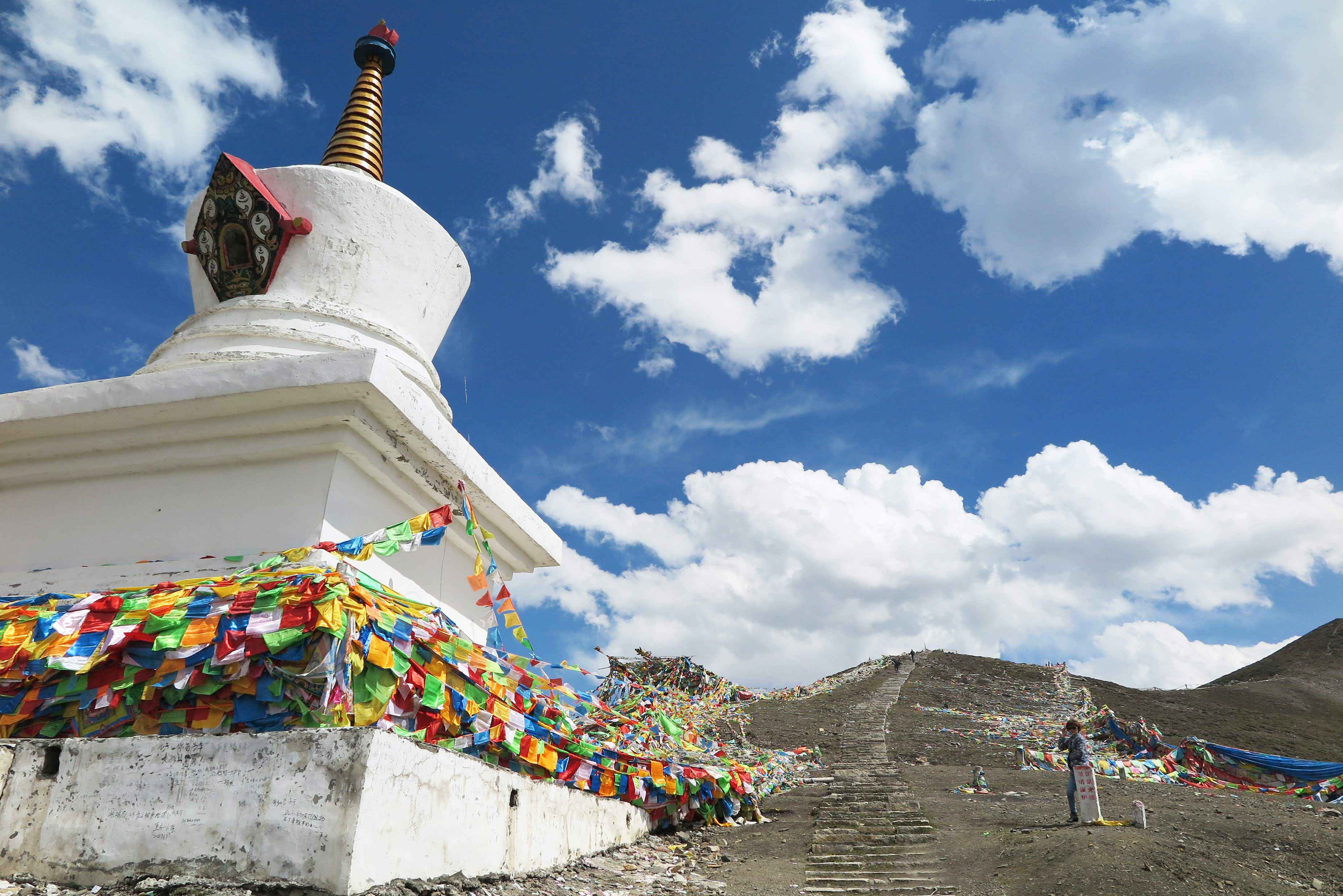 Another view from the roof of the world: alternative Tibet…