How beekepers around the world are keeping colonies alive 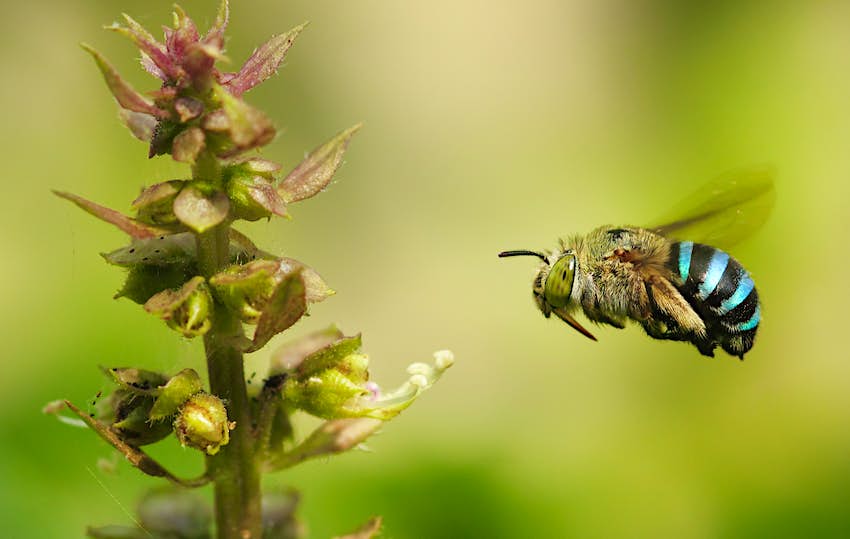 When bees first emerged over a hundred million years ago, the world looked remarkably different. The Gondwana supercontinent was still sorting itself into some of the pieces we know today. Flowering plants were still a relatively new development, and wasps had only just evolved to consume pollen instead of other insects – an innovation that led to the honey bees that are now found nearly everywhere on earth except Antarctica.

Modern agricultural practices, however, including monoculture and the use of neonicotinoids, have devastated bee populations around the world. Now, recent headlines have gone viral with a warning that so-called "murder hornets" have arrived in North America. The invasive species could further weaken vulnerable bee populations. But it's not all doom and gloom for the fuzzy pollinators.

Celebrate World Bee Day by learning more about these 11 conservation-minded destinations where indigenous and historic beekeeping practices are being used to help save the bees, and are capitalizing on the new travel trend of bee tourism to help support beekeepers and apiary communities.

There are thousands of bee species around the world, which vary in honey production, aggression, and the kind of hives they build. Some are considered dangerous pests outside their natural habitats, while others are beloved by beekeepers around the world. Slovenia's native Carniolan honey bees are one of the later, valued for their hardiness and docile demeanor. Slovenia is so proud of its bees its turned them into something of a tourist attraction in towns like Radovlijica, where apiculture is celebrated with tours, tastings, and even a hotel rating system.

China is such a vast country that it's full of a variety of ecosystems, including some especially biodiverse areas like Shennongjia Nature Reserve that are packed with bee-friendly plants. That's just one of the corners of the Yunnan province where Lisu beekeepers set up thousands of wooden hives along the region's towering cliff faces. It means extra work and risk for the beekeepers, who must climb up hive to hive to tend to the colonies inside, but arranging their apiaries this way mimics wild bees' natural habitats.

Like Slovenia, Lithuania has a long and proud beekeeping tradition, which is commemorated at the the Ancient Beekeeping Museum in the village of Stripeikiai within Aukštaitija National Park. There you can see the unique hives made from logs and straw, often guarded by statues of the bee god and goddess Bubilas and Austeja, who played a significant role in ancient Lithuanian folklore.

Or you can visit the town of Šventoji, where a shrine to Austeja and her bees sits alongside totems to other gods, before stopping at a cafe for some mead – a beverage still beloved by many throughout the country. You can even arrange a full beekeeping-themed tour that will take you to different villages and apiaries. However you plan your trip, it'll be hard to leave Lithuania without a deeper sense of connection to "bee families," as colonies here are known.

Travel literature and bush lore is full of stories of African honeyguides – pretty, chatty little bird that appear in the savannah and will lead humans to hidden beehives in exchange for a cut of the score. This isn't just a local myth, however. Honeyguides really do have a sophisticated communication system with Mozambique's Yao tribesmen that's been honed over thousands of years. Researchers have found the bond between honeyguides and humans to be one of the few examples of such cooperation with a non-domesticated species.

Australia is home to a wide variety of bees, some (like the blue banded bee and teddy bear bee) as unusual in appearance as Australia's more famous kangaroos, koalas, and platypuses. Those bees play a large role in Australia's incredible diversity of unique flora and fauna, and honey is deeply important to Australia's indigenous communities. It's even incorporated into the origin story of the Kombumerri people, whose Dreaming involves the god Jabreen swimming out of the Milky Way to earth, where he feasted on wild honey.

However, it's no secret that Australia is facing serious environmental challenges – from creeping climate change that's produced record-breaking temperatures to devastating wildfires. That's stressing native bee populations and destroying crucial habitat. But the government is working on conservation efforts – including naming Kangaroo Island (the only remaining home of pure Ligurian bees originally imported from Italy) an official bee sanctuary.

You've heard of the Maltese Falcon, but have you heard of the Maltese bee? Because the island of Malta is relatively isolated from the rest of Europe, Maltese bees evolved into their own subspecies. Nearly any guide or host will mention how even the name Malta is derived from the Greek word for bee because of how prized and famous the island's honey was in the ancient world. That hasn't fully protected Malta's famous bees from the same ill effects impacting bees on the mainland, however.

That's why Malta has been working hard to repopulate its bees, with groups like Beesavers Malta working on relocating swarms instead of resorting to pest control, feeding hives who don't have enough natural food sources, and encouraging the government and private citizens to increase biodiversity in green spaces and back yard gardens. Other strategies have included carefully introducing other nearby regional bee species, like those from Italy, to help strengthen Maltese bee populations.

For many indigenous peoples, forest management was used in lieu of, or in combination with, stationary agriculture to produce food and other resources. That's certainly the case for the Yiaku of Kenya, who have long kept hives in the Mukogodo Forest. Their beekeeping practices not only provided the Yiaku with honey, but also helped them maintain a strong ecosystem.

Part of the tribe's strategy includes positioning hives near tree species vulnerable to poaching the bees can serve as a natural defense mechanism against loggers. In fact, the Yiaku's conservation techniques are so effective, they're currently being considered by the Kenyan Forest Service for application elsewhere in the country.

In the forests of Nagaland in northeast India, the tribal culture of the Naga people has inevitably changed over the years, but some traditions remain the same. Those include the Naga's apiary approach, which uses bamboo boxes as well as log hives. While honey is used medicinally by the Naga, they also eat the bees themselves as a protein source. Now new generations are encouraged to get involved in the apiary industry as honey and other bee products have become an important source of income not only for some 17,000 beekeepers, but other members of the community, too.

Some beekeeping cultures work with wild bees to harvest honey, while others use hives closer to home. In Ethiopia, beekeeping is a blend of the two, in which beekeepers used dead and hollowed-out logs that are specially prepared with bamboo strips and hoisted into trees to attract a swarm. Twice a year, the beekeepers return to harvest honey that's a valuable commodity outside the Harenna Forest in Bale Mountains National Park, where these traditional practices are still embraced and are an important part of maintaining the diverse environment.

Long before the arrival of murder hornets in North America went viral, the continent's bees had their troubles. For reasons unknown, apis nearctica, a Miocene-era honey bee discovered in a single Nevadan fossil, went extinct thousands of years ago. The presence of honey bees in North America is due to later reintroduction by white settlers. But that doesn't mean that indigenous peoples in North America weren't working with bees – just a different species.

Further south in what is now Mexico, however, the Mayans revered a type of stingless bee that is adapted to tropical environments and which produces smaller quantities of honey. The Mayans used clay containers with narrow openings to house hives while protecting their bees from predators and pests. Mesoamericans living in what is now the Yucatan even used honey to make a kind of hallucinogenic mead, and worshiped a bee god known as Ah Mucen Cab.

Meet the animals of the Amazon rainforest

After the bushfires, koalas in Australia are returning to the wild
This Japanese aquarium is begging people to video chat with their shy eels
How Australia scuba tour guides are saving the Great Barrier Reef while tourists are away

The most essential US civil rights sites in the South

8 min read • Published about 23 hours ago

Ask LP: How do I resist the urge to travel right now?

8 of the weirdest beers from around the world