Torres del Paine's 'W' circuit is often touted as Patagonia's must-do trek, but there is a rising star in a far more remote pocket of Parque Nacional Los Glaciares – the four-day Huemul circuit. We took to the glacial wilderness here and had the trail pretty much to ourselves.

The little town of El Chaltén, Argentina fades slowly out of focus, the Cordón del Bosque rising behind it in a snow-capped ripple above the broad bends of the Río de las Vueltas. No sooner have we begun our trek deep into the heart of Parque Nacional Los Glaciares before our guide Pablo stops dead in his tracks and points skywards to a condor soaring with the wind. We are almost close enough to hear the whoosh of the mighty three-meter wingspan of one of the largest birds on earth.

The 'peak of fire'

'You see that peak over there?' Pablo asks. My gaze lifts to the horizon ensnared by the granite spires of the Fitz Roy range, flinging up like daggers from the steppe on the Chile-Argentina border. I zoom in on the highest of the high: 3405m Monte Fitz Roy. 'The indigenous Tehuelche people thought it was a volcano because of the wispy clouds that curl around its summit.' Indeed the Tehuelche name for the peak means 'smoking mountain' or 'peak of fire'. Volcano or not, this is a fearsome beast of a mountain that pushes even the most hardcore climbers to their limits.

The Huemul Circuit ranks as one of Patagonia's most demanding treks, but the first day is almost deceptively easy. The sun is shining, the walking is a breeze, the terrain fairly gentle. There's the faintest whisper of early autumn in the lenga, or southern beech forests, their leaves starting to turn russet and gold. All is blissfully silent but for the sound of foot on rock and birdsong. Pablo is clued up about the local flora and wildlife, pointing out a Chilean flecker flitting out of a tree swathed in false mistletoe. Besides fleckers, Magellanic woodpeckers and austral parakeets are quite commonly spotted, though the chances of seeing a puma or the trek's namesake huemul, an endangered South Andean deer, are rare.

The bold orange balls bursting from some of the tree trunks like an outbreak of acne are pan de Indio, or Indian's bread, a parasitic fungus that is edible, if not particularly tasty. We also pause to sample the tangy, vitamin C-packed berries of the prickly calafate bush. 'According to local legend, if you eat these berries you will be sure to return to Patagonia,' says Pablo with a smile.

Mt. Huemel on the horizon

The views become increasingly dramatic as the trail exits the woods and begins to rise, taking in the glacier-fed, topaz expanse of Lago Viedma. The jagged face of Mt. Huemul with its hanging glacier and 2221m Cerro Solo, the lone ranger among the mountains, demand attention as the trail dips into the Laguna Toro valley and we reach our camp for the night. Dusk falls and we crawl into the tents just as the wind begins to pick up – a taste of things to come.

Up at 6am, we eat breakfast quickly in darkness before packing up the tents and donning backpacks. The sky looks menacing as we make fast pace to our first challenge of the day – crossing the Rio Túnel, which actually turns out to be three small rivers and one large one. Having changed shoes and unbuckled our straps, we proceed across the river, one at a time. The water is breathtakingly cold and almost waist-deep, the current strong and the rocks slippery underfoot. Adrenaline races as I summon up every ounce of strength to traverse the river, using my poles to support me, at times bent double by the hammering wind. Every step matters. I reach the other side, with relief and exhilaration sweeping through my shivering body like a tidal wave. A rainbow arcs above us as we press onward.

Patagonia is not just wild because of its topography – this is a region ruled by the elements, notorious for high winds and fickle weather that can change at the drop of a hat. Today, we bear the brunt of nature unleashing its full force. After the river crossing comes a traverse of the Lower Túnel Glacier. On a bright day, Pablo tells us, the glacier crevasses shimmer blue and the views are incredible. In the howling wind and driving rain, however, the dark, knife-edge peaks of Cerro Grande are the very vision of Mordor. If walking on ice without crampons feels like ice skating without skates at first, we soon get the knack of it – dodging the slippery bits and aiming for the grippy patches of moraine.

A ridge trail climbs steeply and unrelentingly from the glacier. Still battling with treacherous winds and pounding rain, we trudge up a rocky slope to the Paso del Viento (Windy Pass) at 1550m. With a tough 900m ascent under our belt, the weather finally starts to show some mercy and we snatch our first arresting glance of the Southern Patagonian Ice Field, the third largest chunk of ice on the planet (outside of Greenland and Antarctica). We are dumbstruck by its scale – stretching seemingly to infinity and outlined by peaks like Cerro Mariano Moreno, Patagonia's third highest at 3462m.

The uplifting views spur us on for the descent through a highland valley mottled green, which shadows a brook down to the Paso del Viento Refuge. With clothes strung out to dry in the emergency shelter, we huddle around mugs of soup and hot tea and relive the day's challenges. I can feel every muscle in my body and I'm not alone – a fellow hiker from Colorado, who has just completed his first Iron Man, says it was the toughest day of trekking he's ever done.

Snow frosts the mountains in the morning as we leave the shelter and begin a gentle ascent on a path that skirts Mt. Huemul, then crosses a stream before following a rocky trail up and around glacial cirques. Frozen and deeply fissured, the Southern Patagonian Ice Field scythes its way through the mountains that spread out before us. Try as we might, it is impossible to capture its fully blown majesty on camera.

A glimpse of glacial splendor

I grapple with the wind once again on the stiff climb to Passo Huemul at 987m, but the gusts ease up as we drop over the other side of the pass. A ledge here offers dress circle views of the Viedma Glacier that are nothing short of extraordinary. Quadruple the size of the more famous Perito Moreno, this is Argentina's biggest glacier – its beauty accentuated by the blue waters of Lago Viedma. A picnic in a nearby forest glade fires us up for the long descent to the lake below where icebergs chink. After the tough climbs of the past few days, picking up speed through downhill lenga forest is exhilarating, with the odd twisted root and buckled tree providing natural obstacles. Sunset paints the sky in pastels as we reach the lakeshore and set up camp at Bahía Cabo de Hornos.

Day four takes us on a steady march out through steppe, leaving behind the entrancing views of the Viedma Glacier and reaching a trail that undulates above Lago Viedma. We cross the Rio Túnel again, but this time in much calmer conditions, traversing two-by-two diagonally with the current. Crashing out on the banks for a picnic, we know the path out through the grounds of an estancia to the end point at Bahía Túnel is going to be plain sailing. Minds wander to proper beds, wifi, beer and pizza. We've barely seen another soul for the past four days and civilization looms close. But for now it is just us and open wilderness. I shut my eyes and listen to the rush of water over rock, thoughts drifting as lightly as a condor catches the breeze. Somehow I have an inkling that, calafate berries or not, I'll be back.

Patagonia's hiking season runs from October to April (spring to autumn). Summer brings the warmest climes, with temps reaching a maximum of 15°C (59°F). Always come prepared for unpredictable weather with warm layers, sturdy boots, waterproof gear and walking poles. El Chaltén is a laid-back town, with a steady trickle of backpackers (mostly there for the hiking) and a handful of hostels and inns. 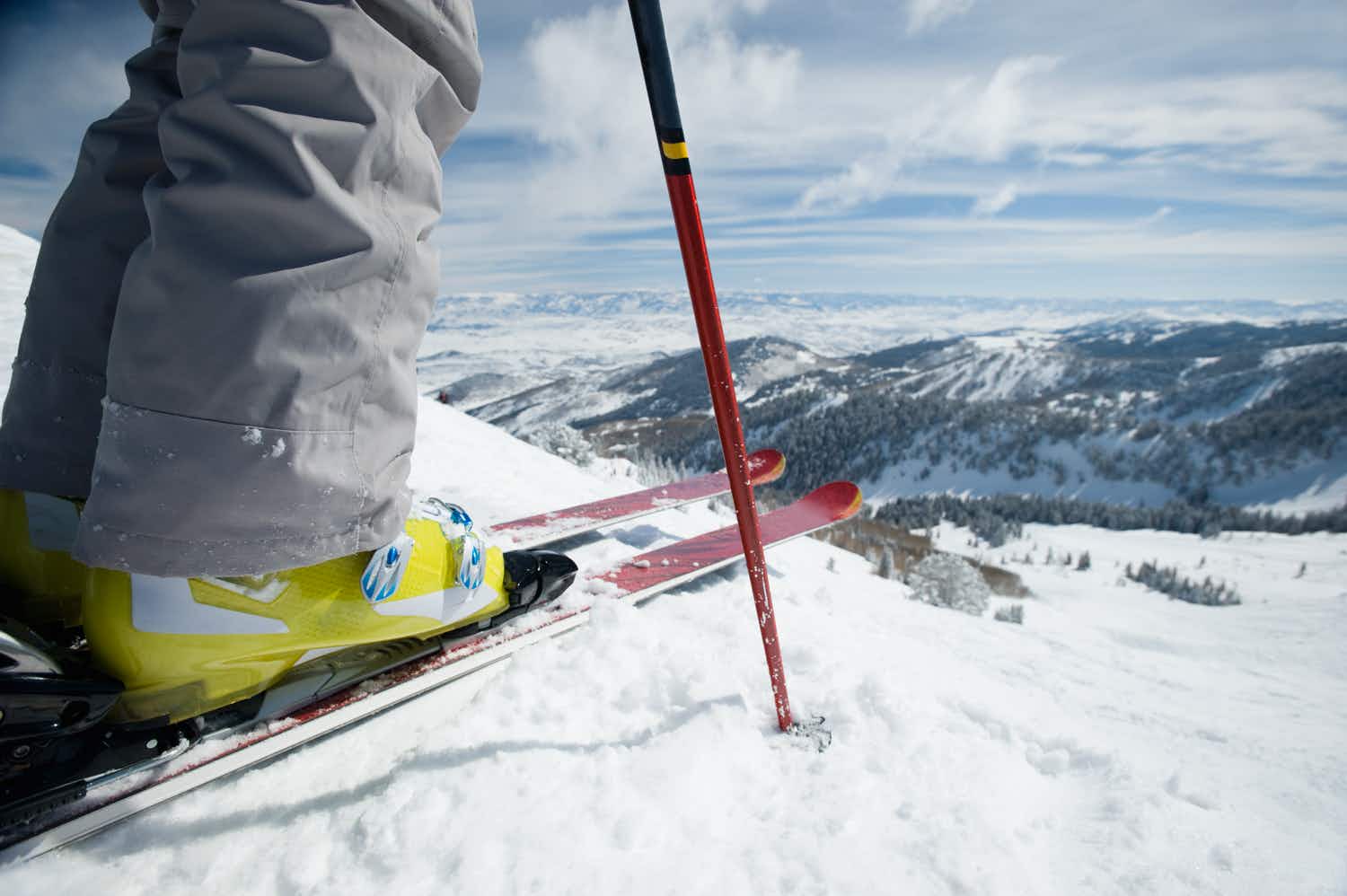 7 reasons to learn to ski in Park City 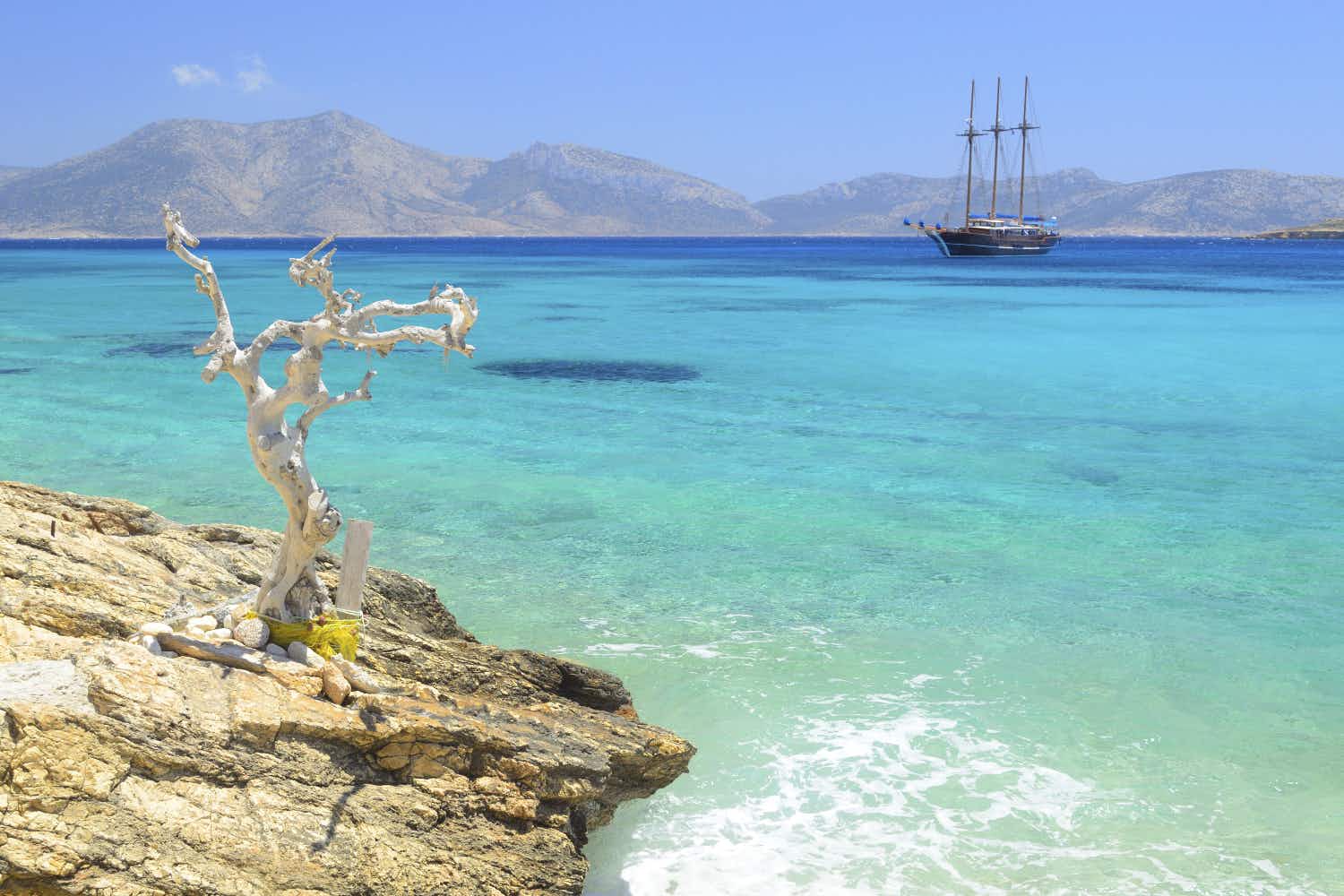