Green travel: how to ditch the plastic water bottle

There are three golden rules of the road less travelled: always carry a stash of toilet paper, learn a handful of phrases in the local lingo and don't drink the water. Ignore the last and you'll need a roll at the ready and 'where's the bathroom?!' on the tip of your tongue. I should know. I've had waterborne creepy crawlies stake claim in my intestines in places from post-quake Pakistan and Haiti to inner city Havana and rural Guatemala. Explosive diarrhoea while camping or bouncing around on a chicken bus? Neither pretty nor fun. Maybe you can relate.

The standard counsel for avoiding such a fate is 'drink bottled water'. But all that bottled water is having a hell of an impact on the environments we visit. Even the most mindful travellers are not 'leaving only footsteps' once they're packing a single-use water bottle. We may move on, go home, and sally forth, but that plastic stays behind and the fossil fuels used to produce, bottle and transport that bottle and water are gone forever.

Multiply a little plastic waste by a world of travellers and you have a monumental environmental problem. How monumental? Research indicates that 9 out of 10 plastic water bottles wind up as garbage - that's 30 million bottles a day. Meanwhile, it can take a thousand years for one of those plastic bottles to biodegrade. Yikes. 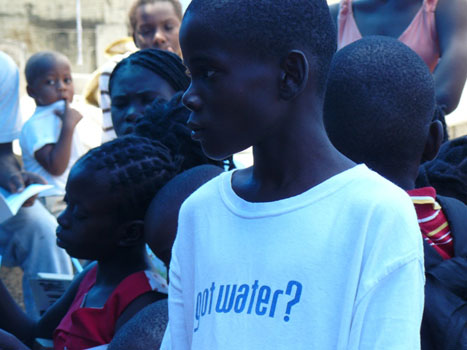 So that we can lower that 30-million-a-day tally, here are some ideas for kicking the bottled water habit:

Pack a purifier:  Water purifying technology has come a long way since the heavy, bulky units of trips past. These days, you can buy high-tech, lightweight purifiers that will rid water of everything from giardia lamblia to Hepatitis A. If you're headed to less-developed parts of the world, you'll want a purifier, not a filter, which can't handle microscopic viral meanies like Hep A and rotavirus.

Sure, the sexiest units will run you anywhere between US$50 and US$130, but amortise the purifier's cost over several adventures and it becomes a budget-friendly, as well as eco-friendly, strategy. In my experience, a purifier is also a good way to meet other travellers - especially off the beaten track. For a 'no-brainer' option, consider getting a nifty bottle-and-purifier-in-one for home and travel (some, like Katadyn's MyBottle, rid water of viruses, bacteria, protozoa and cysts).

Tablets, iodine and chlorine: Camping stores sell all sorts of water purifying tablets (known generically as chlorine dioxide tablets) which are a great addition to your traveller's kit whether or not a tent adventure is in your future. Iodine and chlorine serve the same purpose: 8 drops of chlorine (bleach) purifies 4 litres of water, while 5 drops of 2% iodine solution purifies one litre of water. The water will be rendered potable, but might taste nasty, so consider adding some powdered fruit drink to the mix. 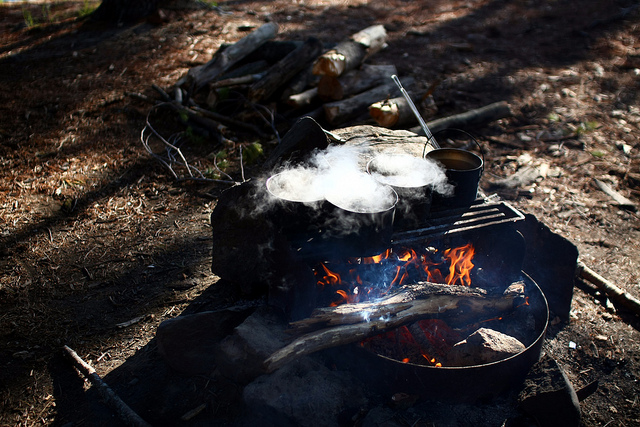 Boil it baby! I'm about as old school as they come and favour this foolproof method (when done properly, boiling eliminates all waterborne pathogens) at home in Havana. Boiling water for 1 minute - 3 minutes at high altitude - is an eminently viable option for campers and DIYers in accommodation with kitchen facilities. Decant into your water bottle and you're good to go.

BYO: Bring your own reusable bottle and some way of purifying tap water and funky H20 becomes potable. No purifier, chlorine or tablets? No worries: fill up at water coolers around town. Look for coolers at hotels, hostels, banks, and car rental or travel agencies. Favouring a reusable bottle (I carry a Sigg) is one of the simplest things you can do to limit plastic waste.

Think big: OK, I realise it's not always practical to boycott the bottle, but you can still limit the waste you leave behind. Instead of relying on single-use bottled waters, consider buying a big multi-litre jug of purified water and decant as you go.

And when all else fails: stick to beer!

To learn more about the bottled water problem and what forward-thinking folks are doing about it, check out these resources:

All product suggestions are the author’s independent views.

Since her first assignment to Ecuador in 1998, Conner Gorry has written over a dozen guidebooks for Lonely Planet. She has had giardia twice (Cuba, Pakistan), bacterial dysentery once (Haiti), and bouts of explosive diarrhoea all over the world. She most recently updated the Hawai'i Big Island guide (including the Green chapter) without purchasing one bottle of water. She lives in Havana and blogs at www.hereishavana.wordpress.com.