An upscale beatnik oasis of fresh comfort food, local libations and quirky shops and spas tucked into a colorful valley just off of the Ventura coastline, Ojai makes for an especially memorable weekend or day trip when navigated by bike.

One of the only valleys in the world oriented east-to-west, Ojai is a haven for both outdoor enthusiasts and the spiritually inclined. Though it's only two hours from Los Angeles and as highway-accessible as anywhere in SoCal, there is something that feels intrinsically appropriate in arriving there on your own power. Ojai is unquestionably bike friendly, thanks especially to a pair of connected, paved bike routes that link Ojai to the coast in Ventura about 15 miles away.

For visitors without a bike, the most convenient rental spot is Ventura Bike Depot, located a quick pedal away from The Ventura River Trail. From the coast, The Ventura River Trail feeds into the Ojai Valley Trail, a route which in bygone days served as a Southern Pacific railroad line. Completely protected from motorized traffic, the Ojai Valley Trail parallells Highway 33 much of the way, weaving through citrus groves, oak trees, and ranch lands up the valley before ending a couple of blocks south of downtown Ojai.

While the route meanders steadily uphill (about 800 vertical feet in total) to Ojai, the trail's origins as a rail line means the grade is mild and the pedaling manageable even for beginner cyclists. The sweeping views of the valley and rolling hills provide ample scenery and the thick clusters of trees offer welcome shade as the path draws closer to Ojai.

After crossing over West Ojai Avenue and continuing on the path toward downtown Ojai, an afternoon or weekend of indulgence will be well-earned as the exploration begins. After venturing into town from the Ojai Valley Trail, cyclists will find that speed limits are slow, traffic moves leisurely, roads are wide and there are plenty of other like-minded travelers on two wheels.

For cyclists who want to venture beyond the downtown area, the hills and mountains surrounding Ojai are home to a myriad of additional bike routes on pavement, gravel and singletrack. If exploring further afield is of interest, you need more air in your the tires, or want to pick up souvenirs like a local cycling jersey, head to The Mob Shop – housed in an abandoned gas station – that is the best stop for all things two wheels, including guided tours.

Located at the beginning of town just off of the trail, Spa Ojai at Ojai Valley Inn can either serve as a luxurious welcome treat or grand finale. Absorb the area’s “vortex energy” via an indigenous plant-infused sound therapy session (a delightfully dizzying multi-sensory session involving the chimes of crystal singing bowls and aromas of fresh sage) or the spa’s signature Kuyam Experience — wet and dry heat via scented clay and Chumash meditation practices of surrounding oneself in white light. Or opt for a simple CBD oil massage. The one-of-a-kind treatment options are tough to choose between, and the Inn’s Artist Cottage and Apothecary presents a microcosm of Ojai’s creative, nature-loving spirit with activities like candle making and essential oil consultations.

If you’re looking for a more accessible experience that isn’t couched within a hotel or resort setting, The Day Spa of Ojai is a dedicated, self-contained relaxation pampering destination corner draped in soothing aromas and mystical fashion accessories. Its bountiful options of facials, massages and body treatments range from 15 minutes to two hours,  so you can customize how long you spend getting pampered before the pedaling continues.

The stunning setting of the Topa Mountain Winery is among the first sights greeting cyclists upon arrival in Ojai. Surrounded by vineyards and lush gardens, its sprawling outdoor patio area is the perfect place to sip a glass of tangy, estate-grown NV Barbera. Soak up the sounds of live music on weekend afternoons, especially before embarking upon the all-downhill journey out of town. The patio is also a winning spot to witness Ojai’s famous "pink moment," the few minutes during sunset when the surrounding hills and valley walls take on an awe-inspiring reddish alpenglow.

Also named after the surrounding mountain range, the East Ojai Avenue location of Topa Topa Brewing Company is home to one of the best people-watching patios in town. Their rotating Single Hop IPA or Flatlands saison will hit the spot after the uphill ride into town, particularly when accompanied by a fried chicken salad from in-house Balinese food stall Little Sama.

Where to eat in Ojai

Speaking of tasty bites, Ojai has no shortage of foods ranging from fresh and light to funky and comforting. With the exception of light selections such as its quinoa salad and ceviche, Agave Maria’s authentic and cheesy Mexican fare runs adrift of Ojai’s famously health-conscious way of life.

Swap the margaritas for a wholesome date shake at Hip Vegan Café. It's the place to grab an exquisitely fresh rainbow-colored salad, steaming bowl of turmeric and fresh herb-flavored soup or surprisingly filling sandwich. Service is quick and the seating spare, with a few counter seats inside and single picnic table outside.

Offering a tasty balance between decadent comfort and airy fresh fare, The Nest’s buzzy patio is a popular place to sip elaborate cocktails enhanced with locally grown ingredients like citrus, lavender and rosemary, or to nosh on lamb meatballs or flavorful, thin-crust pizzas.

Shopping and sights in Ojai

As one might expect by Ojai’s general nonconformist vibe, there are no chain stores in town (though it's worth noting Patagonia’s flagship store is right down the road in Ventura). The spacious shops under central downtown’s archways run the gamut from OVA Arts, a gallery showcasing and selling original masterpieces of local artists, to The Kindred Spirit, an “everything” store run by a mother-daughter duo that sells high-end outdoor clothing, designer shoes, handmade jewelry, candles and kitchenware.

Another glimpse of Ojai’s vast, eclectic, sometimes eccentric talent pool can be found at Galerie102, which displays varying works from fiber sculptures to water colors to large-format mixed media. Down the block lies Bart’s Books, Ojai’s famous outdoor bookstore launched in the 1960s by Richard Bartinsdale, and initially functioned on an honor system money drop in the form of an old coffee can. Today, it's still one of the few bookstores in which perusing titles is possible with a bike under one hand, as the rows of shelves are all outside.

Next you can head to Libbey Park, a shady spot full of fountains and sweet-smelling flower gardens where you can relax or rejoin the bike path. Be sure to check out Old City Jail before pedaling out of town. The historic landmark, a tiny concrete building with only a few rock-sized holes for natural light, housed petty criminals from the 1920s to the 1970s. The sight will supply an enhanced sense of freedom for the fast and exhilarating ride back down the valley. 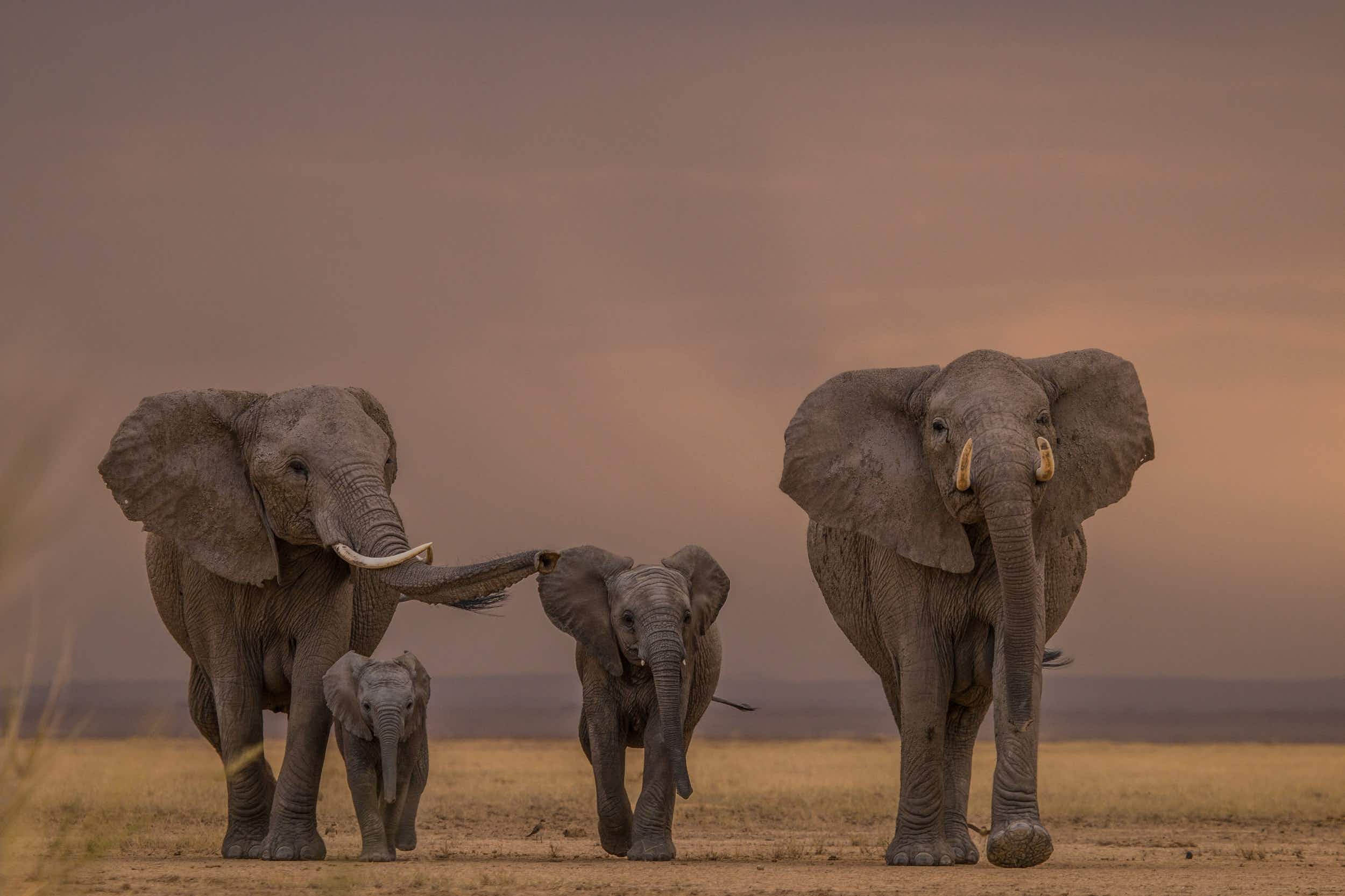 Safari animals: the story of elephants (and the best places… 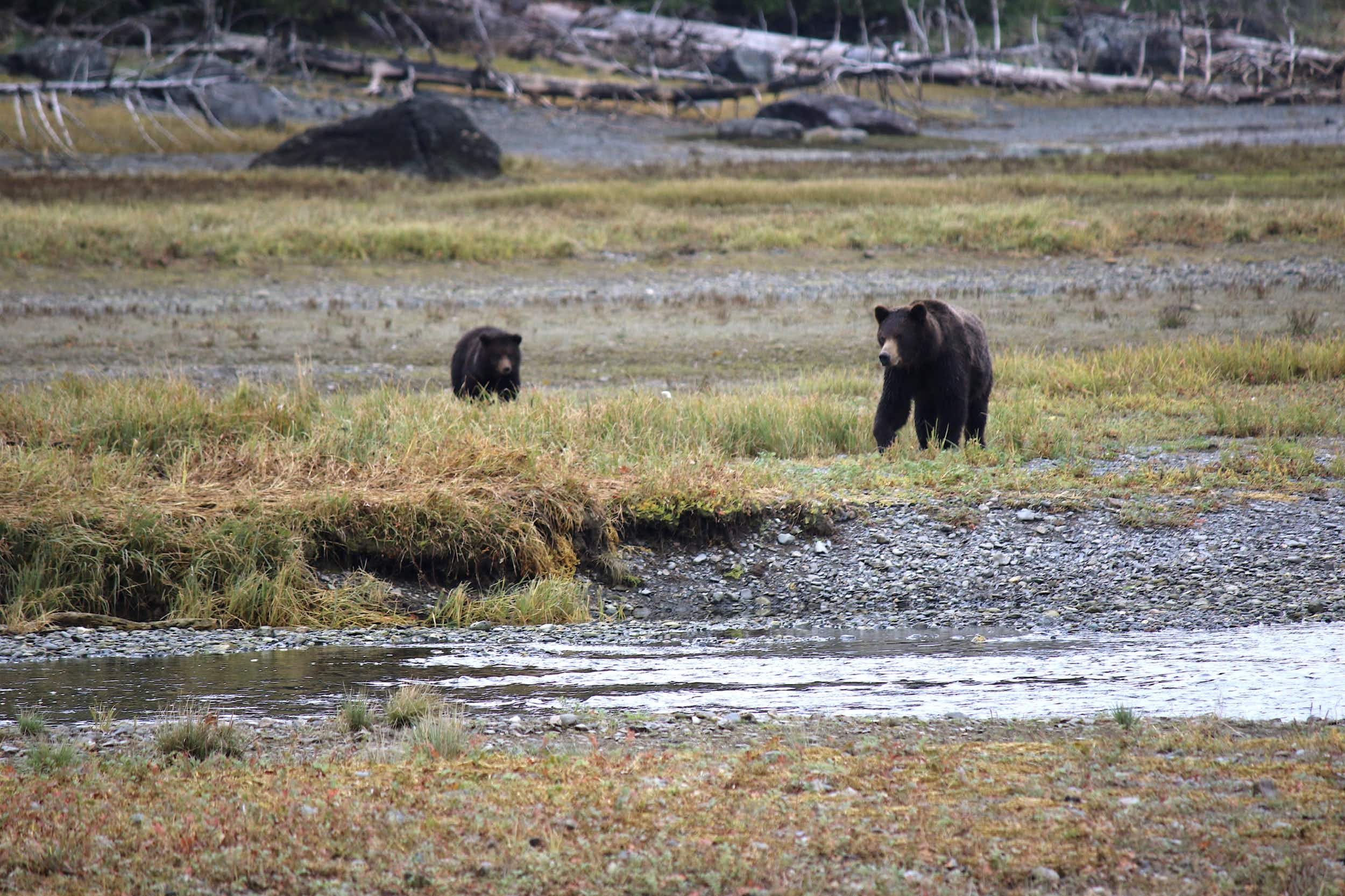 Into the fortress of the bears