Shake out your feather boa and spin that glitterball, the grand final of 2014’s Eurovision song contest takes place this Saturday in Copenhagen, Denmark. Eurovision showcases the best (and most baffling) music and costume of Europe’s rainbow nations - plus a few hangers-on - making it an irresistible event for armchair travellers. And some countries boast all the best tunes, winning the contest and the honour of hosting the event, multiple times. Bask in the winning streaks of these profilic Eurovision host cities with our primer. 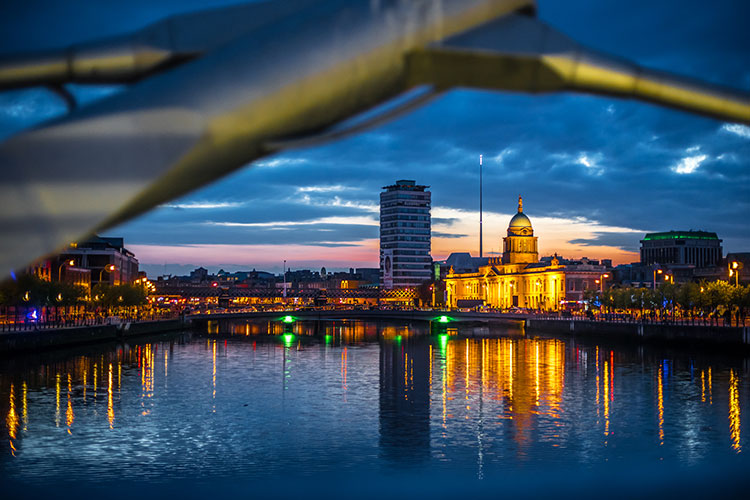 Sunset over the River Liffey in Dublin. Image by Giuseppe Milo / CC BY 2.0

One nation stands coiffed head and shoulders above the rest in Eurovision success. Ireland has won the competition seven times - including three consecutive triumphs between 1992 and 1994. Dublin, the city of U2, Thin Lizzy and My Bloody Valentine (whose invitation to play the event must have been lost in the post), has hosted six times, while Millstreet, a Cork town with a population of 1500, hosted 1993’s event. Things have got quieter since then - the country finished last in 2013 - but you’d be a fool to write this pedigree nation off… 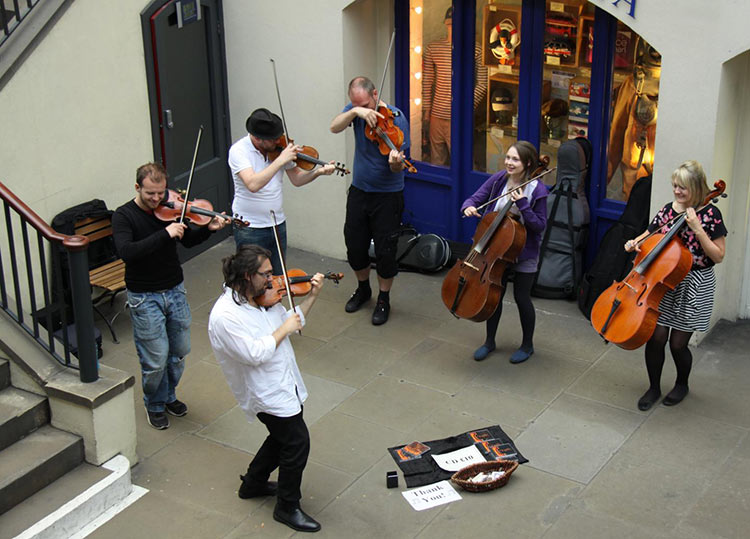 Reminiscing on faded grandeur is something the Brits do well, and Eurovision is no exception. The UK had a string of wins in the competition’s early decades, and London - where the Beatles posed on Abbey Road, Pink Floyd recorded The Wall, and Iron Maiden debuted - carried almost too much musical clout to host the annual kitschfest four times. But nul points came flying from the late 90s, with a nadir in 2003 where not a single point was assigned to the off-key (and perhaps aptly named) Cry Baby. Recent fortunes may change with 2014’s hotly-tipped Molly but should an ill wind machine blow, this veteran host city will be easily consoled with a quiet pint and some stiff upper lip. 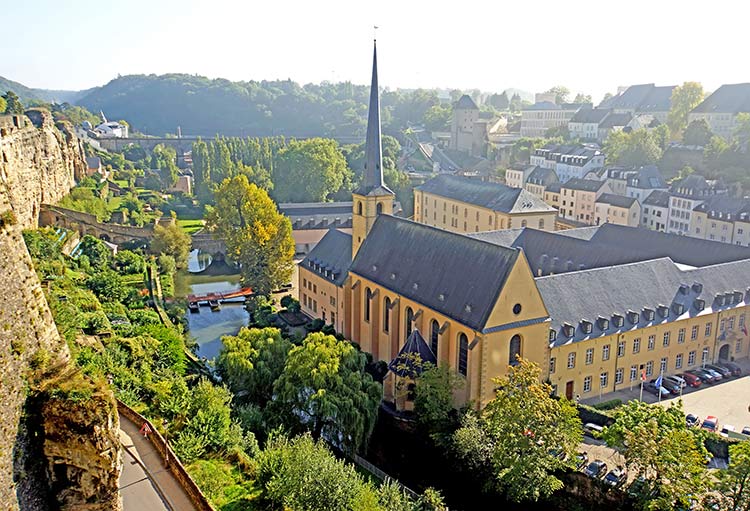 Whether they’re taking home the trophy (five times) or throwing the party, you know it’s going to be a memorable Eurovision when grand Luxembourg is involved. They played host to Eurovision four times where some notable ‘firsts’ happened on their turf including the first black singer to take part, the first woman to ignore tradition and forego a dress (for a sensible 60s pant suit of course) and the first non-European country, Israel, entered the contest. Sadly Luxembourg’s Eurovision stardom is a thing of the past, a bit like these guys now, as the country hung up its spandex indefinitely in 1994. 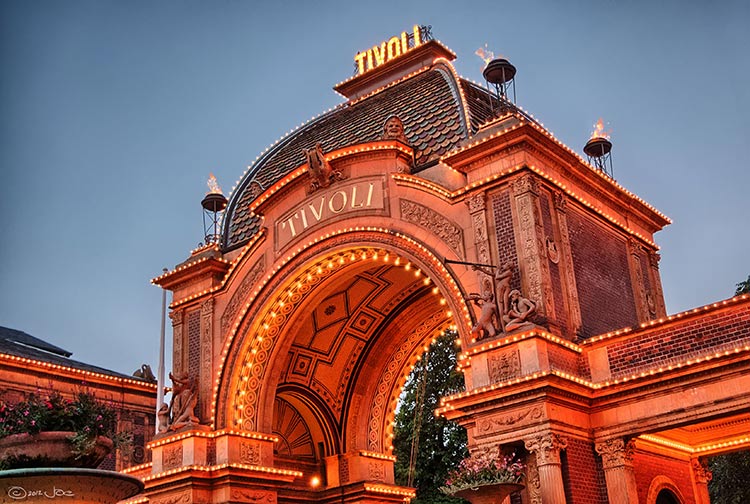 Third time’s a charm for this year’s host, Copenhagen, which has welcomed Eurovision twice before. While this year the show will be beamed live from the industrial B&W Hallerne, 1964’s contest was held at the more genteel Tivolis Koncertsal, set in the city’s ever-popular Tivoli Gardens. You can experience the venue for yourself at The Tivoli Festival, Scandinavia’s largest classical music festival (running this year from May to September), though admittedly the programme will be less pop, more Prokofiev, and there’s no guarantee of glitter. 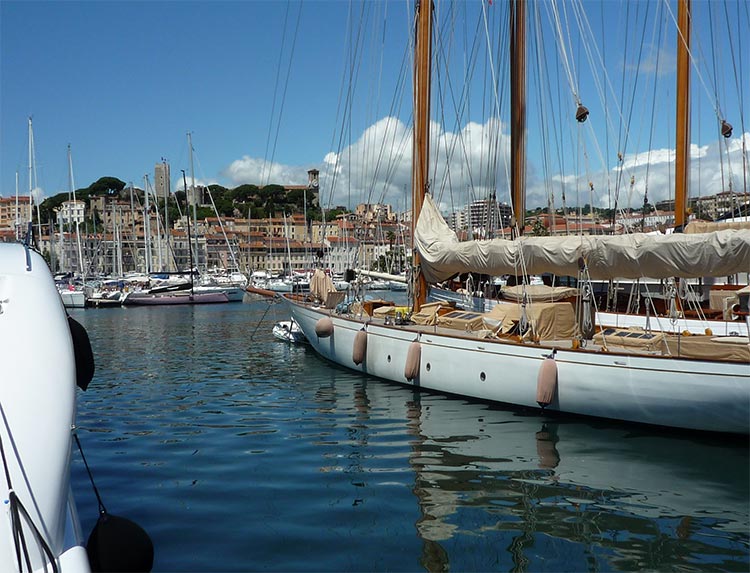 The epitome of glitz and glamour, Cannes was made for Eurovision where glitter-speckled outfits shimmer off the reflection of the Mediterranean Sea and champagne flows freely. The sunny seaside town has twice hosted the contest at its Palais des Festivals, first in 1959 when the principality of Monaco was first welcomed, and again in 1961 when the contest was moved to a Saturday night timeslot where it would stay. The white-sand beach and quaint cobbled streets must’ve been the song of the sirens for some countries as the 1961 contest lured in more and more participants including Yugoslavia, Spain and Finland for the first time. 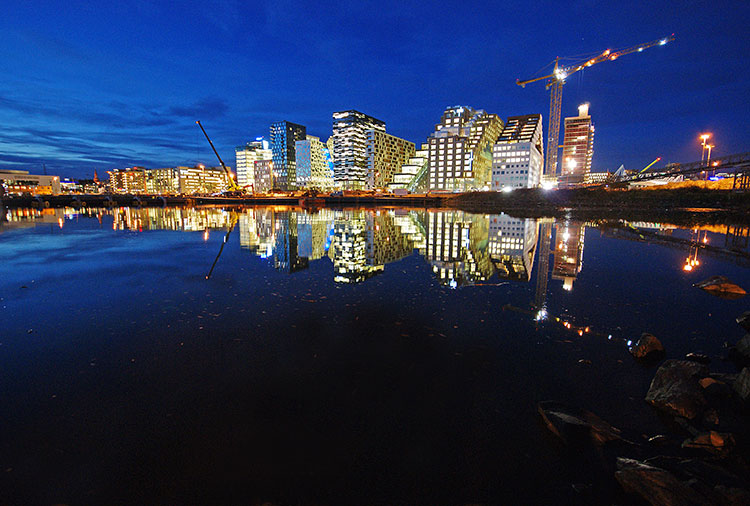 Oslo's gleaming skyline, home to some of Eurovision's most forward-thinking events. Image by Jørn Eriksson / CC BY 2.0

Hearts around the globe were set aflutter with teenage nostalgia when 80s heartthrob Morten Harket of A-ha fame hosted the 1996 contest live from Oslo. He and his co-host, journalist Ingvild Bryn, greeted each country in their native language and gathered the votes virtual reality-style: the height of technology in the nineties. When Oslo hosted again in 2010, the viewers at home became part of the jury, with their SMS votes counting for 50% of the outcome. Eurovision embraced change and so has Oslo; even if you’ve been before, you’ll notice something new in Norway’s rapidly evolving capital, from its skyline to its plush new neighbourhoods.

The Hague, The Netherlands: hosted twice 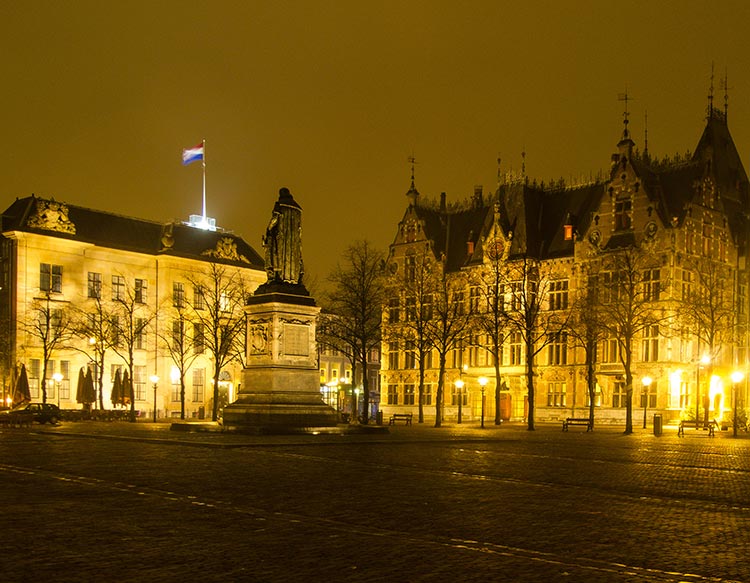 Grand squares, solemn statues and elegant period buildings - The Hague made for a curious contrast with the glitz of Eurovision. Image by Ferdi De gier / CC BY-SA 2.0

Den Haag (The Hague) is a regal town dotted with palatial mansions, embassies, exquisite museums and is home to the Dutch government and the royal family. Hardly seems the place to host the Eurovision Song Contest. But host they did, in 1976 and 1980, and things got suitably political. They chose 19 April as the date for the contest in 1980, clashing with Israel’s Holocaust Memorial Day so the defending Israeli champion chose not to participate. This was the only time when the defending champion did not participate in the contest the following year. 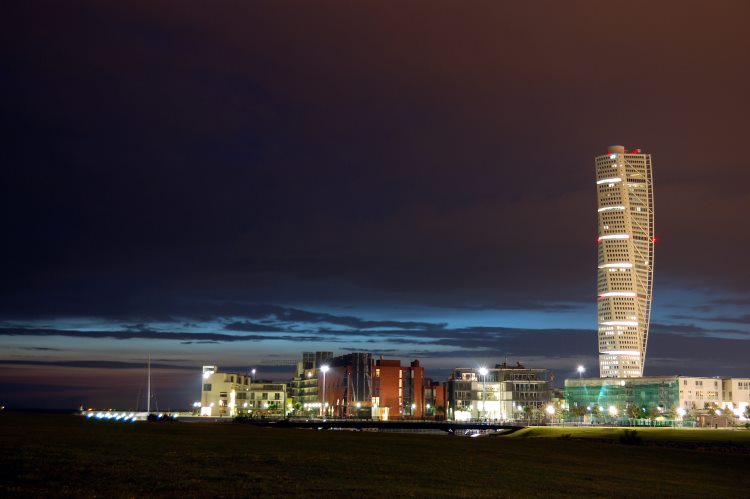 Malmö enjoyed a makeover for its two stints as host city. Image by bjaglin / CC BY 2.0

Eurovision may not have a reputation for being ‘cool’, but Malmö, the event’s host in both 1992 and 2013, is a city that has successfully transformed itself from dingy to de rigueur. Set designers for the contest of 1992 drew upon Sweden’s history with an elaborate Viking ship stage, but the modern-day Malmö is far more forward-thinking. From the innovative Turning Torso apartment block to the Moderna Museet Malmö and the Form/Design Centre, this cutting-edge city gives the design-conscious traveller plenty to look at, while restaurants Bastard and Salt och Brygga hold up their end of the bargain with unique, modern Swedish menus. So, if Malmö can do it… 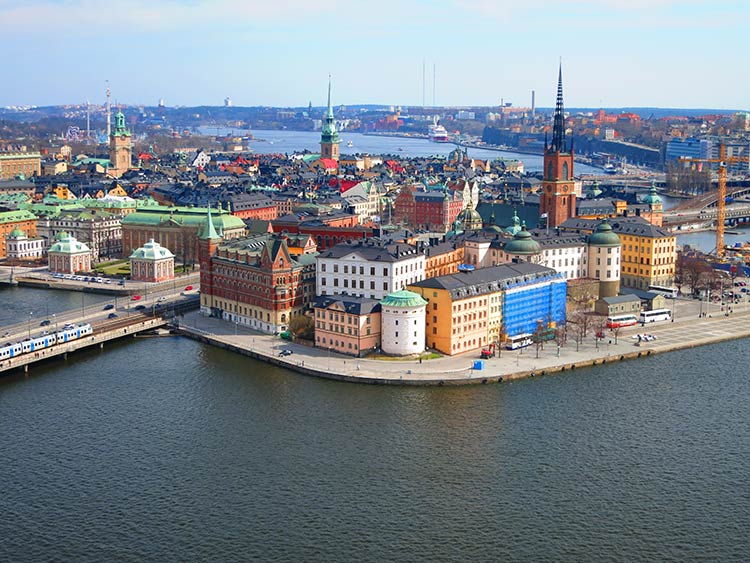 Stockholm, home to a slice of essential Eurovision history: ABBA The Museum. Image by edward stojakovic / CC BY 2.0

Without Eurovision, ABBA may not have existed. Imagine! Winning the 1974 contest with their disco anthem Waterloo catapulted the Swedish quartet to superstardom, and led to Stockholm hosting the show the following year. 1975 was also the year the current voting system was implemented, paving the way for decades of political point-scoring and years of frustration for Eurovision stalwart and veteran presenter Sir Terry Wogan. No self-respecting Eurovision fan could visit Stockholm today without paying homage to Agnetha, Bjorn, Benny and Anni-Frid; ABBA The Museum lets you relive the glory days in all their spandex-tastic splendour. 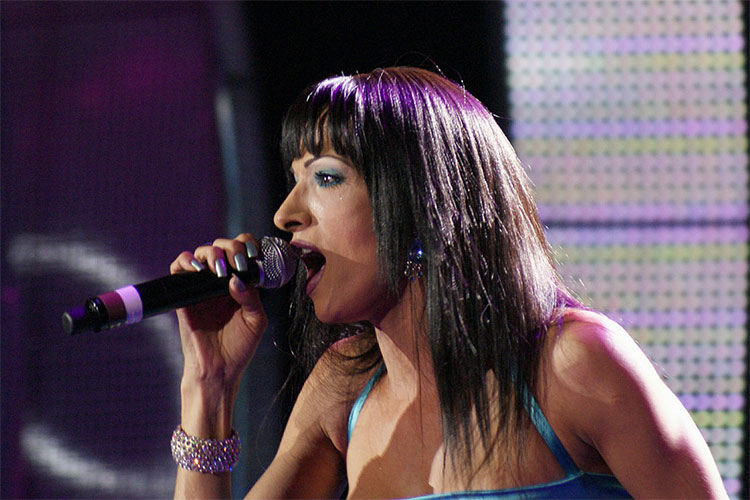 Eurovision has always been the ultimate collision of pop and politics, so bringing Israel into the fold – Jerusalem hosted in 1979 and 1999 – was guaranteed to ruffle a few feather boas. The controversy has continued this year, with well-meaning calls from a Danish MP to invite Palestine along too (while acknowledging, in a quite astonishing understatement, that Eurovision is not Palestine's biggest problem).

However, the far more pressing question for many EV fans, is can anyone ever top the performance of pop juggernaut Dana International? Transgender icon, winner of the 1998 contest with Diva, and voted 47th greatest Israeli of all time – those are big stilettos for this year’s entrant Mei Goldfine to fill.