A luxury rail journey combined with a coastal cruise is the hottest way to see western Canada and southeast Alaska. Each summer, thousands take a gourmet train journey through the Rocky Mountains, then admire the Inside Passage by sea.

If you’re an independent traveler, however, it’s possible to bypass the expense and crowds by piecing together your own rail tour and cruise. Canada's national rail company will take you through the Canadian Rockies from Vancouver to Prince Rupert. From there, a trip aboard a ferry on the Alaska Marine Highway offers a lovely tour of the Inside Passage all the way to Juneau. Here's how to make it happen.

Stage one: Vancouver to Jasper by train

The Rocky Mountaineer is famous for luxurious rail travel, but Canada’s national rail company VIA Rail also travels through the Canadian Rockies. Its train The Canadian heads regularly to Jasper from Vancouver.  It leaves in the evening, passing through the lofty range the following day.

Then it’s off on the swaying train into the night. An economy seat is the most budget friendly way to travel, but VIA also offers sleeper cabins with bunk beds and the fancy Prestige Class with a double bed. The bunks are a good compromise. Single cabins contain an armchair facing a toilet and sink and at night a single bunk slides down to fill the space. There’s a shared shower along the corridor.

Breakfast and lunch are included in the sleeper fare. Between meals, you can take in the scenery from the upper level of an observation car with curved windows.

As lunchtime approaches, the train enters the Rockies with its jagged gray peaks scarved in snow looming high above. As passengers gape, a staff member lectures on the geology of the area and the origin of the mountains.

It’s worth spending a day or two in Jasper before returning to the rails. The top of Whistlers Mountain has a good view of the peaks along the Icefields Parkway, easily reached by the Jasper Skytram. Or Jasper Motorcycle Tours will zip you out to nearby lakes and lookouts in a Harley-Davidson sidecar. A great place for dinner is the retro-chic dining room at Tekarra Lodge.

Back on the train

The next rail leg heads northwest to the port city of Prince Rupert. Part of the Grand Trunk Pacific Railway which was completed in 1914, this busy freight route runs past mountains, forests, rivers and tiny First Nations settlements.

The VIA Rail’s Jasper-Prince Rupert train doesn't offer sleeper cabins, rather this route operates as a two-day journey. Passengers sleep overnight in Prince George and continue to Prince Rupert the following day. There’s economy seating on this train, but by far the best choice is Touring Class with its Panorama Car - a specially built car with wrap-around windows.

Also accessible is a domed observation car similar to that on The Canadian. Meals are included for Touring Class passengers, which arrive on airline-style trays at your seat.

Leaving attractive Jasper Station mid-day, the train passes the highest peak in the Canadian Rockies, Mount Robson not long after. From here the train runs between the Rocky and Cariboo Mountains for much of the first day, providing impressive views.

The mountains give way to agricultural country around Prince George. At the end of the second day the terrain becomes jaw-droppingly gorgeous as the train passes more mountains from Smithers to the coast. The Kathlyn Glacier is visible along the route as is the sawtooth profile of the Seven Sisters range.

The only drawback to this train is its well-deserved reputation for being delayed. You’ll often find yourself stalled on a siding while a hundred or more boxcars trundle past.  It’s not unheard of for the train to arrive at Prince Rupert three hours late, pushing midnight. But that does mean you get to see the final mountain peaks by moonlight.

Prince Rupert is well worth a day of rest and relaxation. Enjoy top-notch sushi at Fukasaku, then catch a local bus out to the former North Pacific Cannery. This historic site is an example of industrial heritage done well. The timber buildings sit over a quiet waterway once noisy with boats and machinery.

Explore the Inside Passage

Now it’s time to take to the sea via the Alaska Marine Highway. Created in the 1960s, this ferry network stretches from the USA’s Washington State all the way to the Aleutian Islands.

Note that if boarding at Prince Rupert you need to clear US Customs at the dock, with the same entry requirements (eg ESTA pre-registration) as entering by air.

The Alaska Marine Highway is essential public transport as it reaches many coastal settlements inaccessible by road. It’s also a great option for an independent traveler. The ferries, such as MV Matanuska, regularly ply the Inside Passage and offer both cabins and lounge seating as well as inexpensive café food.

Cabins are simple but comfortable. Doubles have two bunk beds and a bathroom. For budget travelers, there’s an unexpected bonus – you’re allowed to set up a tent or sleeping bag on the uppermost deck, which is heated at night.

The passage from Prince Rupert to Juneau takes one or two days, but it’s never dull. The scenery is unbeatable. The ferry sails smoothly over the steel-gray waters, protected from the swells of the open ocean, and passes wooded islands, forested slopes and rugged fishing villages. The ship navigates its way between these remote settlements and every so often enormous snow-topped mountains come into view.

As both the state capital of Alaska and a busy cruise ship port, Juneau has plenty of amusements. Outside the city lies the Mendenhall Glacier, and the Glacier Gardens Rainforest Adventure tour. The history of Alaska is well explained at the Alaska State Museum. Exhibits explain everything from the state's Native Alaskan culture through the period of Russian rule, to its development as an American state.

The city’s flourishing food and drink scene can be explored via Juneau Food Tours, which takes visitors on a snack-fest of crab, salmon, cocktails and craft beer – and curious local specialties such as kelp salsa. It seems an appropriate end to a journey that’s been all about the senses, from the Rocky Mountains to the Pacific coast.

Tim Richards was hosted by Destination Canada, the Alaska Marine Highway, and Travel Juneau. Lonely Planet contributors do not accept freebies in exchange for positive coverage. 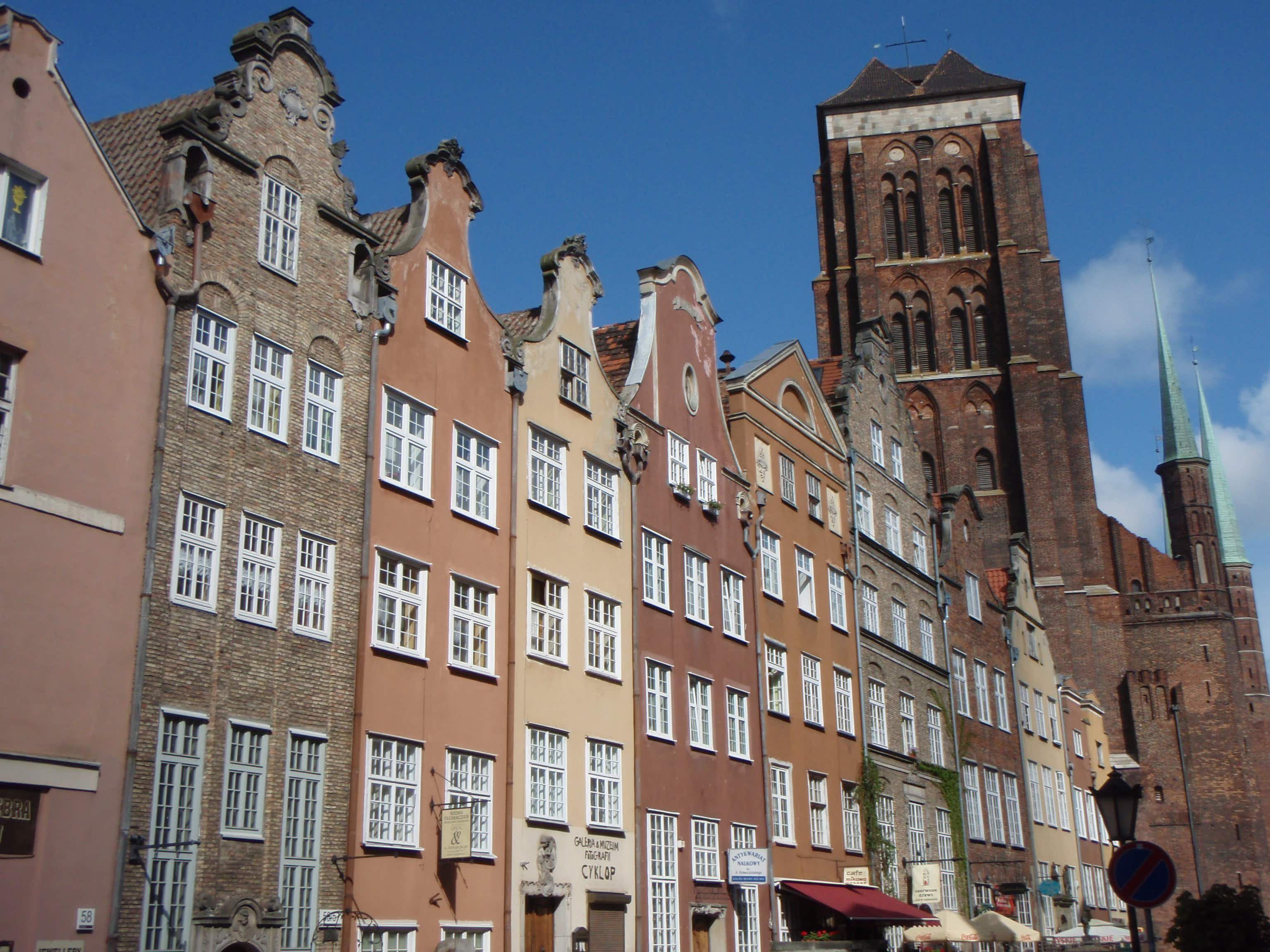 Walking the history of Gdańsk 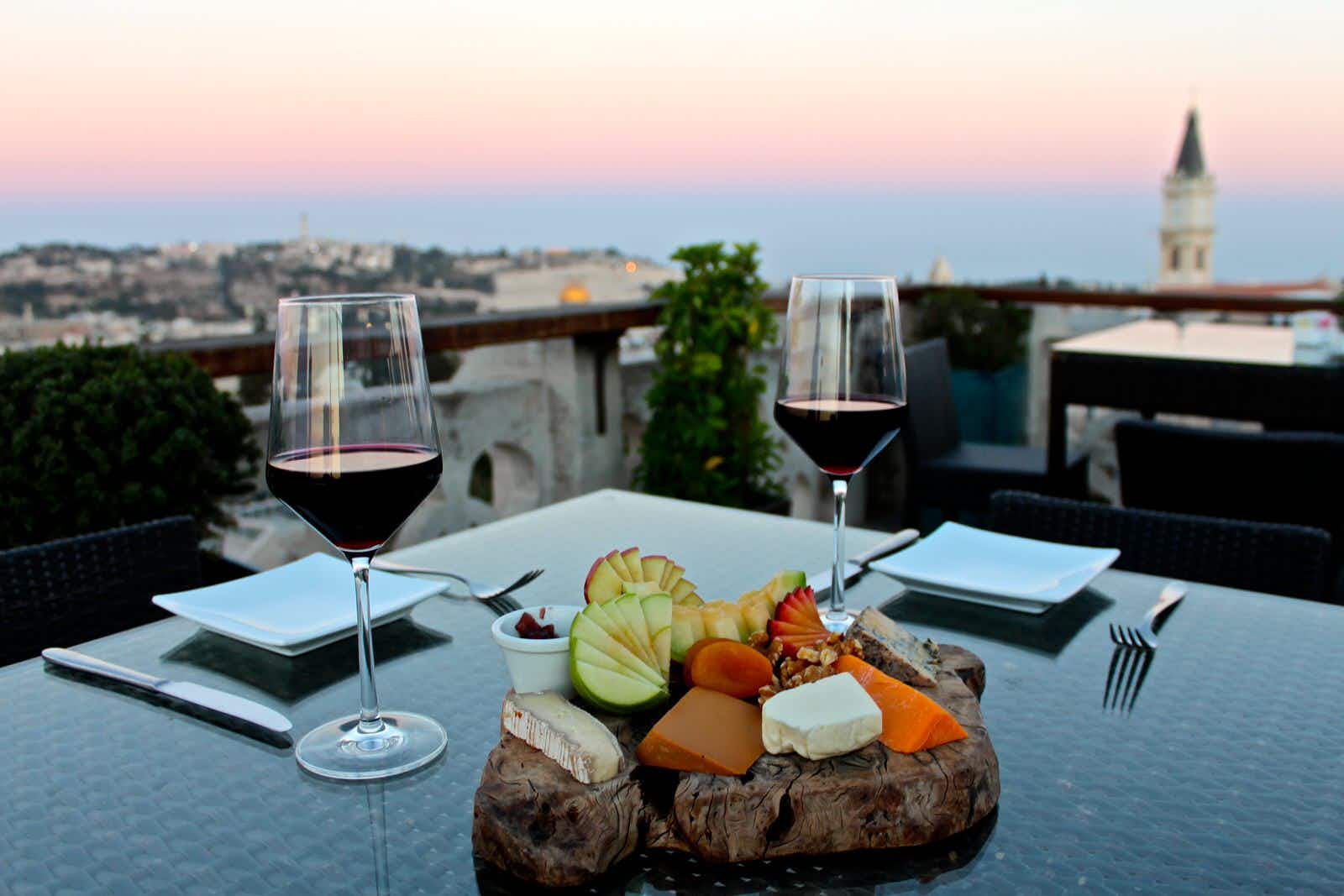 Take a break: the best cafes and bars in Jerusalem…