Celebrate the plate: food festivals worth travelling for

Food means festivity in every culture. Not only is eating usually essential to celebration, but many of the world’s great festivals owe their very existence to the pleasures of the table. From asparagus and truffles to sardines, chiles and rum, it seems almost anything can be (and has been) turned into an excuse for organised merriment.

Whether you travel to eat, or eat to travel, these fabulous food festivals repay the effort to get there. Mark your calendar, and loosen your waistband.

The anniversary of the death of António, the 13th-century saint revered by Lisboêtas as the city’s patron, is marked in Portugal’s capital with joyous street parties and two of the treasures of summer: basil and sardines. From 12-13 June, over 50 arraiais (street parties) animate the gorgeous historic neighbourhoods of Alfama, Castelo and Madragoa. The vinho verde (‘green’ or young wine) flows freely, the air is thick with song and the oily smoke of grilled sardines, and courting lovers plight their troth with the offering of manjericos (basil plants).

Stray beyond the festival and you can dive into the city’s permanent delights, including the 11th-century Castelo de São Jorge and the Unesco-listed Mosteiro dos Jerónimos.

Nowhere is asparagus, that edible harbinger of spring, as loved as it is in Germany. And no region of Germany exceeds Baden-Württemberg for the quality of its ‘white gold’ – the pale asparagus that connoisseurs prize for its delicate flavour. Schwetzingen, perched on a fertile plain between the Rhine and Neckar rivers, flies a proud flag as Spargelstadt (Asparagus City), home to the yearly asparagus festival, Spargelfest.

The arrival of Spargelzeit (asparagus season) is celebrated with feasts, music, hikes and the anointing of a fresh ‘Asparagus Queen’. Once you’ve eaten your fill, hit neighbouring Heidelberg, a venerable university town spreading out from the baroque Aldstadt (Old Town) that wraps itself photogenically around a half-ruined Renaissance castle.

Famed throughout the Southwestern states, Hatch chiles are grown along a section of the Rio Grande centering on the tiny New Mexican town of Hatch. Home to just 2000, Hatch surges with over 30,000 visitors every Labor Day (the first Monday in September), when the red-hot capsaicin extravaganza that is the Hatch Valley Chile Festival kicks off.

Notably sweet and spicy, Hatch chiles are an essential ingredient in Southwestern cuisine: try them in the stews, posoles (hominy soups), enchiladas and other pungent delights served by stallholders and champion chile-cooks throughout the two-day affair. Even if you don’t fancy your chances in the masochistic chile-eating competition, you’ll be in easy striking distance of the delights of southwestern New Mexico: the wilds of the Gila National Forest, including remarkable 13th-century cliff dwellings, and the quirky New-Age enclave of Truth or Consequences.

Few foods elicit the passion (and stratospheric prices) that the truffle does, and nowhere is more famed for its fungi than Alba, in northern Italy’s Piedmont region. Every autumn sees the arrival of the much-salivated-over white truffle, celebrated every weekend from mid-October to mid-November in the Fiera del Tartufo. The fair’s proud centrepiece is the White Truffle Market, where precious fungi from the Unesco-listed woods of Langhe-Roero and Monferrato are sold in the Cortile della Maddalena, a historic piazza at the heart of this Roman city.

Nassau, that infamous old pirates’ lair in the heart of the Bahamas, is the ideal setting for RumBahamas, perhaps the world’s foremost celebration of the spirit of the sugar cane. The crumbling bastions of Fort Charlotte – a huge Georgian fort that was built to defend British wealth against seaward depredations, but never called into action – find their true calling on this long weekend of parties, food and the best rums from across the Caribbean, North Atlantic and Latin America. Nassau itself is the urban heart of the Bahamas, home to the nightly conch-and-sky-juice party that is the Fish Fry, strewn with historic buildings, and serving as the gateway to the natural splendour of the islands, not least the vast diving mecca of the Exuma Cays.

Where to find the piece of cod that surpasseth all understanding? Nowhere other than the Lofoten Islands in Norway’s wild northwest. These frigid, pure waters are home to a fish prized in many of the world’s best kitchens: skrei, or wild Arctic Cod. Between January and March each year huge populations of this fish swim from the icy Barents Sea to spawning grounds in Lofoten. This annual bonanza in turn spawns March’s Skreifestivalen, a three-day celebration of deep-sea fishing trips, local-craft fairs and plenty of chances to enjoy the firm, nacreous flesh of the skrei (perhaps with liver and roe, or in creamy traditional soups).

Once you’ve eaten your fill take a spin on the E10 highway, which links all the islands of this archipelago of otherworldly beauty, for the drive of a lifetime.

Beaujeu, the medieval capital of the Beaujolais wine region, is the ideal place to celebrate the annual release of the Beaujolais Nouveau. A fruity, lively young wine made from dark Gamay grapes, Beaujolais Nouveau is fermented for only six weeks before its release, at midnight on the third Thursday in November – an occasion that triggers joyous celebrations across France. But the party begins a little earlier in this vine-tangled little town: on the preceding Wednesday a bibulous street party, the Sarmentelles de Beaujeu, kicks off, inaugurating five days of wine, music and dance.

Within striking distance of Beaujeu lie delectable villages such as Vaux-en-Beaujolais, renowned crus (vintages) such as Villié-Morgon,  Fleurie,  Juliénas,  Moulin-à-Vent and St-Amour Bellevue, and of course Lyon, a city with a fair claim to being France’s capital of gastronomy.

Hungry for more edible inspiration? Tuck into our new book Ultimate Eatlist for 500 of the world’s top foodie experiences... ranked! 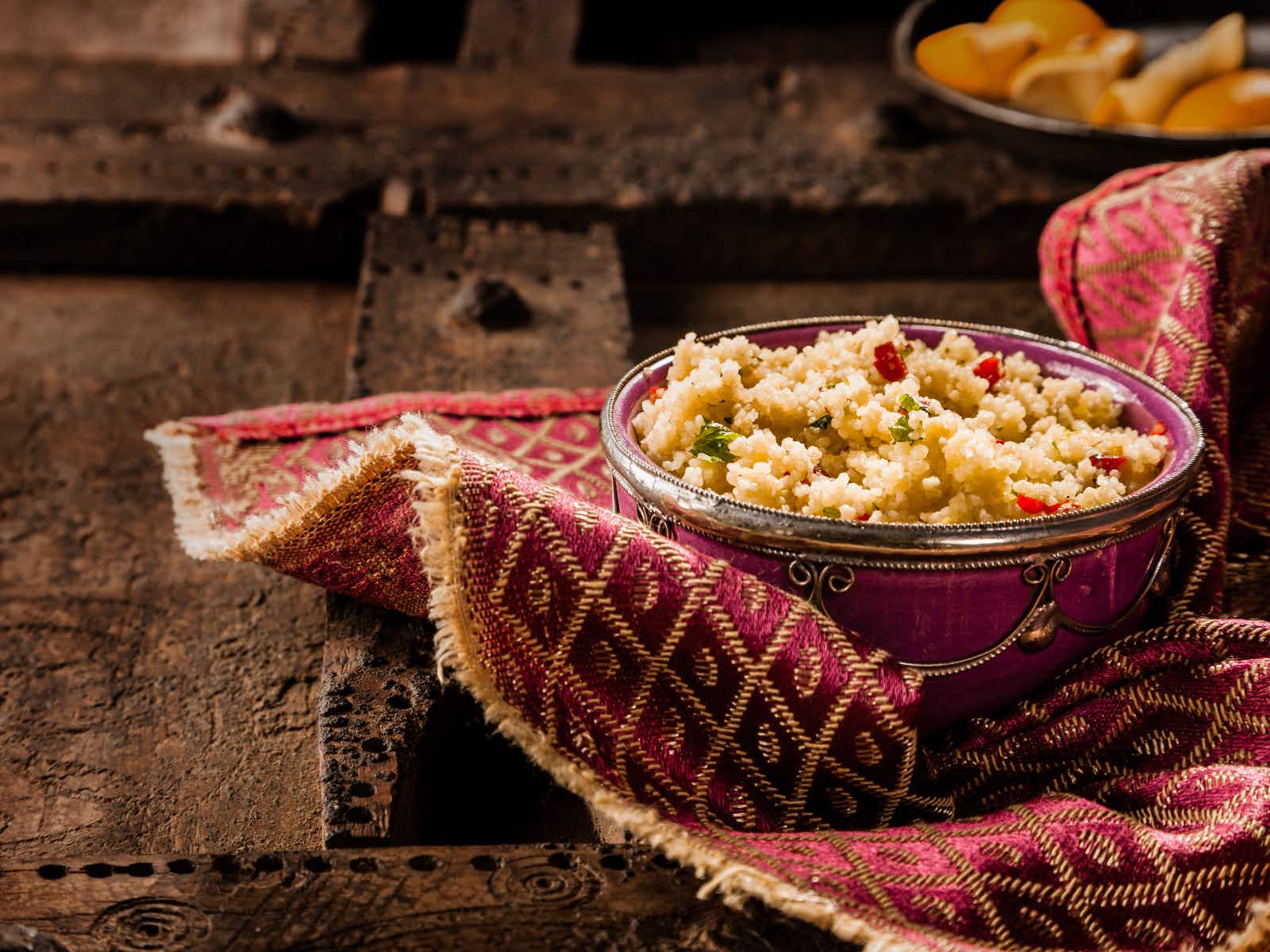 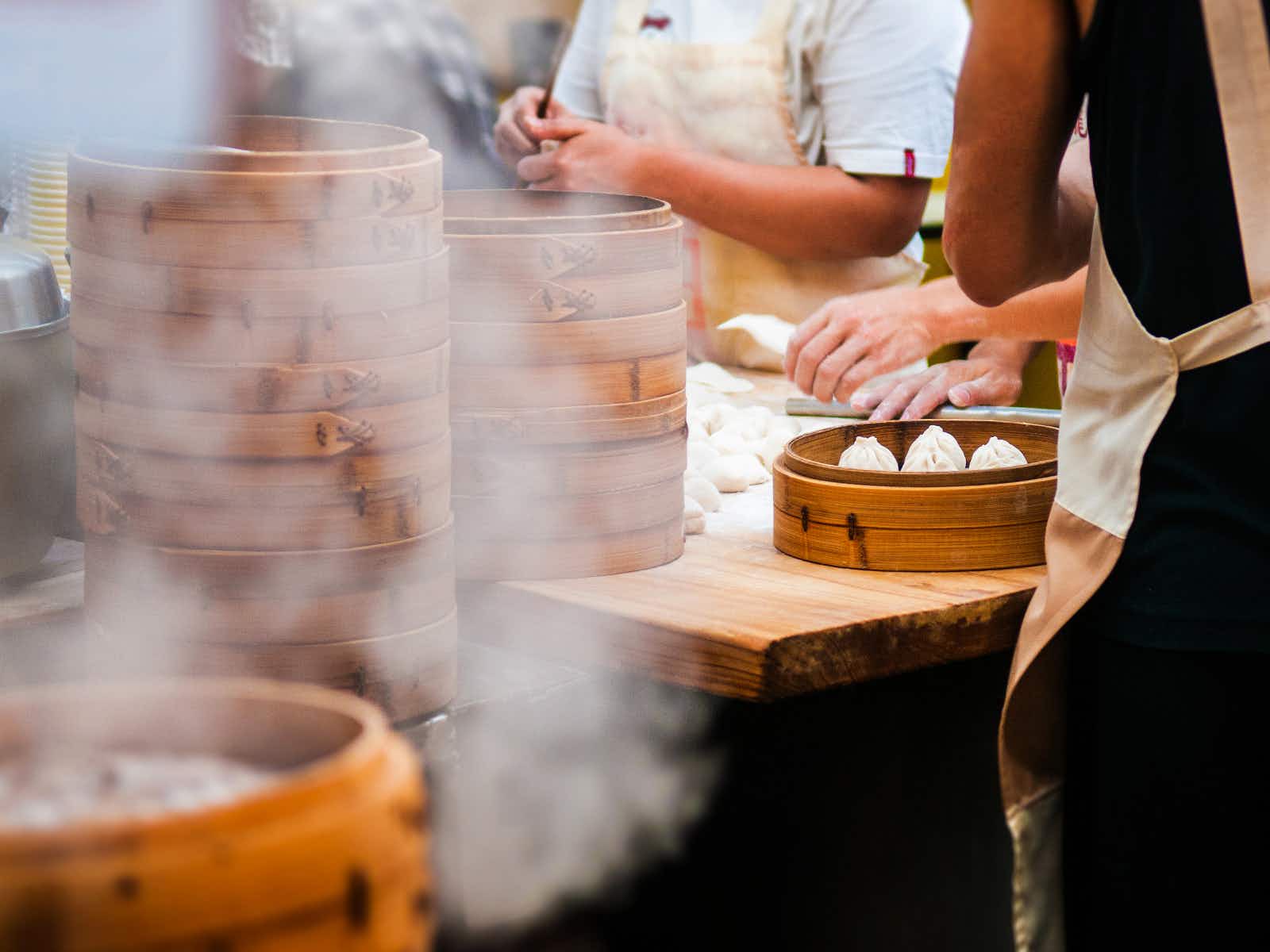 Hometown heroes: iconic foods from around the world