Black cabs to buzzing bars: an insider's guide to Belfast

A raucous party town with a dynamic young population that keeps the city on trend, Belfast will invariably confound expectations. Its transformation from political pariah town to cosmopolitan metropolis continues apace, and as the Northern Irish capital continues to negotiate its relationship with its past, its eyes are firmly on the future.

Belfast's City Hall, the city and the sea stretching out behind its grand copper dome © IIC / Axiom / Getty Images

For a time after the breakout of peace in the late 1990s, local tourist authorities pointedly looked to shift tourist focus away the sectarian conflict that dogged the city for over three decades toward a less contentious heritage, like the construction of the world’s most famous shipwreck. Understandable, but pointless: Belfast is one of those places where recent tumults are both engaging and safe to examine at relatively close quarters.

Stormont, on the outskirts of Belfast, hosted peace negotiations and is the home of the Northern Ireland Parliament © M-image / iStock / Getty Images

The most popular way to do it is on a Black Taxi Tour or, as they’re known locally, the ‘bombs and bullets’ or ‘doom and gloom’ tours. A host of companies and local cabbies do them – you can pick one up on Donegall Square outside City Hall. They generally head up the (loyalist) Shankill Rd and down the (republican) Falls Rd, past the infamous Peace Wall and with stops on both sides to explore the colourful murals. Paddy Campbell’s Famous Black Cab Tours are recommended – they narrate the history of the Troubles in an energetic and charmingly idiosyncratic way: the one fact you’ll be sure of when you depart is that the Irish – of all political persuasions – are masters of gallows humour.

There’s gallows of a different sort in the notorious Crumlin Road Gaol, where you can walk the tunnel that runs beneath Crumlin Rd from the courthouse to the prison itself. The tour explores the tiny cells of C-Wing (in use until 1996), including the one kept for those condemned to death, before stepping into the chilling chamber where 17 men were executed between 1854 and 1961.

The Titanic: ‘fine when she left here’

Belfast’s reputation as a shipbuilding powerhouse reached its apogee with the launch of arguably the most famous vessel ever built, the RMS Titanic, built in the city’s Harland & Wolff shipyard for the White Star Line. The city’s connection to the ill-fated liner is reflected in the multimedia exhibits of the gleaming Titanic Belfast museum, an architectural head-turner on the head of the slipway where the ship was built. Inside you can see virtual recreations of the ship in its entirety and actual reconstructions of the passenger cabins; you can also buy a t-shirt with the words ‘she was fine when she left here’ – more Irish gallows humour.

Your ticket also includes entrance to the nearby SS Nomadic, the steamship that ferried posh passengers to the big liners from Cherbourg Harbour. The toilets alone are worth getting on board for.

The beast of the market and beyond

Like the rest of the island, Belfast has improved its dining game dramatically. The city is now full of good restaurants, for all budgets and palates. The gorgeous St George’s Market – Ireland’s oldest continually operating food market – is where you’ll find George’s, on the first-floor balcony. It serves delicious, locally sourced steaks, but the real treat is the mammoth Ulster fry known as ‘the beast of the market.’

If you fancy something a little healthier, then Home has you covered, with an inventive menu that caters to vegetarians, vegans and food intolerances. But perhaps the best-known spot in town is the perennially popular Mourne Seafood Bar, which does a roaring trade in fare from the sea – all fresh, all expertly cooked and presented. It’s also where you’ll find the Belfast Cookery School, in case you fancy an evening cooking lesson.

Everybody in Belfast has their favourite among this collection of 19th-century beauties. The most famous is the Crown Liquor Saloon, which is protected by the National Trust and is as popular with locals as it is with the steady stream of visitors that come to drink a pint in such gorgeous surroundings. Bittles on Victoria St is another traditional haunt, serving craft beers and ales against a backdrop of paintings of Irish literary heroes.

Personal favourites, though, are the Duke of York, which has great live music, and the John Hewitt, a great old pub where conversation is the only noise you’ll hear; it serves some great craft beers made in Lisburn’s Hilden Brewery and a gin made by the bar’s owner!

If Belfast’s old pubs are popular with traditionalists and tourists, the city’s pretty young things generally favour the growing selection of fashionable new bars for a good night out. One of the best spots in town is Love & Death – which is one part early 70s house party, one part Prohibition speakeasy and one part Brazilian funk club. The food is good, the cocktails delicious and the late-night dancing gets pretty hot.

Belfast's Cathedral Quarter is home to some of the city's best nightlife, including Love & Death and Muriel's © Anthony Livingstone / 500px

For those pleasant evenings, the rooftop Perch is a popular spot, even in winter, when you can wrap yourself in a blanket and warm yourself with a boozy hot chocolate. Muriel’s Café-Bar, named after a milliner with a side-trade in sexual favours, plumps for velvet seating, big mirrors and chandeliers for that retro-chic vibe; they have a pretty decent gin menu (Muriel’s favourite tipple) and a stylish clientele.

Finally, if you’re looking to mix it up but don’t fancy schlepping all over town, there’s always the Filthy Quarter, made up of four separate bars: cocktail bar Filthy Chic; Gypsy Lounge, with a DJ playing from a converted caravan; the Secret Garden, a not-so-secret two-storey beer garden; and Filthy McNastys, with live music every night.

Escape the concrete via Napoleon’s Nose and the Tropical Ravine

Belfast might not be best known for its green spaces, but this is a small city surrounded by lush countryside. There are fabulous views from Napoleon’s Nose, as the top of Cave Hill is called here; on a clear day you can see as far as Scotland.

At the summit you’ll find an adventure playground and McArt’s Fort, an Iron Age structure where, in 1795, Wolfe Tone and his United Irishmen met to swear allegiance to the struggle for Irish independence. To get here, there’s a 3.5km path from the car park of Belfast Castle that leads through a series of caves (hence the hill’s proper name) up to the summit.

You don’t have to leave the city limits for a bit of greenery: off the Upper Malone Rd is the Sir Thomas & Lady Dixon Park, once a private estate on which US troops were billeted during WWII. The park is today home to a series of public gardens, including a spectacular rose garden with more than 45,000 flowers.

But even it pales in comparison to the gorgeous Botanic Gardens, home to Charles Lanyon’s Palm House (1852) and a huge red-brick greenhouse called the Tropical Ravine, inside which is a jungle of tropical plants that you can explore via a raised walkway.

Bikes, a silent cinema and the Giant’s Ring: beyond the City

The view from the top of Cave Hill will give you a glimpse of life beyond the city, but it’s at ground level that you’ll really appreciate just how much there is to see and do. Northeast of the city, just north of Holywood (one ‘l’ less and only marginally less glamorous), is the Ulster Folk Museum, an exploration of Irish life over the last few centuries. From rural village life to industrial urban landscapes it’s all here, as well as a 19th-century corner shop selling sweets and a silent cinema from the 1900s.

For more history, join Belfast Bike Tours for a 2½-hour guided tour of the Lagan Valley south of the city; here you’ll visit the prehistoric Giant’s Ring, a huge grass circle with a dolmen known as the Druid’s Altar. The cycle along the towpath that runs along the west bank of the Lagan is a pleasant one – you can go 20km, as far as Lisburn (Belfast Bike Tours also rents bikes, or you can walk it); the Cutters Wharf has a nice terrace overlooking the river and is a decent spot to refuel. 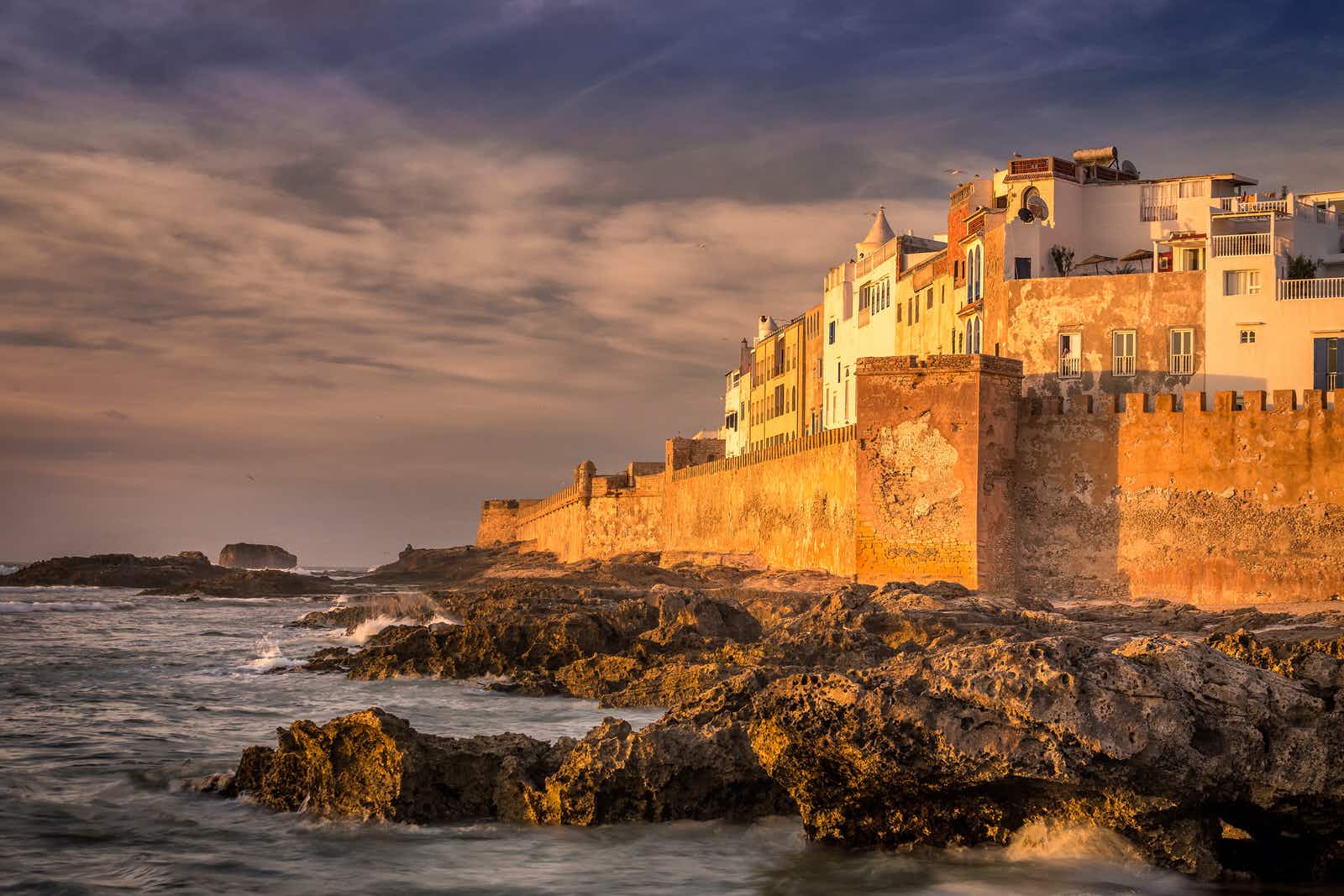 Essaouira on a budget: what to see and where to… 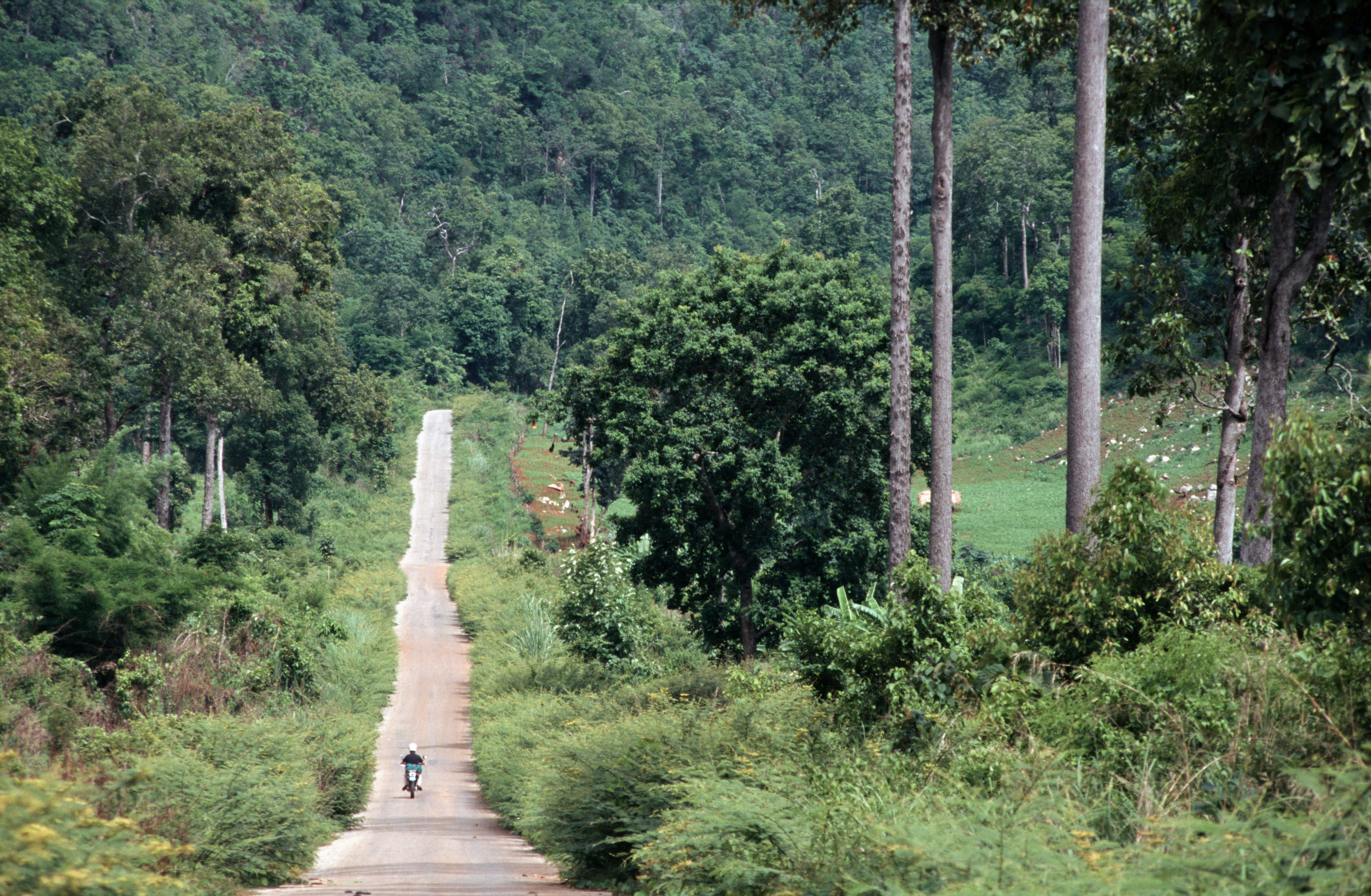