Bait a hook: top 10 fishing spots around the world

Whether it’s pinning down piranha, battling black marlin or shrimping on horseback, fishing offers holiday fun and local insight. Not to mention dinner.

Aurora borealis, reindeer herds, snow: Russia’s Kola Peninsula is a winter wonderland beyond compare. But come spring, this Arctic eden morphs into a different kind of paradise: salmon heaven. Each May, fisherfolk flock to the Kola’s 123km-long Umba River to cast for some of the finest, fattest Atlantic salmon on earth. The Umba is believed to have up to five salmon runs per year, making for an almost endless flow of fish. But nothing comes easy here: the Umba is isolated, the wading tough going, and anglers have to share their space with the greatest fish fans of them all: bears.

The Umba salmon season is May to the end of October, catch-and-release only. Head to  murman.ru/guide/tourism/fishing-eng.shtml for info on fishing tours.

Venture to Russia's Kola peninsula for a taste of solitude (and salmon). Image by Alf Sollund, AKA / Getty Images

On Australia’s Great Barrier Reef, anyone with a snorkelling mask can find Nemo. But it takes a tough cookie to land a legend. The giant black marlin is one of the most coveted catches on the planet: weighing up to 750kg and able to swim up to 130km per hour, it has the ability to turn hardened game fishers (and, after several hours in battle, their wrists) to jelly. The stunning 250km stretch between Cairns and Lizard Island is the best place on earth to hook one: more giant black marlin are caught in these waters than in the rest of the world combined.

Y’all hungry? Git noodlin’! Also known as cat-daddling, gurgling and hillbilly handfishing, noodling is the not-exactly refined art of shoving your hand into an underwater hole, waiting until you get bitten by a flathead catfish and wrestling the thrashing ‘mudcat’ to the surface. Noodling has its drawbacks (catfish have a lot of teeth, and you never know what is lurking in that hole) but the sport isn’t just for masochistic kicks: Native Americans were highly skilled handfishers, and in many southern states, the practice has become a much-valued tradition passed down over generations. Solo noodling is a no-no; an online search will bring up plenty of expeditions for the wannabe cat-daddler.

Think ‘Mongolia’, and it’s yaks, nomads and exceptionally salty tea that probably spring to mind. But this remote central Asian outpost – more famous for steppes than streams – is one of the last remaining havens for the world’s largest trout species, the taimen. A fierce, cannibalistic monster (they’re known locally as ‘river wolves’), taimen can grow up to 2m and smash the scales at 90kg; fishing for these whoppers is not for the faint of heart or the feeble  of arm. The fish can live for up to 50 years, giving determined taimen trollers a lifetime to land the perfect beast.

Catch-and-release of taimen is strictly enforced. Mongolia’s fishing season is June to November.

It can happen to anyone: a few enjoyable hours watching piranha B-movies, and then bam! Aquaphobia! Since swimming is now off, why not spend your spare time fishing for the demons that turned you into a neurotic mess? Head to Manaus, capital of the Brazilian state of Amazonia, and join one of the many tours that offer piranha fishing (and in some cases, eating). A hunk of meat lands them by the dozen but their razor teeth can cut through steel hooks as well as fingers. Exercise caution: in this fishing story, the only one that gets away should be you.

July to October is the dry season in the Amazon, and a dangerous time for piranha fishing, as the fish are hungry and aggressive. Tours can be organised through the Ariau Amazon Towers hotel in Manaus (ariautowers.com).

Careful, they bite back: admiring a nice set of chompers on an Amazonian piranha. Image by David Parsons / E+ / Getty Images

If you find rubbernecking an irresistible pastime, head to Oostduinkerke, on Belgium’s southwest coast, where prawn fishermen – paardenvissers in Flemish – use not shrimpers but sturdy stallions to harvest the North Sea’s fruits de mer. For the last 500 years, the fishermen have galloped into the sea on horseback, their steeds dragging nets and a wooden carriage (to scare the shrimp to the surface) through cold, crashing waves in a tradition recently recognised by Unesco as being of ‘intangible cultural heritage’. This four-legged fishing is best left to the experts, but lucky visitors can score a ride in the shrimp-scaring rig.

A shrimp fisherman and his plough horse in Oostduinkerke, Belgium. Image by Emilie Chaix / Getty Images

For an adrenaline rush that really will send you reeling, head to the Congo to hunt down the goliath tigerfish, a terrifyingly toothy brute with a temper just as sharp. Africa’s equivalent of the piranha, this aggressive predator has a history of attacking humans, and has been known to maul birds in flight. Growing up to 1.5m and weighing in at 70kg-plus, the mbenga (as it’s known locally) is no easy catch: dangerous day-long battles have made it one of the world’s greatest sports fishing challenges.

If you want to battle the mbenga, you must join an organised excursion for your own safety. The best time to catch one is during the Congo’s dry season, June to October.

Do you like to dig holes in ice and stare into them for a long time? Then the central-Minnesota town of Brainerd is your dream destination. The annual Brainerd Jaycees Ice Fishing Extravaganza is the largest of its kind in the world, attracting more than 12,000 hopefuls keen on the cold… and on hooking themselves a cool US$150,000 worth of prizes. Organisers pre-drill 20,000 holes into the thankfully very well-frozen Gull Lake, from which (d)anglers pull up walleye, perch and bass.

Head to icefishing.org for full details on the Ice Fishing Extravaganza held each January.

The word ‘squid’ mightn’t conjure up the warm-and-fuzzies right now, but after a night on Halong Bay, that will change. Dozens of junks ply the bay’s jade-green waters on moonless evenings, fishing for the slippery little cephalopods that go into the region’s best-known speciality: squid sausages. With only a bamboo rod, a catch net and a lamp to attract the squid to the surface, anyone can hook themselves an impressive 30-plus squid in just a couple of hours. The stillness of the bay dotted by the dreamy reflection of the lamps makes for a contemplative, romantic evening.

Squid season in Halong begins in April and runs through until January: the biggest squid are caught between October and November.

Tierra del Fuego is Spanish for ‘Land of Fire’, and au fait fly-fishers couldn’t agree more: when it comes to trout, this place is hot. The archipelago boasts the world’s best sea-run brown trout angling: the minimum average weight of the region’s brown trout is 4kg (one in 50 catches are said to be 11kg or above), and the Rio Grande teems with an estimated 70,000 of the prized fish. Being at the end of the earth, Tierra del Fuego can be hard to get to, but Rio Grande’s mammoth trout statue will let you know you’ve arrived.

Despite the abundance of trout, there are strict fishing restrictions on Tierra del Fuego: catch-and-release firmly applies. The fishing season is from December until mid-April. 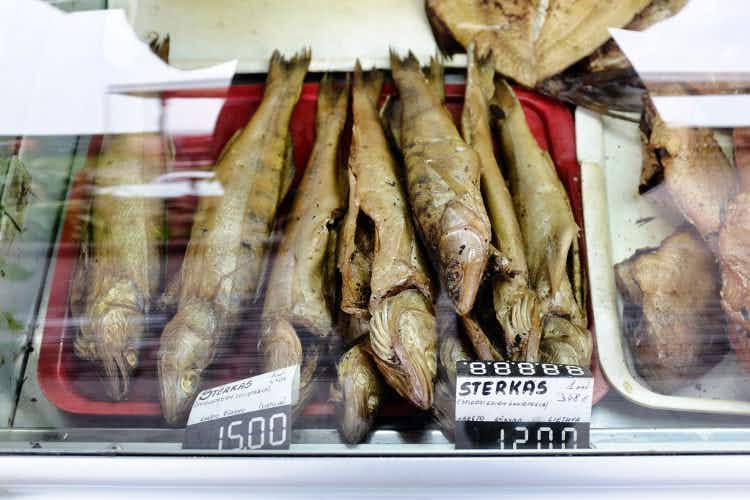 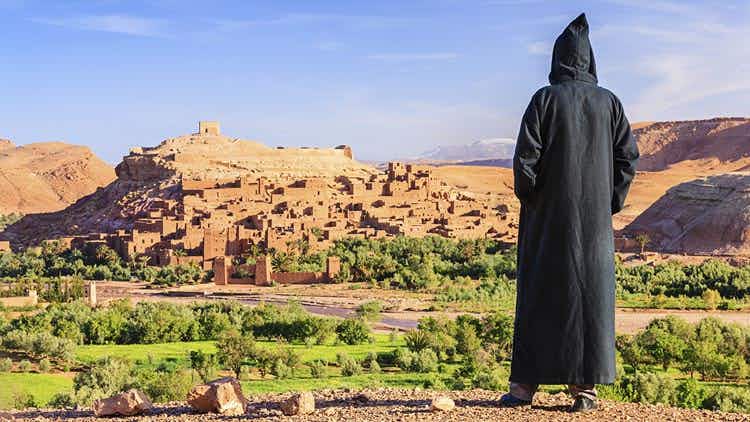