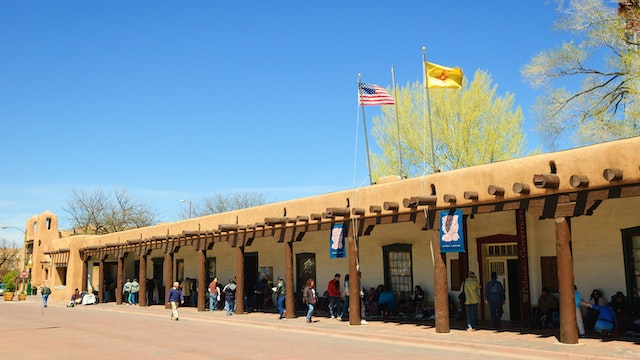 The oldest public building in the US, this low-slung adobe complex began as home to New Mexico’s first Spanish governor in 1610. It was occupied by Pueblo Indians following their revolt in 1680, and after 1846 became the seat of the US Territory’s earliest governors. During research the Palace was undergoing renovations; expect a new look after its scheduled 2020 reopening. The adjoining New Mexico History Museum engagingly tells the story of the state, beginning with the Spanish arrival in the 1500s.

The Palace entrance is located in the History Museum.