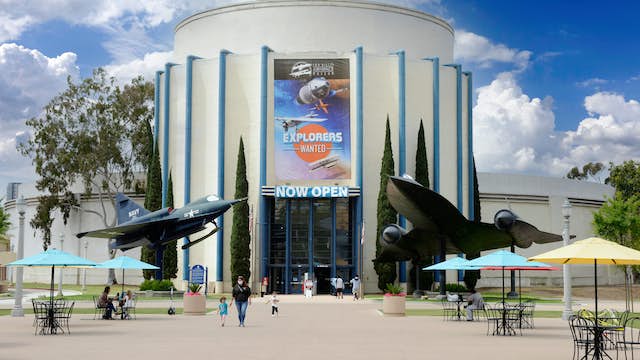 An ode to flight, the circular museum houses an extensive display of historical aircraft and spacecraft (originals, replicas and models), including a hot-air balloon from 1783, an Apollo command module and a Vietnam-era Cobra helicopter. Also look for memorabilia from legendary aviators such as Charles Lindbergh and astronaut John Glenn or catch films in the 3-D/4-D theater.