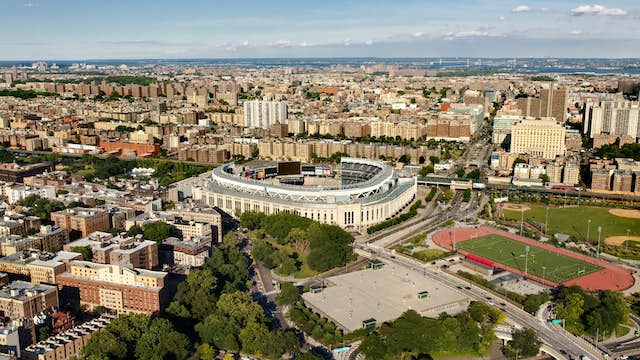 The Boston Red Sox like to talk about their record of nine World Series championships in the last 90 years…well, the Yankees have won a mere 27 in that period. The team’s magic appeared to have moved with them across 161st St to the new Yankee Stadium, where they played their first season in 2009 – winning the World Series there in a six-game slugfest against the Phillies. The Yankees play from April to October.

Hour-long guided tours of the site mainly run every 20 minutes between 11am and 1:40pm, and usually include the on-site museum, dugout, press box, clubhouse, field and Monument Park (home to plaques commemorating greats like Babe Ruth and Joe Di­Maggio). You can purchase tickets in advance through Ticketmaster (www.ticketmaster.com).