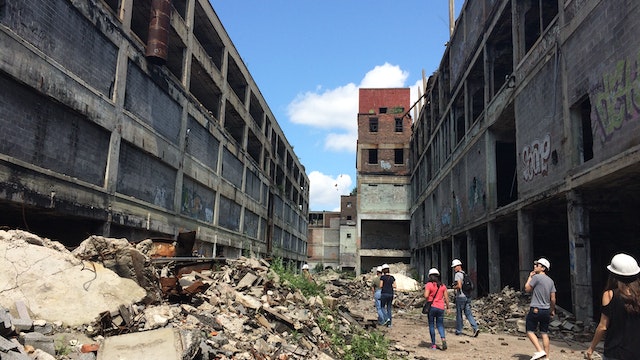 Renowned architect Albert Kahn designed this 3.5-million-sq-ft factory, which opened in 1905, but after years of neglect it became one of Detroit's most iconic ruins. Now, a Peruvian developer has plans to turn it into an office and entertainment complex over the next decade. Phase one of the project broke ground in 2017, but it has been progressing more slowly than anticipated due to finance issues. Meanwhile, you can tour the site on Saturdays with Pure Detroit. Book in advance.