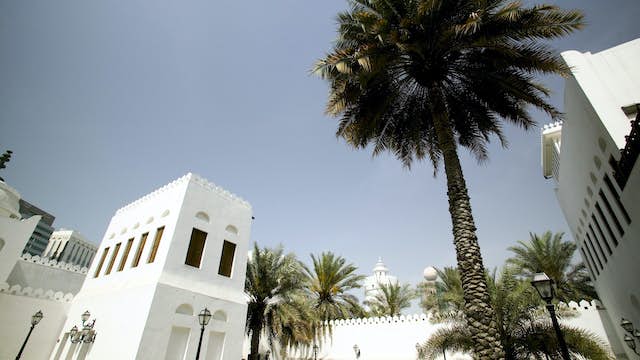 Featured on the back of the Dhs1000 note, this fort started life in 1760 as a watchtower that safeguarded a precious freshwater well. After an expansion, it became the ancestral home of the ruling Al Nahyan family in 1793 and remained a royal residence until 1966 (its watchtower is Abu Dhabi's oldest surviving structure). An extensive years-long restoration ground to the finish line in late 2018, and it was reopened as a cultural hub with historic exhibits and gallery space.