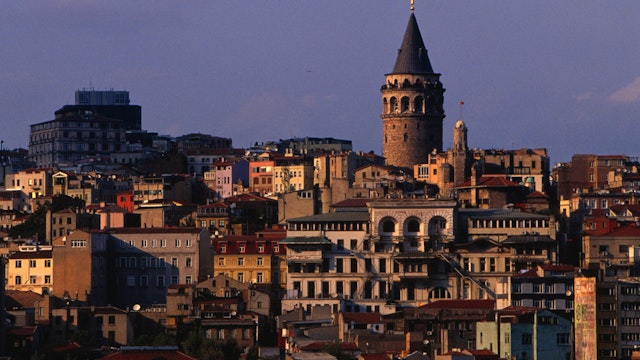 The cylindrical Galata Tower stands sentry over the approach to 'new' İstanbul. Constructed in 1348, it was the tallest structure in the city for centuries and it still dominates the skyline north of the Golden Horn. Its vertiginous upper balcony offers 360-degree views of the city, but we're not convinced that the view (though spectacular) justifies the steep admission cost, especially as the underwhelming on-site helicopter tour simulator costs an extra ₺15/12/10 per adult/student/child.

Be warned that queues can be long and the viewing balcony can get horribly overcrowded; there was a death when someone fell from here in 2019. An elevator goes most of the way to the top, but there is one flight of stairs to climb.