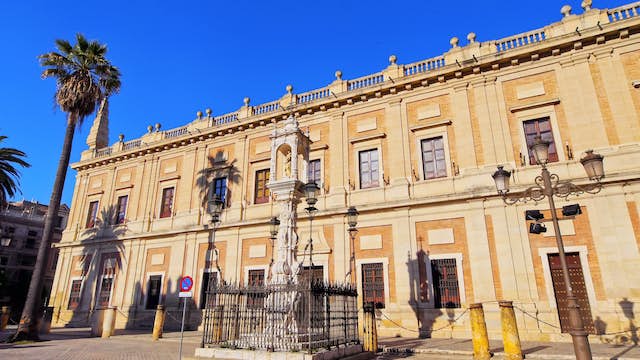 Occupying a former merchant's exchange on the western side of Plaza del Triunfo, the Archivo General de Indias provides fascinating insight into Spain's colonial history. The archive, established in 1785 to house documents and maps relating to Spain's American empire, is vast, boasting 7km of shelves, 43,000 documents, and 80 million pages dating from 1492 to the end of the empire in the 19th century. Most documents are filed away, but you can examine some fascinating letters and hand-drawn maps.

Information panels (mostly in Spanish) and a short film tell the full story of the building, itself an impressive sight, and recount the history of the archive. The Renaissance building, now a Unesco World Heritage site along with the neighbouring cathedral and Real Alcázar, was extensively refurbished in 2005.