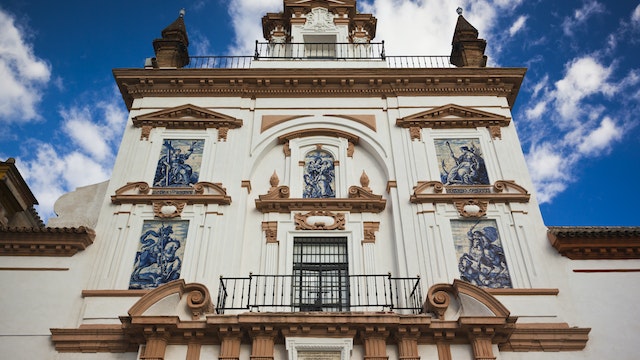 The Hospital de la Caridad, a sturdy building one block east of the river, was established in the late 17th century as a hospice for the poor and elderly. It was founded by Miguel de Mañara, by legend a notorious libertine who supposedly changed his ways after seeing a vision of his own funeral procession. The hospital's showpiece attraction is its gilded chapel, decorated with works by several Golden Age painters and sculptors, most notably Murillo, Valdés Leal and Roldán.

The hospital was famously pillaged by Napoleon’s troops in 1810 when a French officer named General Soult helped himself to four Murillo paintings from the chapel’s walls. These were never returned, though copies were made and hung up in place of the originals in 2008. See if you can spot the fakes.