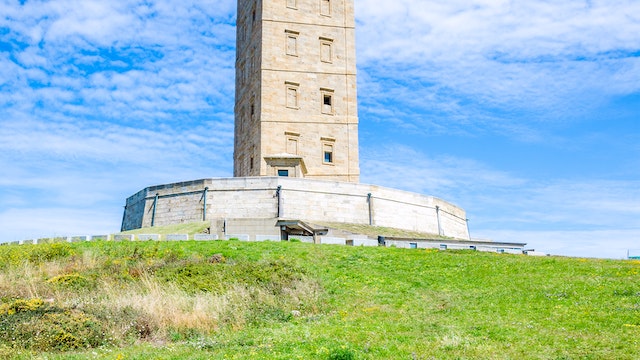 It was actually the Romans who originally built this lighthouse at the windy northern tip of the city, in the 1st century CE – a beacon on the furthest edge of the civilised world. The outer facing of the 59m-high tower was added in 1788–90, but the inside is mostly original Roman. Climb the 200-plus steps for great panoramas over the headland and its outdoor sculpture park. Buses 3 and 5 run here from Porta Real near Plaza de María Pita.

The headland on which the tower stands is a sculpture park with 18 diverse works by Galician sculptors that are well worth investigating.