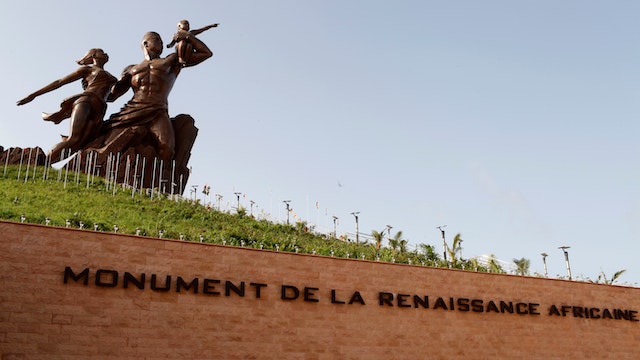 Allegedly Africa's highest statue, the African Renaissance Monument was unveiled in 2010 to commemorate Senegal's 50 years of independence from France. At 49m in height, it is taller than New York City's Statue of Liberty and Rio de Janeiro's Christ the Redeemer.

The bronze of a man, woman and child looking out to sea has been heavily criticized for its cost (over US$30 million). You can walk around the base for free; the entry fee is for the interior of the monument. A small display explains its construction, and an elevator whisks you up to the head of the male figure, boasting expansive views of Dakar.