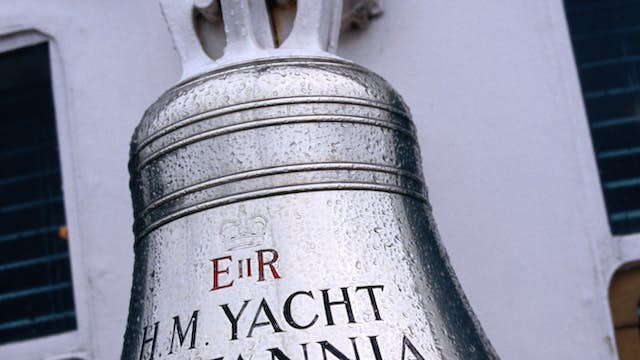 Built on Clydeside, the former Royal Yacht Britannia was the British Royal Family's floating holiday home during their foreign travels from the time of her launch in 1953 until her decommissioning in 1997, and is now permanently moored in front of Ocean Terminal. The tour, which you take at your own pace with an audio guide (available in 30 languages), lifts the curtain on the everyday lives of the royals, and gives an intriguing insight into the Queen's private tastes.

Britannia is a monument to 1950s decor, and the accommodation reveals Her Majesty's preference for simple, unfussy surroundings. There was nothing simple or unfussy, however, about the running of the ship. When the Queen travelled, with her went 45 members of the royal household, five tonnes of luggage and a Rolls-Royce that was carefully squeezed into a specially built garage on the deck. The ship's company consisted of an admiral, 20 officers and a 220-strong crew.

The decks (of Burmese teak) were scrubbed daily, but all work near the royal accommodation was carried out in complete silence and had to be finished by 8am. A thermometer was kept in the Queen's bathroom to make sure the water was the correct temperature, and when the ship was in harbour one crew member was charged with ensuring that the angle of the gangway never exceeded 12 degrees. Note the mahogany windbreak that was added to the balcony deck in front of the bridge: it was put there to stop wayward breezes from blowing up skirts and inadvertently revealing the royal underwear.

Britannia was joined in 2010 by the 1930s racing yacht Bloodhound, which was owned by the Queen in the 1960s. Bloodhound is moored alongside Britannia (except in July and August, when she is away cruising) as part of an exhibition about the Royal Family's love of all things nautical.

The Majestic Tour bus runs from Waverley Bridge to Britannia during the ship's opening times.