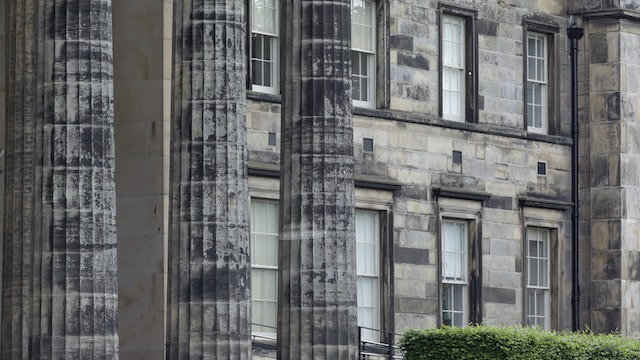 Edinburgh's gallery of modern art is split between two impressive neoclassical buildings surrounded by landscaped grounds some 500m west of Dean Village. As well as showcasing a stunning collection of paintings by the popular, post-Impressionist Scottish Colourists – in Reflections, Balloch, Leslie Hunter pulls off the improbable trick of making Scotland look like the south of France – the gallery is the starting point for a walk along the Water of Leith. Fees apply for some exhibitions.

The main collection, known as Modern One, concentrates on 20th-century art, with various European movements represented by the likes of Matisse, Picasso, Kirchner, Magritte, Miró, Mondrian and Giacometti. American and English artists are also represented, but most space is given to Scottish painters – from the Scottish Colourists of the early 20th century to contemporary artists such as Peter Howson and Ken Currie.

There's an excellent cafe downstairs, and the surrounding park features sculptures by Henry Moore, Rachel Whiteread and Barbara Hepworth, among others, as well as a 'landform artwork' by Charles Jencks, and the Pig Rock Bothy, a rustic timber event and exhibition space created in 2014 as part of the Bothy Project (www.thebothyproject.org).

A footpath and stairs at the rear of the gallery lead down to the Water of Leith Walkway, which you can follow along the river for 4 miles to Leith.