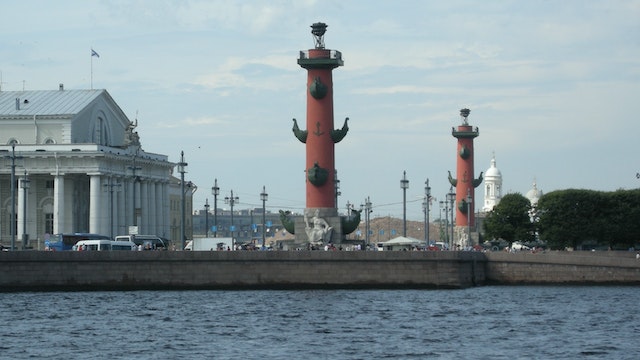 This eastern tip of Vasilyevsky Island is where Peter the Great wanted his new city’s administrative and intellectual centre to be. In fact, it became the focus of the city's maritime trade, symbolised by the colonnaded Customs House (now the Institute of Russian Literature) and the Old Stock Exchange. The Strelka is flanked by the pair of Rostral Columns, archetypal St Petersburg landmarks.

The Strelka has one of the best views in the city, with the Peter and Paul Fortress to the left and the Hermitage, the Admiralty and St Isaac’s Cathedral to the right.