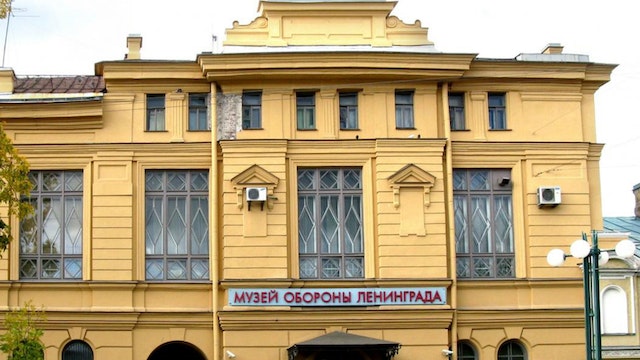 The grim but engrossing displays here contain donations from survivors, propaganda posters from the blockade period and many photos depicting life and death during the siege. You'll see the meagre bread rations as they dwindled by the month, drawings made by children trying to cope with the loss of family members, and snapshots taken during Shostakovich's Symphony No.7 – composed and played during the siege (by famished musicians), to show the world that Leningrad was not down for the count.

There's decent English signage, though it's worth investing in the audio guide which delves deeper into the experience of life during those horrific 900 days. This museum opened just three months after the blockade was lifted in January 1944 and boasted 37,000 exhibits, including real tanks and aeroplanes. But three years later, during Stalin’s repression of the city, the museum was shut, its director shot, and most of the exhibits destroyed or redistributed. Not until 1985’s glasnost was an attempt made once again to gather documents to reopen the museum; this happened in 1989.