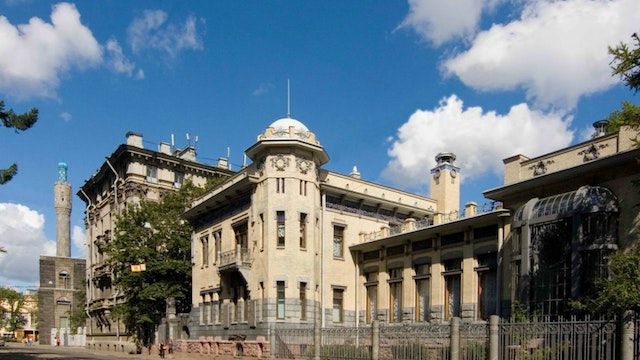 The elegant Style Moderne Kshesinskaya Palace (1904) is a highly appropriate location for this excellent museum – one of the city's best – covering Russian politics in scrupulous detail up to contemporary times.

The palace, previously the home of Mathilda Kshesinskaya, famous ballet dancer and one-time lover of Nicholas II in his pre-tsar days, was briefly the headquarters of the Bolsheviks, and Lenin often gave speeches from the balcony.

You could spend hours exploring this museum (indeed there are two separate audio guides for the sprawling collection). Don't miss the portrait of Nicholas II, which shows the bayonet cuts made by soldiers during his night of capture on 26 October 1917. Photos show some of the horrors of the Soviet days, including 1933 street scenes in Ukraine, with the streets sprinkled with those who had died of starvation – owing to Stalin's policies. The Lenin memorial room is unchanged since Soviet days, with an almost religious atmosphere. You can visit Lenin’s one-time office where he worked between the February and October Revolutions.