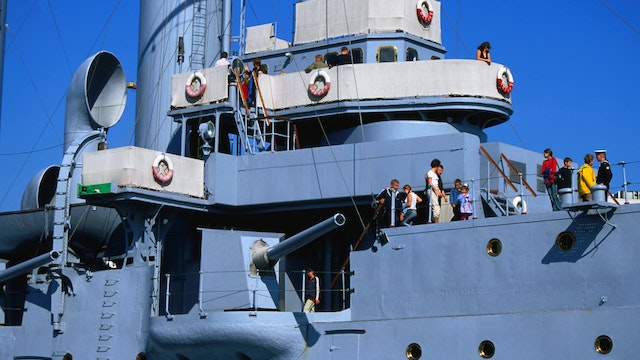 Moored on the Bolshaya Nevka, the Aurora had a walk-on part in the communist revolution. On the night of 25 October 1917, its crew fired a blank round from the forward gun as a signal for the start of the assault on the Winter Palace. Restored and painted in pretty colours, it’s a living museum that swarms with kids on weekends.

Launched in 1901, the Aurora saw action in the Russo-Japanese War and was sunk by German bombs in WWII. Inside you can view the crew's quarters as well as communist propaganda and a collection of friendship banners from around the world.