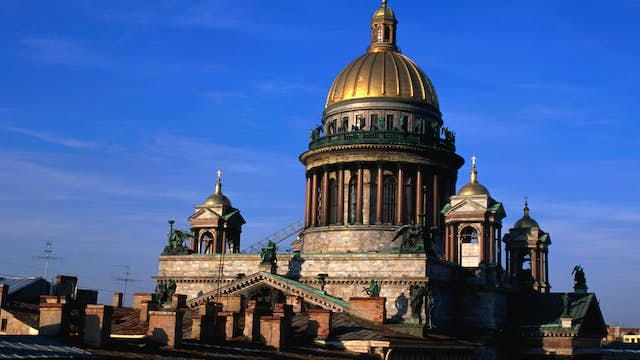 The golden dome of St Isaac’s Cathedral dominates the St Petersburg skyline. Its obscenely lavish interior is open as a museum, although services are held in the cathedral throughout the year. Many people bypass the museum to climb the 262 steps to the kolonnada (colonnade) around the drum of the dome, providing superb city views.

French designer Auguste de Montferrand began designing the cathedral in 1818, despite the fact that he was no architect. The cathedral took so long to build (until 1858) that Nicholas I was able to insist on an even more grandiose structure than Montferrand had originally planned. More than 100kg of gold leaf was used to cover the 21.8m-high dome alone.