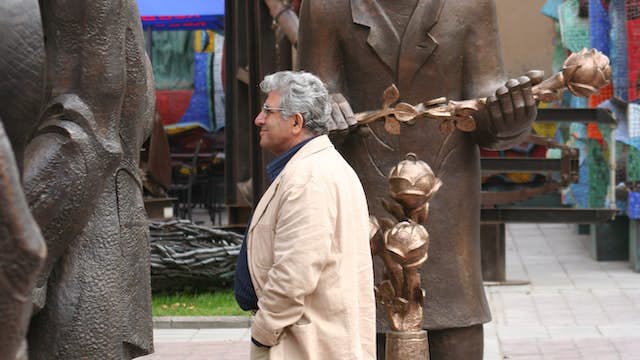 A pet project of the ubiquitous artist Zurab Tsereteli, this museum is housed in a classical 18th-century merchant’s home, originally designed by Matvei Kazakov (architect of the Kremlin Senate). It is the perfect light-filled setting for an impressive collection of 20th-century paintings, sculptures and graphics, which include both Russian and foreign artists. The highlight is the collection of avant-garde art, with works by Chagall, Kandinsky and Malevich.

Unique to this museum is its exhibit of ‘nonconformist’ artists from the 1950s and ´60s – those whose work was not acceptable to the Soviet regime. The gallery also hosts temporary exhibits that often feature contemporary artists. Be sure not to bypass the whimsical sculpture garden in the courtyard, where Tsereteli's own strange and kitschy works are on display. There are additional MMOMA outlets, used primarily for temporary exhibits, including the one on Tverskoy bul.