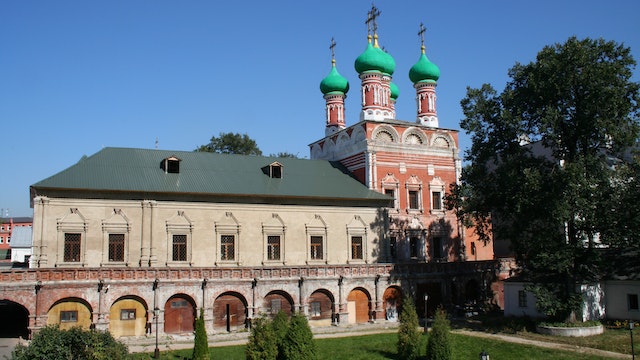 The Upper St Peter Monastery was founded in the 1380s as part of an early defensive ring around Moscow. The main, onion-domed Virgin of Bogolyubovo Church dates from the late 17th century. The loveliest structure is the brick Cathedral of Metropolitan Pyotr, restored with a shingle roof. When Peter the Great ousted the Regent Sofia in 1690, his mother was so pleased she built him this church.