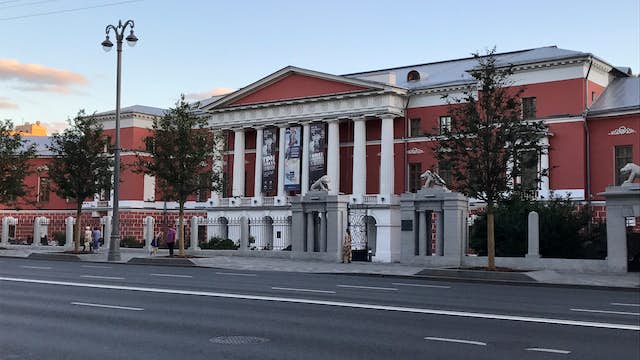 Complete with stone lions, this opulent mansion was built to host the English Club – a venue favoured by Anglophile gentlemen and native Brits in tsarist times. After a stint as the Revolution Museum in the Soviet era, it now houses exhibitions that trace Russian history from the 1905 and 1917 revolutions up to present days.

Reflecting the government's penchant for rewriting history, a popular joke goes that Russia is a country with an unpredictable past. That attitude manifested itself when the main section of the museum, dedicated to the 20th century, was closed for renovation in 2017, the year of the October Revolution's 100th anniversary – a date President Vladimir Putin is very uncomfortable with. Temporary exhibitions, including those dedicated to Putin's reign, were open at the time of writing.