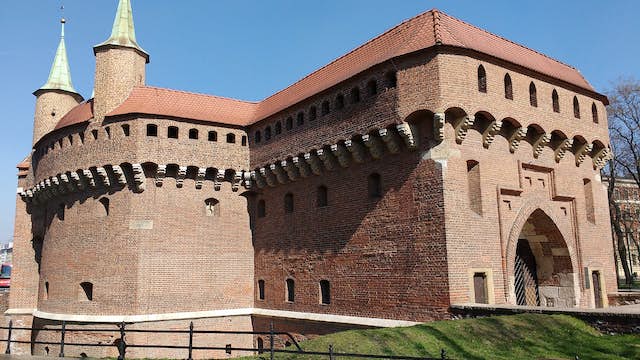 The most intriguing remnant of Kraków's medieval fortifications, the Barbican is a powerful, circular bastion adorned with seven turrets. There are 130 loopholes in its 3m-thick walls. This curious piece of defensive art was built in 1498 to protect the Florian Gate, and was once connected to it by a narrow passage running over a moat. These days, the Barbican and Florian Gate form a small museum on warfare called the City Defence Walls. One entry ticket gets you into both.