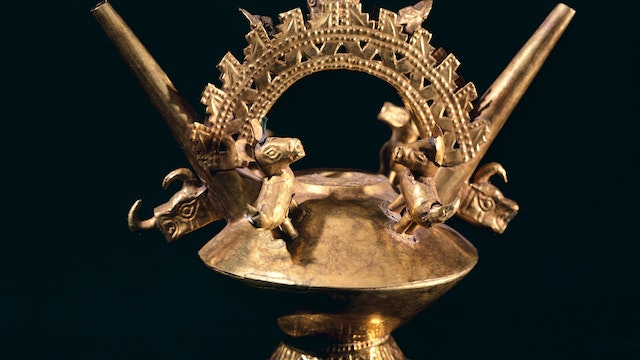 The now notorious Museo de Oro del Perú, a private museum, was a Lima must-see until 2001, when a study revealed that 85% of the museum’s metallurgical pieces were fakes. It reopened with an assurance that works on display are bona fide, though descriptions classify certain pieces as ‘reproductions.’ The cluttered, poorly signed exhibits still leave something to be desired.

Of greater interest (and, in all likelihood, of greater authenticity) are the thousands of weapons presented in the Arms Museum, on the ground floor. Here, in various jumbled rooms, you’ll find rifles, swords and guns from across the centuries, including a firearm that once belonged to Fidel Castro.

Go via taxi or combi from Museo de la Nación heading northeast on Angamos toward Monterrico and get off at the Puente Primavera. From there, it’s a 15-minute stroll north to the museum.